Couple gets COVID-19 booster, passionate about promoting it: 'Tell our story, and save a life'

On a Monday morning, you can find Susan Beam sweating, breathing hard and lunging up a hill.

Hitting the gym was something Beam never thought she would ever do, but now it's a priority for her.

At her heaviest, Beam says she weighed 283 pounds.

Three years ago, her grandmother passed away at 100 years old, and Beam says she decided to take a hard look at her health.

"I decided that obesity and longevity don't really mix, so it was time to do something for me," said Beam, as she pushes 25 pounds on a leg press machine at the gym.

Even when she was diagnosed with an aggressive form of breast cancer at 44 years old, Beam said she didn't make her health a priority and had to go through radiation, chemo and continues to take medicine to suppress her hormones. 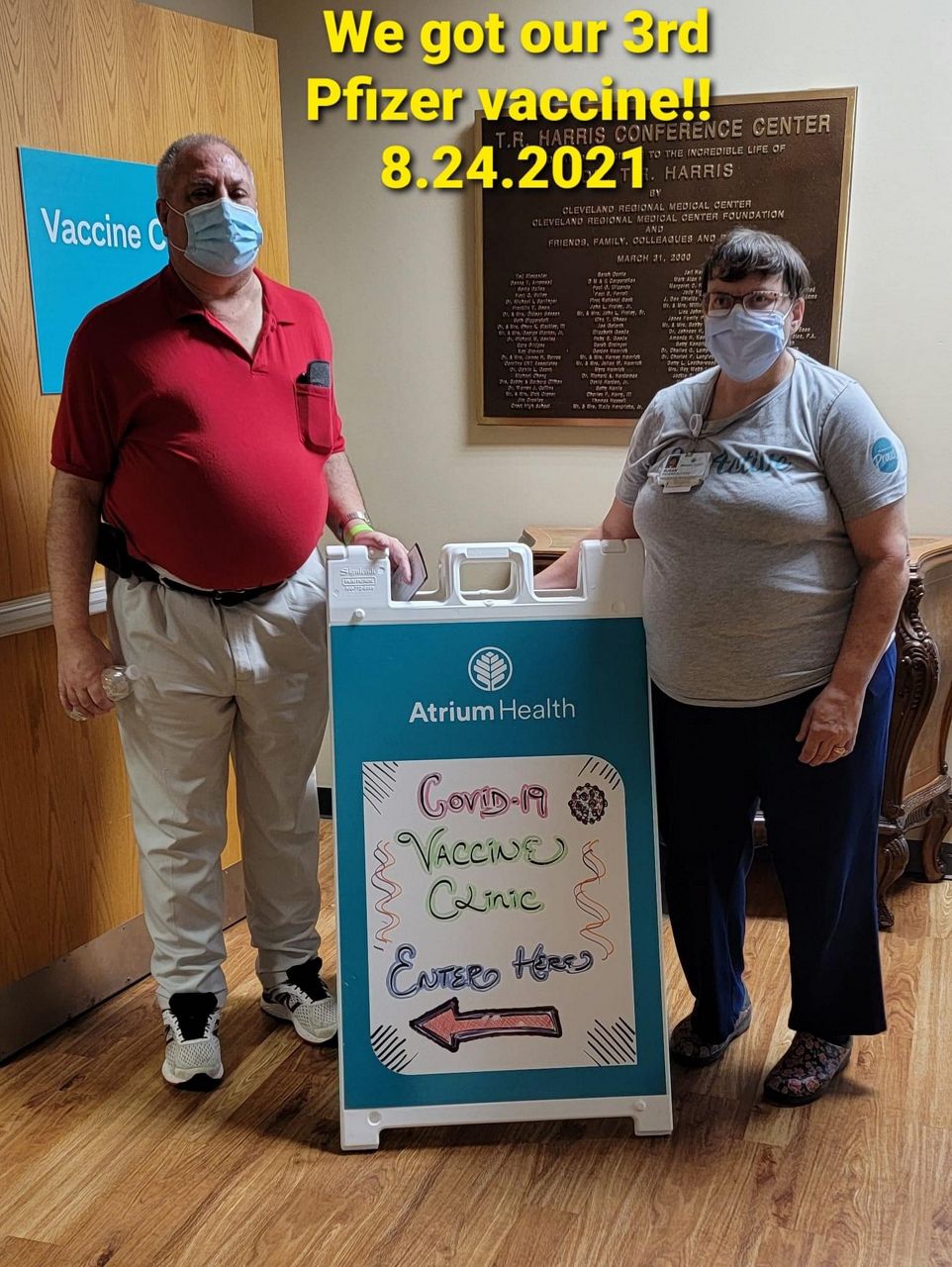 But the last few years she slowly got into working out.

"Just getting up was really hard, but I can get up fairly easily now," Beam said with a laugh.

Beam dropped over 100 pounds, but she knew her past health issues would be a problem for her if she were to get the coronavirus.

So she decided to get the COVID-19 vaccine.

"My father was an epidemiologist for the CDC, so preventative measures were ingrained to us as children, we even wore bright yellow bike helmets when we were kids. I swear you could see them from China," Beam said.

But she says she knows just the vaccine isn't going to protect her health, so that's why she goes to the gym several times a week.

Back in August, when the Pfizer booster shot was approved, Beam and her husband Stuart Beam went together as a couple to get the shot.

Her husband is also a cancer survivor and had kidney transplant, so he is on immunosuppressants so that his body will not reject the new organ. Stuart Beam doesn't even know if the vaccine is working, but he said he didn't want to take a chance.

“We both had the Pfizer and neither one of us had any problem," Beam said.

Susan and Stuart Beam posted a picture on social media the day they got the booster together. She says because they wanted to share their story.

"​If we can tell our story, and save a life, we never know how many people the story is going to touch," Susan Beam said.