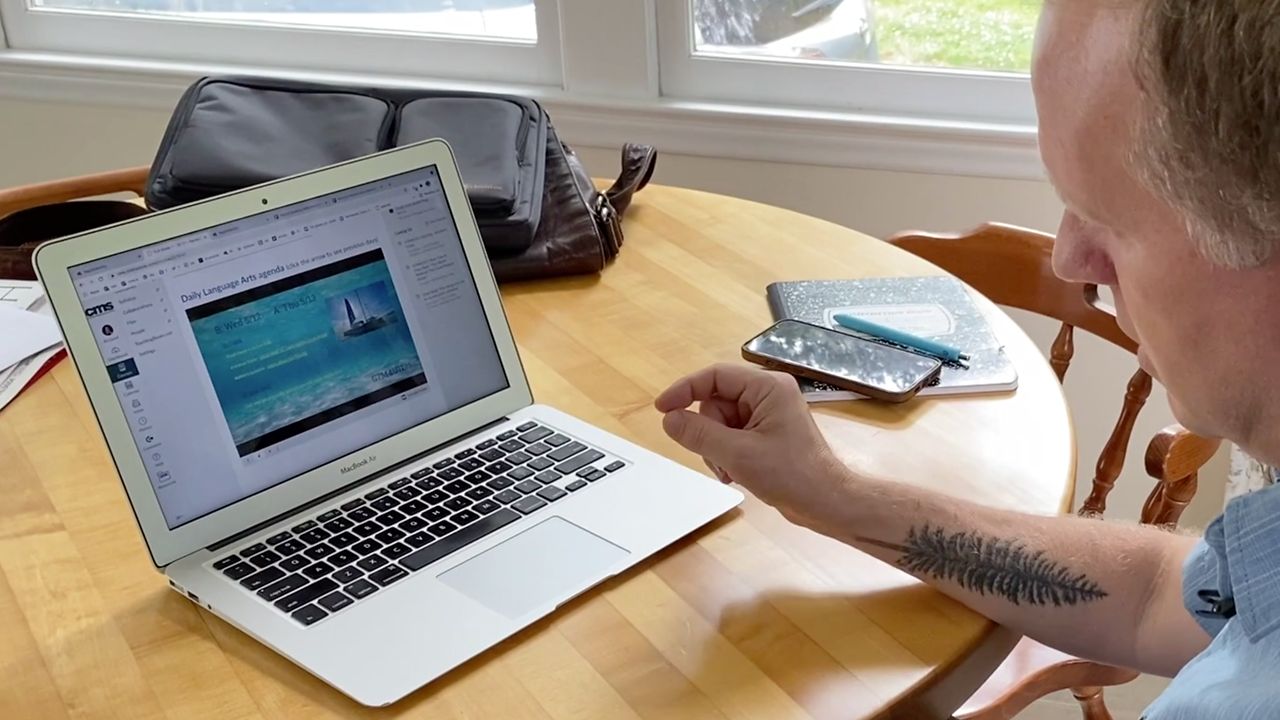 NORTH CAROLINA — A new bill in the general assembly would require teachers to post their lesson plans and curriculum materials online.

HB 755 is known as the "Academic Transparency" bill​.

Waddell Language Academy teacher Justin Parmenter has taught English in the Charlotte-Mecklenburg Schools system for nearly 20 years. He says this bill would mean even more work for teachers after hours and creates a "Big Brother" feeling.

"I mean the curriculum I’m using in my classes is open source, which means literally all of it is available for anyone who wants to look at it to see it," Parmenter said. "You know there’s no secret socialist lessons going on in the classroom or anything like that."

If HB 755 passes, Parmenter would have to post his curriculum and any resources like books, articles and videos he uses to teach in his classroom on the school's website for parents to be able to access.

Parmenter says he has no problem discussing his lesson plans with parents. He says the bill would make creating lesson plans a lot more difficult and restrictive.

"I think it’s demoralizing. Teaching is already a difficult job, teaching this year is one of the hardest years that we have ever had to have," Parmenter said. "And to be treated like we have no professional judgment is really demoralizing."

Some parents agree that the bill would just mean more work for teachers. Char Aloisio has two kids in the Wake County Public Schools system. She fears this bill would drive educators away from the profession.

"We have had fabulous teachers since moving here to Wake County. And I would be so disappointed if any more of them left the profession because of all the BS that's going around right now," Aloisio said.

HB 755 is being reviewed by a joint conference committee, after both the Senate and the House approved it​.