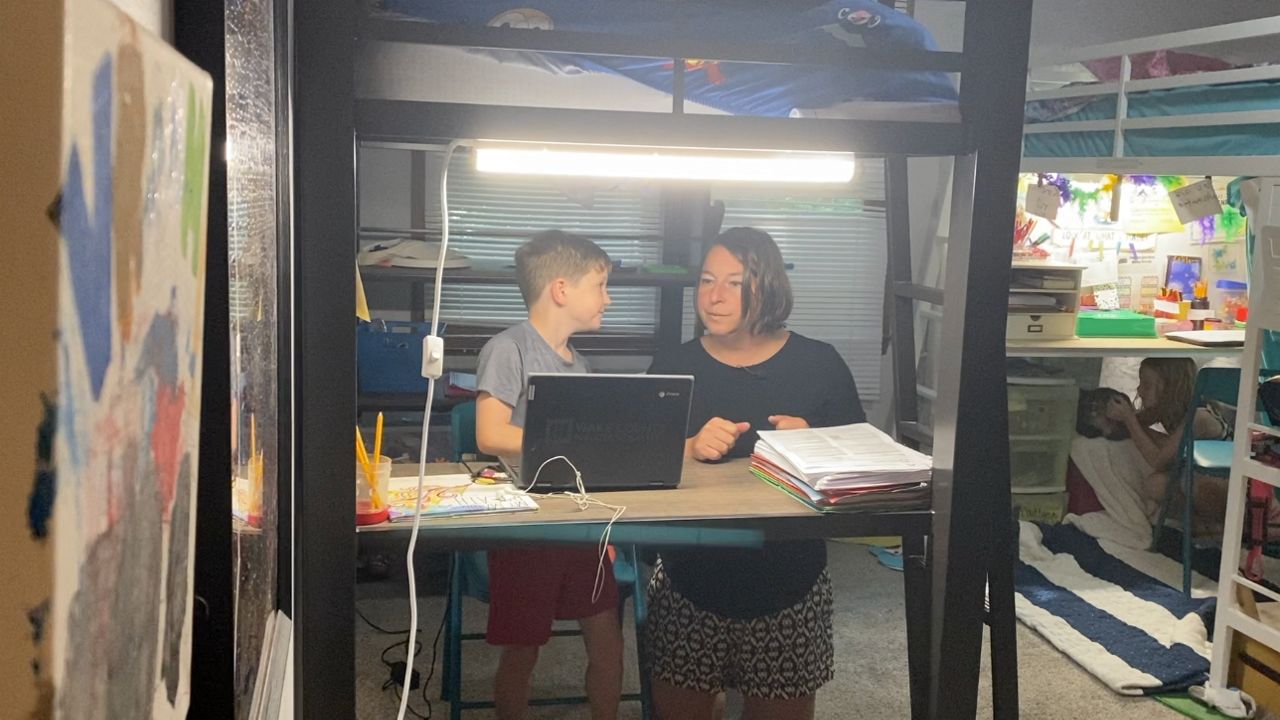 “He just got in a real angry and like dark, depressed state," Lewis said.

According to the North Carolina Department of Public Instruction, the plan must include ways to identify students at risk of mental health issues and develop strategies to provide intervention

What does that mean? Schools have to show how they’ll identify students who are at risk for mental health issues and strategies to reach out to them

Her then 6-year-old son Noah wasn't adjusting well to working from home. Lewis says every week she could see his attitude and mindset declining.

“But then it got to the point where he was like 'I hate my life, why did God make me?' And we’re like, where are these things coming from," she said.

Noah’s anxiety and frustration only got worse. His grades were at an all time low.

“There’s only so many times as a mom that I can pick him up and put him back in front of the computer while he’s like punching his computer screen," Lewis said.

Lewis didn’t waste any time. She enrolled Noah in summer school and found him a therapist.

Noah's mental health is now her top priority. She doesn't want any parent to feel alone.

“The more that we can get them back to normal. High five their teachers, just let the kids have fun and enjoy, eat back in the cafeteria. I think all that stuff will bring the kids closer together," Lewis said.