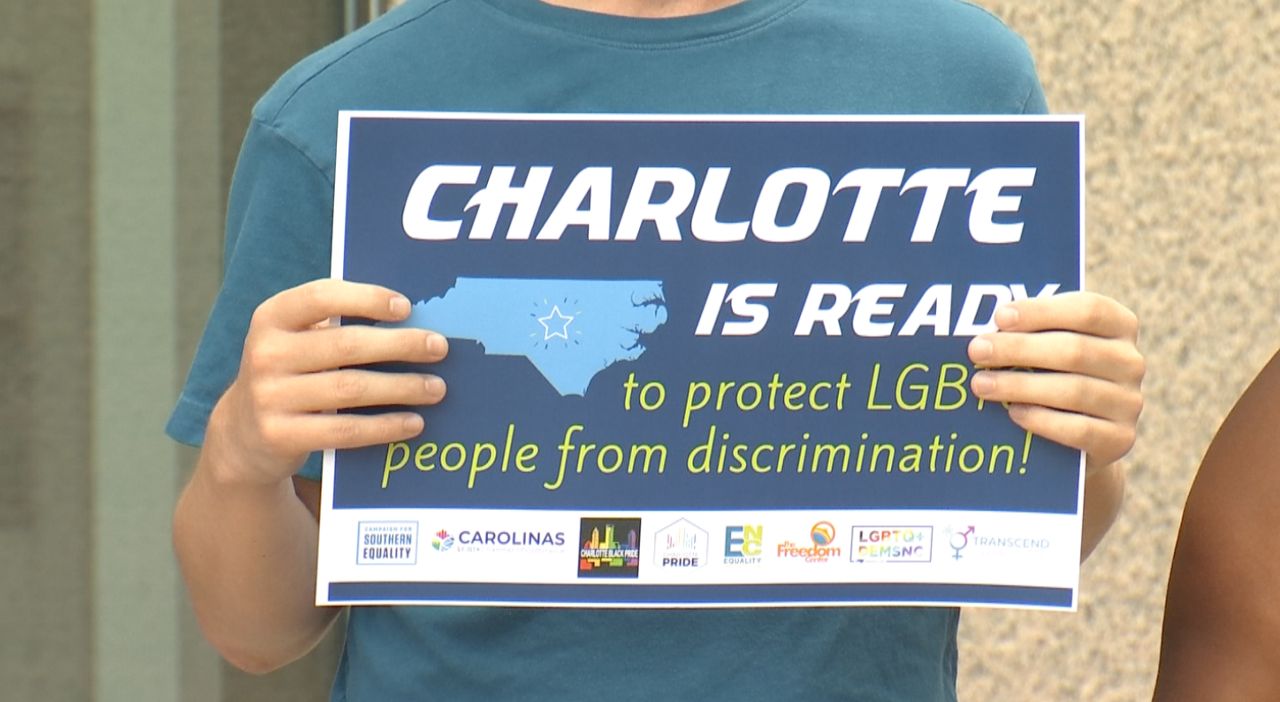 CHARLOTTE, N.C. — The Charlotte City Council unanimously passed an updated non-discrimination ordinance that expands protections to a number of marginalized groups. Local Republicans say they played a key role in crafting that measure.

H.B. 142 sunset in December, allowing N.C. municipalities to enact their own non-discrimination ordinances

Earlier this year, Councilman Tariq Bokhari gathered members of the Mecklenburg County Young Republicans organization to work on the ordinance. They say initial proposals drafted by the city’s community relations committee and Democratic leaders were “watered down.”

For example, “protected classes” only included sexual orientation and gender identity in restaurants, hotels and motels, as well as a prohibition on employment discrimination for businesses that employ 14 or fewer people.

“You can also see the influence that we had because Councilmember Bokhari was advocating for and fighting for what was in our own ordinance, which was expanding the employment protections to every single employee in the city of Charlotte, not just to employers with 14 or less employees,” Luebke explained. “And, that was because, especially with natural hair, there are gaps in federal and state laws, so it was important to protect every single Charlottean relating to that.”

Some view that non-discrimination ordinance as an economic development driver that will make Charlotte more attractive to a wider array of employers. But others view it as a matter of life and death.

The latest annual report from the Human Rights Campaign rates Charlotte as second in the country for fatal incidents of anti-transgender violence.

Jenny Gunn hopes the city does pass that NDO. An outspoke transgender woman and equality activist, she’s a survivor of a hate crime where she says she was attacked by nine people.

She says it's taken her decades to come out of the shadows of societal norms. “A lot of suicidal ideation,” Gunn said. “I never saw myself growing old because it was such struggle to be in the closet about being trans.”

But her journey now still presents what some may view as insurmountable hurdles. “I went on 19 interviews in a row and didn’t get a job offer,” Gunn said.

Experiences like that, as well as others, are what’s pushing her to stay in the fight for equality. She’s currently advocating for Charlotte’s elected leaders to pass the newly proposed non-discrimination ordinance.

“When you can’t find housing and you can’t keep a job or you’re afraid to go interview for a job because of who you are and who you present to be, it’s devastating,” Gunn said.

Gender identity and gender expression are among a new set of protected classes and will be shielded against discrimination in employment and at businesses across the city. “It affects trans women of color more so,” Gunn added.

It would mean a whole new level of equality that Gunn acknowledges will involve a learning curve. But it’s one she has waited a lifetime for. “It has an opportunity to create more freedom which always wins,” Gunn said. “If we want to be a democracy, you got to have freedom. They kind of go hand in hand.”

You can read the NDO here.