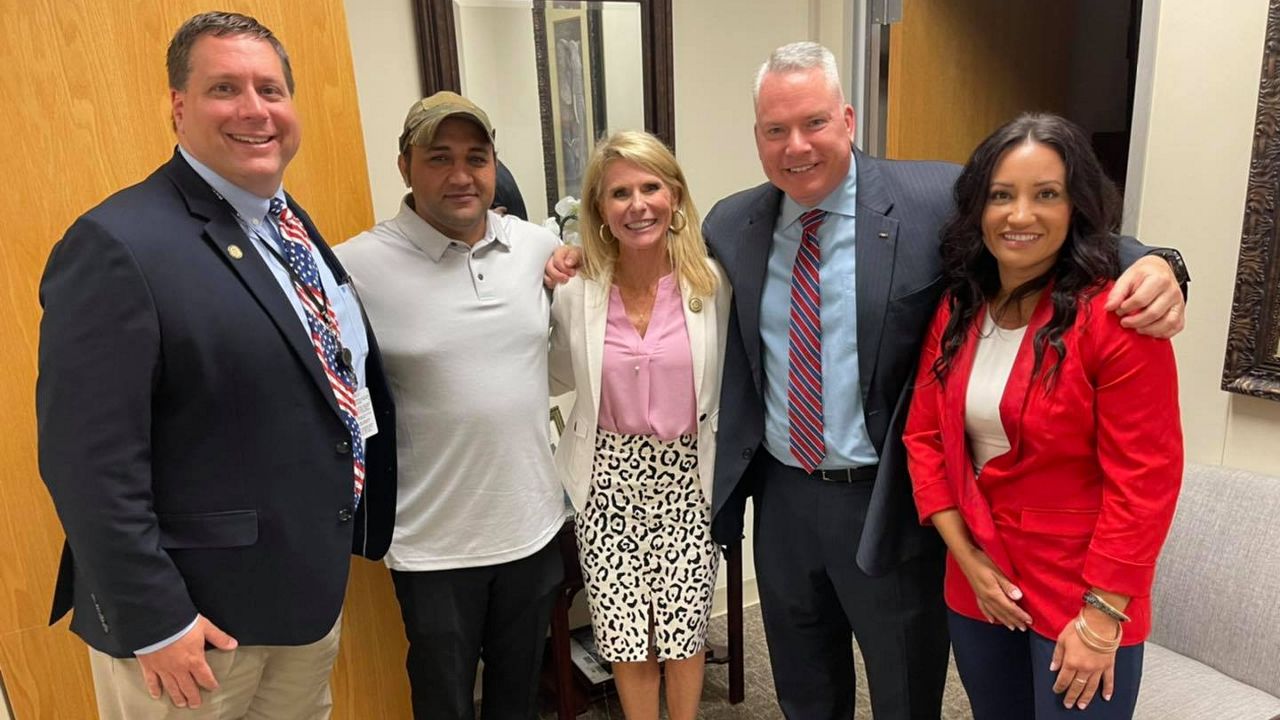 Former Afghan interpreter fights to get other translators to the U.S.

CHARLOTTE, N.C. — As U.S. troops pull out of Afghanistan, a Charlotte man is worried about the Taliban killing hundreds of translators who helped U.S. and coalition forces during the war.

Zia Ghafoori worked with the U.S. Army Special Forces for 14 years as an interpreter

Zia Ghafoori is a former Afghan interpreter. He worked with the U.S. Army Special Forces for 14 years during the war in Afghanistan.

"We were on the frontlines fighting against all those Taliban and Al Qaeda," Ghafoori said. "I found a brotherhood between my teammates."

Ghafoori worries about interpreters left behind in a country where they're considered traitors by some, including the Taliban. This is why now he spends most of his time advocating state and federal lawmakers to bring them to the U.S. before the August withdrawal deadline.

"I’m fighting for every individual [interpreter] that [the U.S.] left in Afghanistan, in the middle of nowhere," Ghafoori said.

Ghafoori recalled a recent conversation with an interpreter who is still living in Afghanistan.

"He lost his leg in the frontline while fighting shoulder to shoulder with the United States [troops]," Ghafoori said. "So now he's left behind and he doesn’t have any access to technology like the phone, internet, nothing at all."

Ghafoori was involved in many battles during his time in the war, including one fight in Shok Valley that earned him the Purple Heart.

"We were surrounded by 200 people and we fought for six hours non-stop," Ghafoori recalled. "I lost my best friend in that battle."

Ghafoori, who is now a U.S. citizen, quit his full-time job at Amazon and started a nonprofit called 'Interpreting Freedom Foundation' to help other translators with Special Immigrant Visas (SIV) and advocate for their needs once they arrive in the U.S.

"I just made that decision because I have to...this cause is more important than everything to me," Ghafoori said.

Ghafoori often goes to Washington, D.C. to pressure lawmakers to bring Afghan interpreters back home. He also works around the clock and spends most of his time responding to messages on social media from those who are still in Afghanistan and worried about their lives.

The Biden administration announced plans earlier this month to evacuate about 2.500 Afghan interpreters from the region. Ghafoori says there are still about 15,500 interpreters and their families that need to be evacuated immediately.

Ghafoori is currently looking for funding to open offices across North Carolina and around the country to help bring interpreters to the U.S. He says once they arrive from overseas, they'll need help with employment, education, transportation and housing resources.

Meanwhile, the Biden administration has told Congress that it needs a billion dollars in emergency funding for the effort to get SIVs to those Afghans.