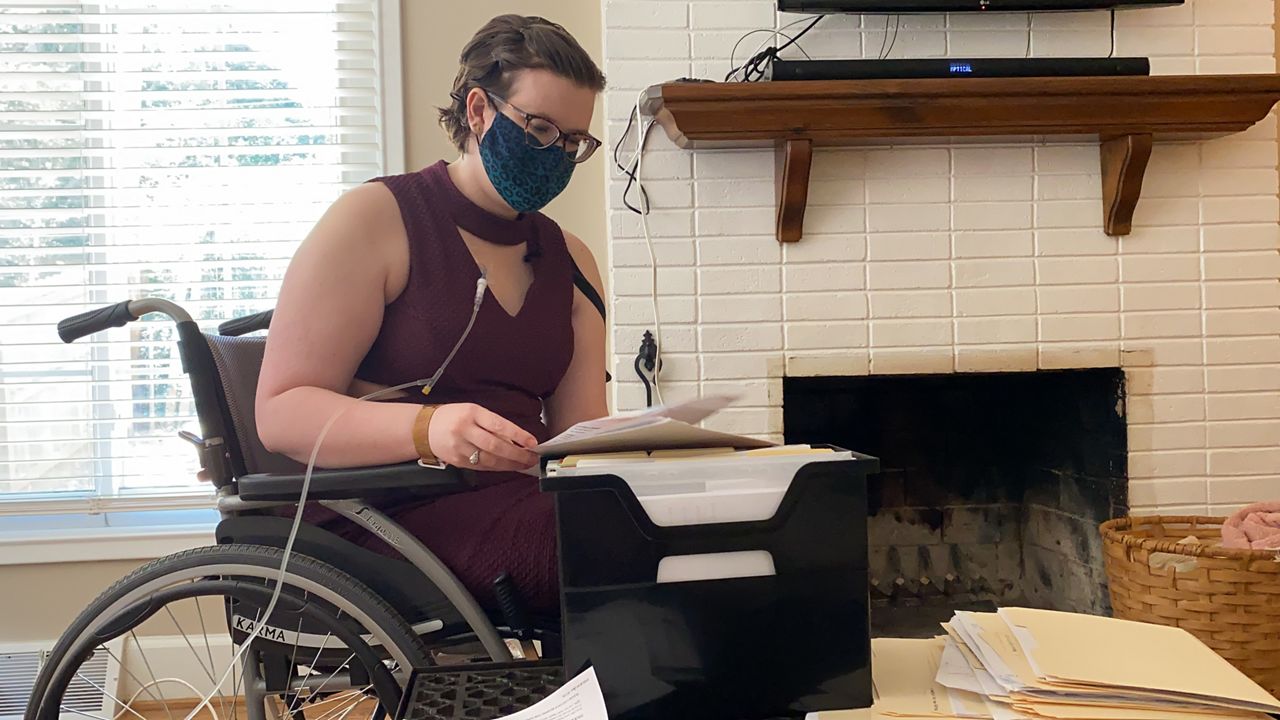 For Hannah Caddell, simple things like making a cup of tea are always a task.

Caddell was diagnosed with Ehlers Danlos, which makes her joints dislocate. Even in a more wheelchair friendly home, her ability to adapt is being stretched too far.

“A majority of things are not built for somebody in a wheelchair. Even the height of the corner is a problem,” Caddell said.

She says there’s so much she needs to get around her home safely, including a ramp to get in and out of her home, but an antiquated federal law is limiting her ability.

According to laws made in 1989, people with disabilities are only allowed to have $2,000 in assets.

Senate Democrats re-introduced the Supplemental Security Income Restoration Act this year. The bill would raise a person’s assets, allowing them to save up to $10,000.

Caddell says if she saves too much money or gets a job, she’ll lose her benefits. What she receives each month isn’t enough to cover her medical bills.

“Its exceptionally frustrating to have the amount of medical debt I have and the amount of bills people have and still try to make those payments on a budget that’s 30% below the poverty line,” Caddell said.

Currently, older Americans and people with disabilities are given less than $800 a month to cover everyday costs, including bills and medicine.

Caddell says if this bill gains traction, it will be a win for the disabled community that’s long overdue. “It will mean I can breathe again and a lot of people in my life will be able to breathe again,” Caddell said.