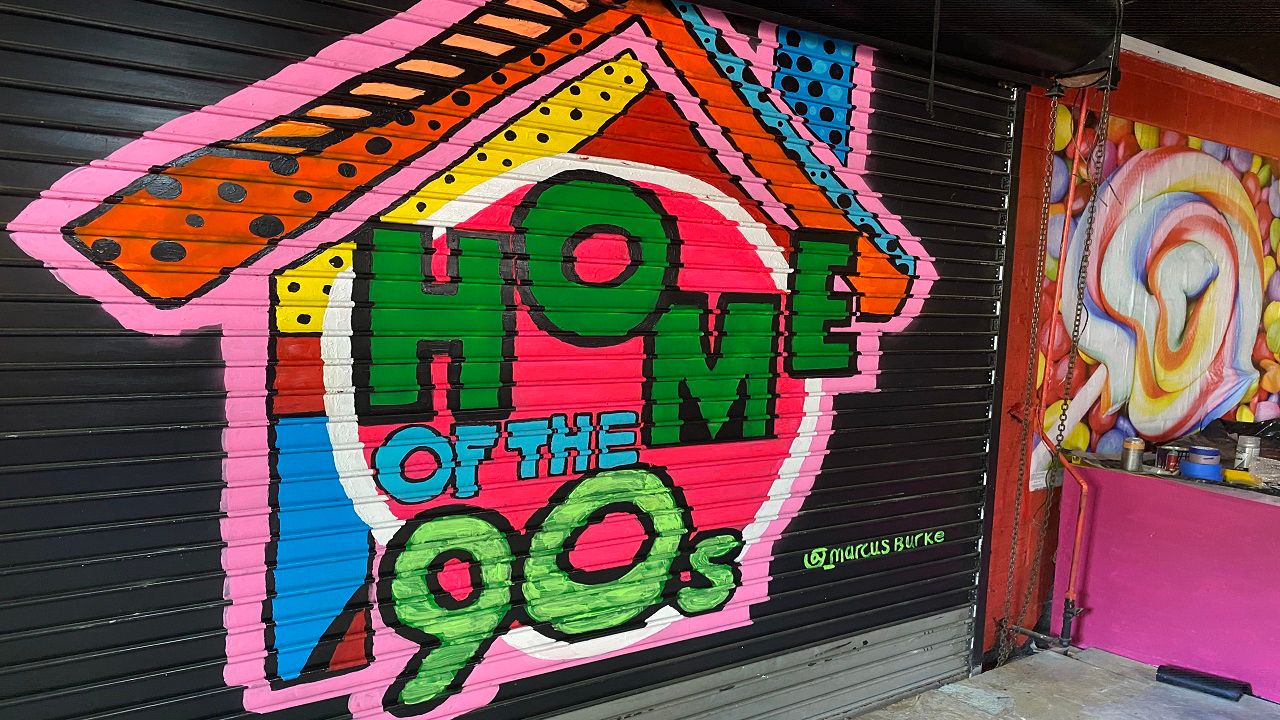 Home of the 90s Museum opening in Concord: 'It just looks dope'

CONCORD, NC  – Grab your flare jeans, scrunchies, and fanny packs. The 90s are back, and in Concord, they are here to stay. A new museum is honoring the decade, and giving people the chance to have some fun reliving one of the most iconic eras.

The Home of the 90s Museum pays homage to the 1990s with colorful murals, and rooms filled with memorabilia.

Jessica Jones, one of the creators of the museum, says she came up with the original concept in 2019 when she opened a '90s themed AirBnB.

“There’s not really even an obsession, to me, with the '90s. I just know how that everybody else is obsessed with the '90s,” she said.

Jones, who flips houses and is involved in real estate, said her AirBnB was constantly booked, and went viral on social media.

She wanted to take the concept and make it bigger and better. Jones found a new space in Concord, and began working with a business partner and local artists to create The Home of the 90s Museum.

“It’s just a place with some creative art from local artists, and it just looks dope,” she said with a smile.

Jones says she expects the museum to be packed, as people come take a trip down memory lane.

“When you add color, and positive vibes, you make something magical like Home of the 90s.”

The museum opens July 3, and the space will be open to the public Thursday - Sunday, but can also be rented for private events. Jones said she already has some private events booked for 2022.