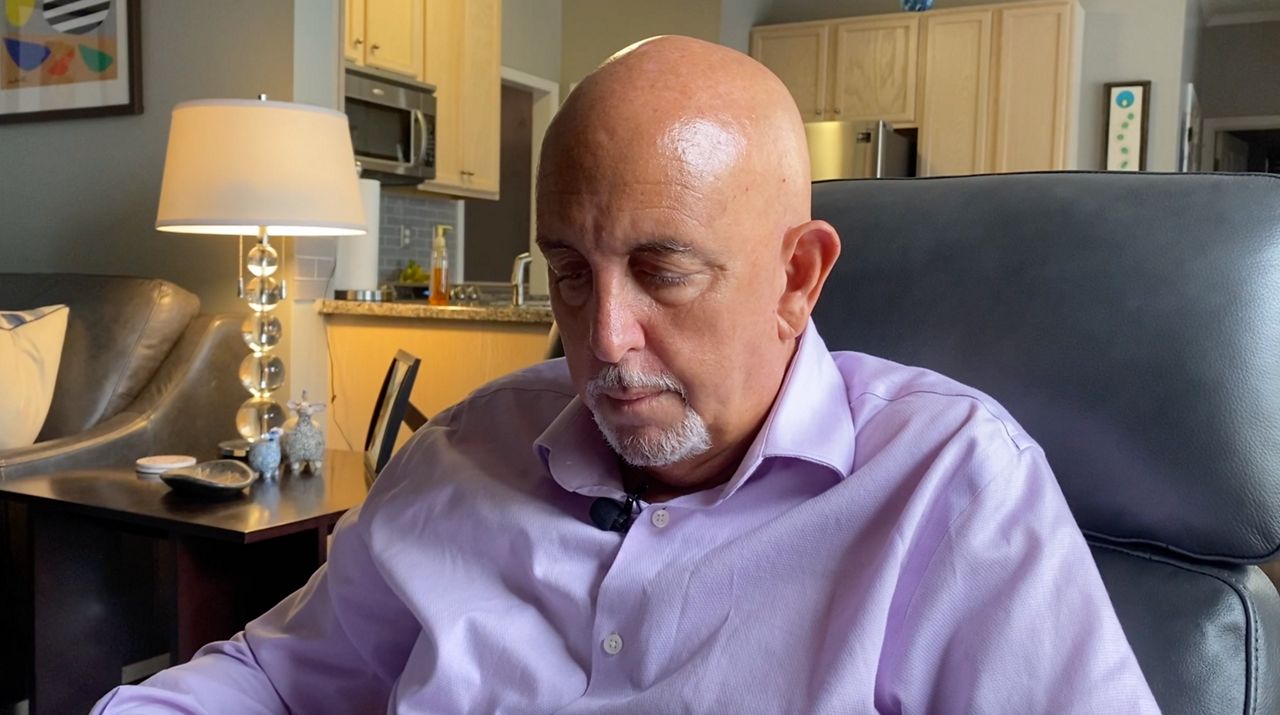 Jay Reinstein was diagnosed with early-stage Alzheimer's three years ago.

'Life ain't over': Man with Alzheimer's reacts to drug approval

RALEIGH, N.C. — There’s hope on the horizon for the hundreds of thousands of people battling Alzheimer’s disease. For the first time in nearly two decades, the Food and Drug Administration approved a new drug​ to treat the disease.

Jay Reinstein is battling the disease and says he is cautiously optimistic. The Raleigh resident was diagnosed with early stage Alzheimer’s about three years ago. He describes the diagnosis as a gut punch and something he never expected to face. The now 60-year-old says he’s taking it day by day but still worries about what his future may hold.

These days, his phone and notepad are practically attached to his hip. To the average person, it might just look like someone who likes to use his time wisely.

"I set my iPhone so I get little reminders and alarms when I need to do certain things," Reinstein said.

He’s a former government official with a history of service in Fayetville and Durham, but he wasn’t always this organized.

"For me, it’s more reminders and checklists. I carry a pad with me wherever I go and on it are things I have to do because I forget things. Even with finances, I was forgetting to pay my bills," Reinstein said.

About three years ago, he noticed he was having trouble remembering things at work.

"They ran more tests and I had an MRI, and when all was said and done, I got the words that I never wanted to hear, my wife and I, that sort of gut punch of early stage or onset Alzheimer’s disease," Reinstein said.

He made the difficult decision to retire early.

"I’m not going to try and sugar coat it because it’s not easy. There are days where I wake up and it’s sort of a fog. I’m a little confused sometimes," Reinstein said.

He’s found that staying busy helps him keep his mind off his diagnosis, so he's spending a lot of his time raising awareness and advocating for others in a similar situation.

"There’s 300,000 people or more, and I believe it’s more, that are under 60 with early stage dementia or Alzheimer’s, and we have to let people know that life ain’t over," Reinstein said.

As for the newly approved medication, Reinstein says he’s already talked with his doctor, who agrees he is a good candidate. Now the next step is figuring out if insurance covers it, because it is pretty pricey. He says he’s pretty willing to take the risk if it means it could slow down the progression of his Alzheimer’s.