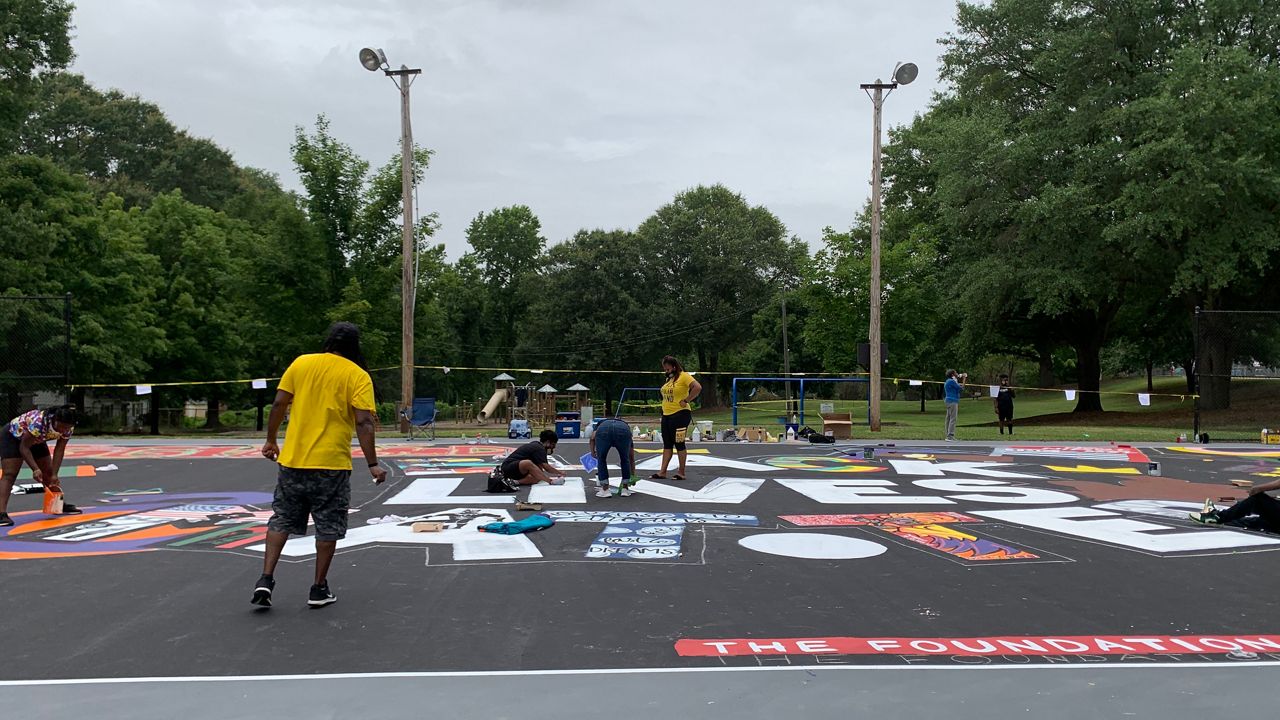 GASTONIA, N.C. -- On Saturday, more than a dozen artists and community members were in the process of transforming a basketball court into a Black Lives Matter mural.

“We see the mural as another way to bring our community together,” Mayor Walker Reid, III said. “It is important for everyone to come together during this time and express their creativity in support of a timely issue in our country.”

Clay said the mural aims to remind Black people they are important and they can achieve great things.

“We can cry about racist people all day, but I wanted to make sure we took the opportunity to empower ourselves while we do that,” Clay said.

In addition, he said this empowering message will remain at this location for years to come.

“It’s a permanent mural, so in five, 10 years, you have kids growing up, playing out here, seeing the powerful messages out here instead of the things they usually see, which is negative images,” Clay said.

Community members added handprints to the sidelines of the court.

The words ‘Black Lives Matter’ are at the center.

Children are adding their handprints to the Black Lives Matter mural in #Gastonia. pic.twitter.com/gMgFSXgQFt


Artist Laura Sexton who works at Wine & Design and is part of the Gaston County Freedom Fighters volunteered to paint one of the letters.

Through her design, she wanted to represent Black and Afro-Latina women.

“I wanted to be part of history and part of that support,” Sexton said.

She also said the statement made with the mural is important, and the project supports the community with local art.

“It uplifts the community in an artistic way and a positive way,” Sexton said.

Zekaeya Williams, 14, was one of the teenagers helping with the project.

“I feel like it’s really important to me because for the longest time we’ve been fighting for our rights, so why not come out and paint,” Williams said.

She was excited about Gastonia now having a mural.

“It makes me happy knowing I was part of something good,” Williams said.

The City of Gastonia had set money aside to renovate this basketball court.

A city spokeswoman said donations and volunteer work covered most of the costs associated with the mural.

The project is expected to be completed Sunday.