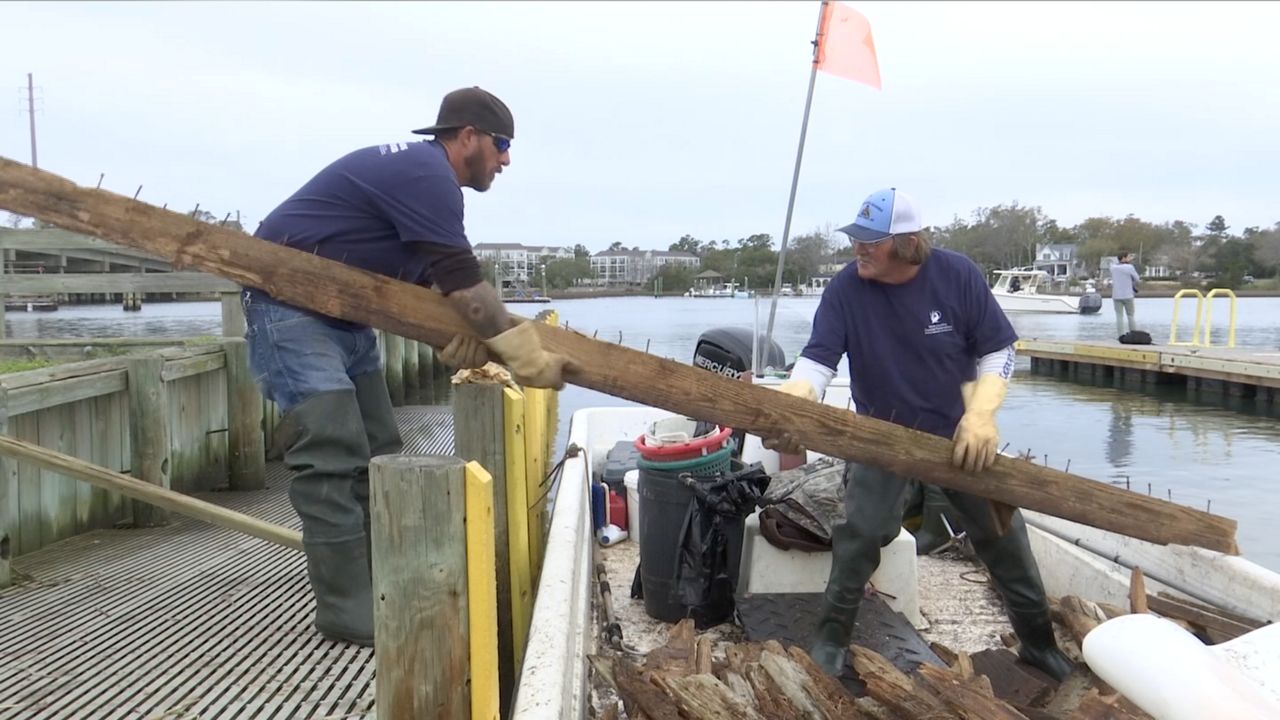 Over 70 Tons of Debris Clutters Our Marshes

Tracy Skrabal with North Carolina Coastal Federation said when cheaper materials are used to make docks and piers, they are more likely to wash way during a hurricane.

"If you lose your dock every time we have a hurricane, and insurance does not pay for it, it is worth the extra money to construct a dock that is more resilient and will stay in place," said Skrabal. "And, has the benefit of protecting the environment."

According to Skrabal, people are allowing the ends of docks to just wash away, causing an excessive debris build-up.

"Rather than cutting off the portion of the dock that they don't need to build the dock, they just let it float away. This should not be allowed to happen and we're finding thousands of these," Skrabal said.

With the help of local fishermen, N.C. Coastal Federation has collected nearly 70 tons of debris since December. The organization has a $249,657 grant from the National Oceanic and Atmospheric Administration (NOAA), and will be trekking through coastal marshes and estuaries until the money runs out.

"We're never going to be able to pick it all up, so the story here is let's build smarter so that it doesn't make its way into the environment," said Skrabal.

Fishermen say they have seen all sorts of hurricane debris, including: a whole camper trailer, doors, trash bins, tires, and plenty of wood.