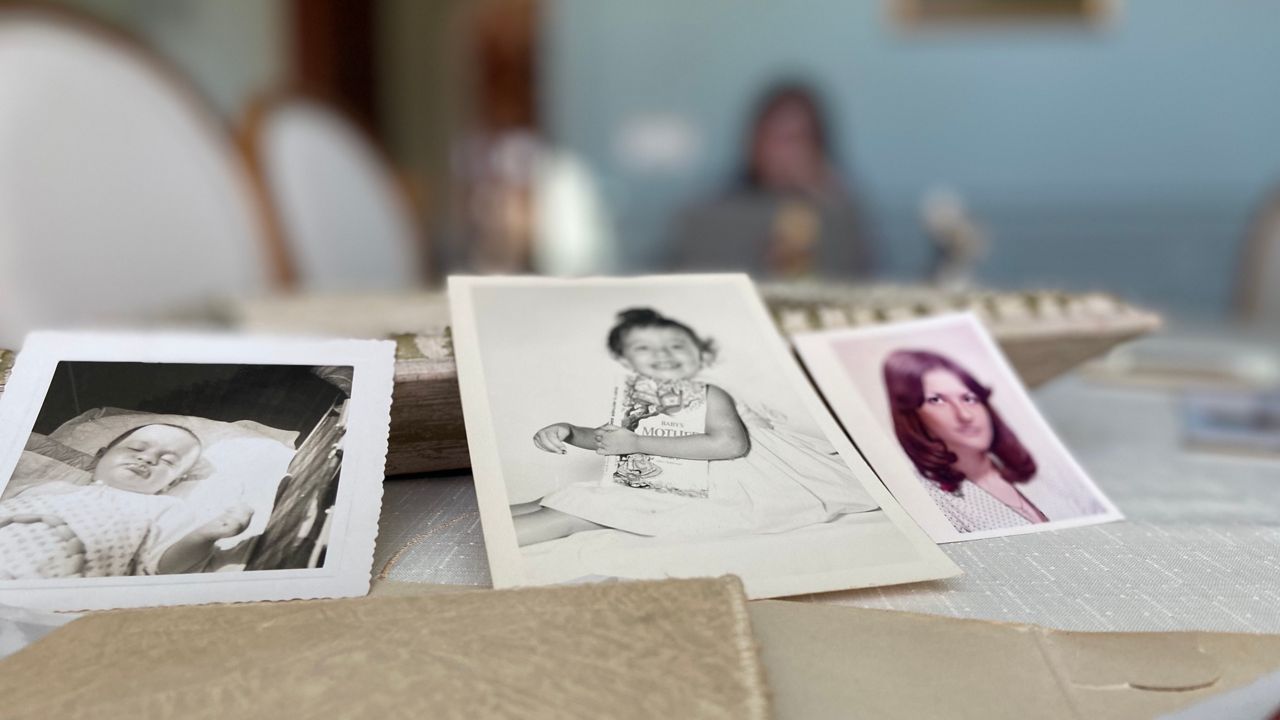 Adopted Woman Discovers She Has 9 Siblings Through DNA Test

RALEIGH, N.C. -- November is National Adoption Month and Spectrum News is sharing stories of families from across our viewing area.

On a table filled with old family pictures, it's easy to pick out Virginia Tessitore, mostly because she doesn't look quite like anyone else.

In Virginia's family there was nothing taboo about being adopted. Her parents used to read her a book called 'The Chosen Baby' just about once a week when she was little.

It wasn't until decades later that she would learn just how special her situation actually was, all because an old friend convinced her to take a DNA test.

At first, Virginia told herself it was just to check out her medical history, but curiosity lead her to see if she had any matches on ancestry.com.

Her very first match was a sister on her dad's side. The two families recently took a vacation together to the beach.

But the family connections didn't stop with her sister. Virginia soon realized she had siblings on both sides, from her birth mother and birth father. She went from thinking she was an only child to having nine siblings. She looks forward to meeting all of them face to face.

"You're never going to make up for lost time, so you make memories that last a long time," Virginia Tessitore said.