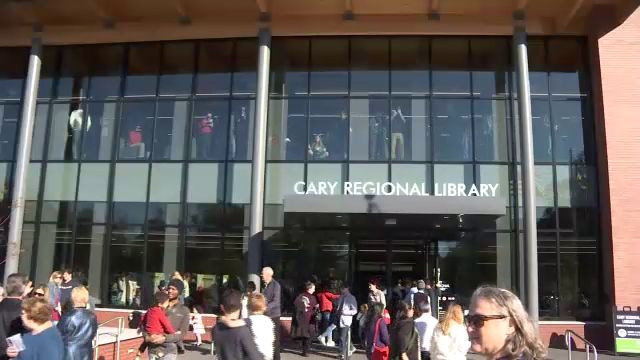 CARY N.C. – While technology is always evolving, one thing has withstood the test of time- reading!

Hundreds of people gathered in Downtown Park in Cary on Sunday, November 3 for the grand opening of a new library.

This $10.7 million facility is just one of several new libraries opening across the county.

According to County Library Director, Mike Wasilick, millennials have not turned their backs on libraries just yet.

According to Fuquay Varina’s mayor, their own town’s library usage has increased 50% since the grand opening in September.