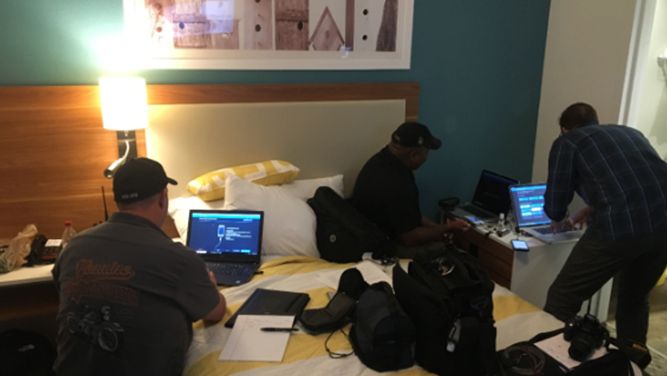 ICE released photos of on site computer forensic analysts, surveillance teams, and a pre-op briefing. The agency says it did similar operations around to the NBA All-Star Game in Charlotte and wants people on the lookout for victims leading up to big events.

“Where someone's movements are restricted or they’re not able to express themselves freely, or they’re not in possession of their identity documents; those are all red flags,” ICE spokesperson Carissa Cutrell said.

According to ICE, Homeland Security Investigations’ 849 human trafficking investigations in 2018 led to more than 1,500 arrests and 538 convictions.