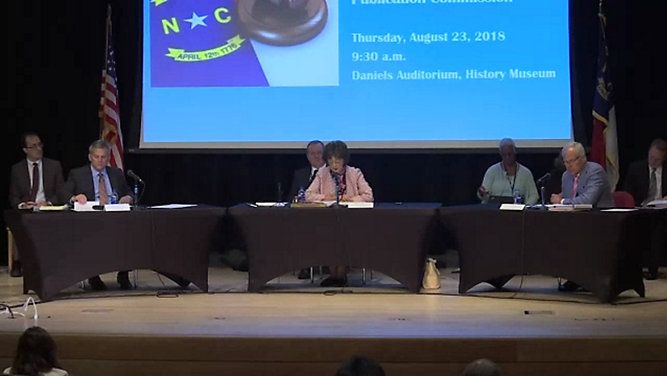 RALEIGH, N.C. -- State leaders have signed off on two more explanations for constitutional amendments that will appear on this fall's ballot.

The move comes as legal battles continue to rage on over exactly how many of these amendments will be considered by voters.

The action includes amendments still in the middle of legal proceedings. A court ruling earlier this week said the amendments dealing with capping the state income tax and requiring photo identification at the polls- would go before voters but that decision is being appealed.

The three member commission, made up of the secretary of state, attorney general and legislative services director, is responsible for writing explanations as to what the proposed amendments would do if they were approved.

The two Democrats on the commission repeatedly pointed out what they call vague wording in the photo ID proposal, saying there is little guidance as to what this requirement would actually be.

Both of the explanations were approved with a 2 to 1 vote with Paul Coble, the Republican, voting against them.

There are still two other amendments in question dealing with judicial vacancies and boards and commission appointments.

The ruling this week said those amendments are now off the ballot, but that decision is being appealed.

The commission says they will meet again if the decision is reversed.