Offshore wind in North Carolina: Here’s what the governor’s order could mean

North Carolina’s governor set a goal of building enough offshore wind turbines to power more than two million homes in the next 20 years.

Gov. Roy Cooper signed an executive order Wednesday directing state agencies to support the offshore wind industry, which could invest up to $140 billion on the East Coast over the next 15 years.

“North Carolina’s national leadership in clean energy and manufacturing plus our highly trained workforce create a strong business environment for offshore wind supply chain and manufacturing companies,” he said in a statement.

The Avangrid project would eventually produce 2.5 gigawatts, which is enough electricity to power 700,000 homes. That’s twice the number of households in Charlotte.

Cooper’s new executive order sets a target of 2.8 gigawatts in offshore wind energy by 2030 and 8 gigawatts by 2040. That would be enough electricity to power 2.4 million homes.

There are almost 4 million households in North Carolina, according to 2019 Census Bureau estimates.

“There’s a lot of competing demands on our coast,” said George Bonner, director of the N.C. Renewable Ocean Energy Program at the Coastal Studies Institute. “Whether that’s commercial fishing or recreational fishing, obviously anything we do we want to make sure we’re protecting the marine resources.”

“There’s a really good element to that in this executive order that will help support that and also support, at the same time, clean energy for North Carolina,” he said.

Katharine Kollins, president of the Southeast Wind Coalition, said she was happy to see the executive order put resources in state agencies to help push for offshore wind. 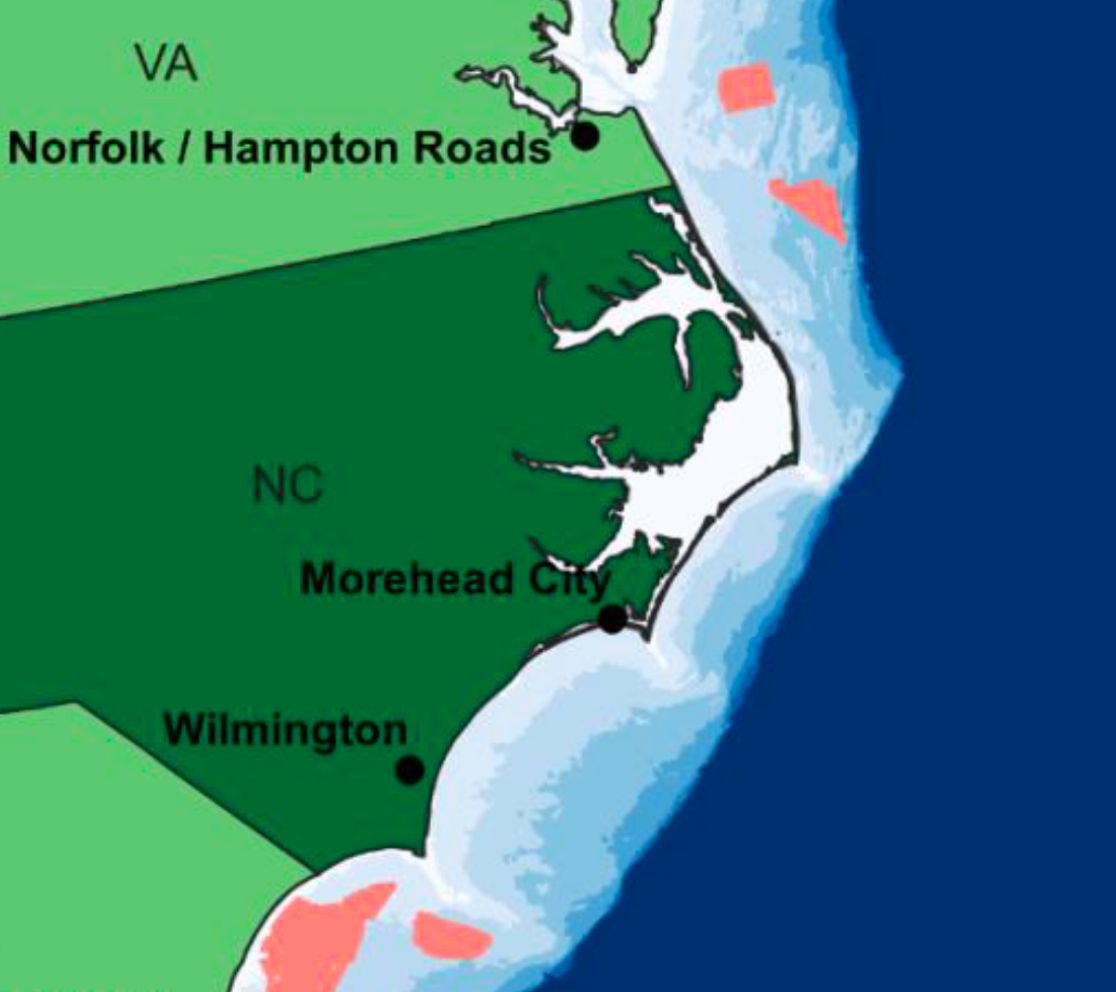 “It sets a goal for the state and gives us something to start working toward, which is really important when we’re thinking about an industry as large and complex as the offshore wind industry,” she said.

“We have a lot of catching up to do,” she said. Northeast states are already ahead of North Carolina in trying to attract offshore wind jobs. There are already big wind projects in the works off Massachusetts and Rhode Island.

North Carolina has two regions where regulators with the Bureau of Energy Management say offshore wind farms could be developed. The first is off Kitty Hawk, where Avangrid is already planning for turbines. The second is actually two areas southeast of Wilmington.

State leaders and industry experts say there’s a lot more to offshore wind than generating clean energy. It could be a job generator too.

“From building out the supply chain, to installing equipment, to operating the wind facilities, North Carolina’s manufacturers and workforce are well positioned to play an integral role in the entire East Coast market, not just for projects directly off the state’s coast,” she said in a statement.

“There’s a lot of excitement from a workforce development standpoint,” said Bonner, who is based out of the Coastal Studies Institute on Roanoke Island. He said a lot of the jobs could end up in Virginia, where offshore wind developers are already working.

“There’s a lot of companies in North Carolina that are looking at not only offshore wind off North Carolina, but other parts of the eastern seaboard and where our supply chains can help out there,” he said. 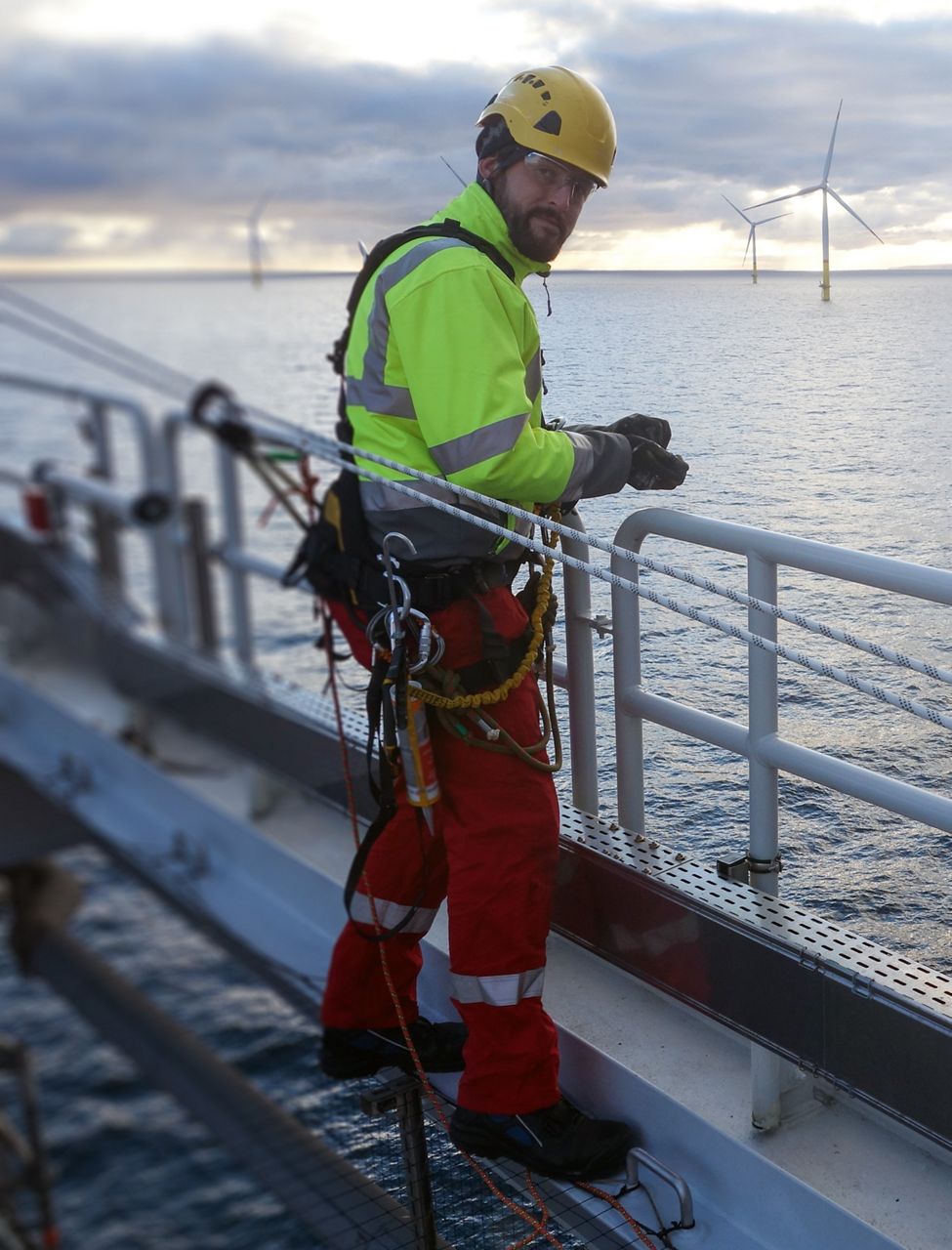 The new executive order comes two months after the state Commerce Department released a report on how North Carolina can tap into the offshore wind industry.

The report notes North Carolina’s strong manufacturing sector, strategic location and ports as selling points for the offshore wind industry. A lot of work goes into building the wind turbines before they’re even installed out in the ocean.

The blades for the turbines alone are typically at least 300 feet long, according to the report.

Once the Kitty Hawk project gets through all the regulatory hoops and finds buyers for the power, “We’re talking about billions of dollars of investment in local communities,” Kollins said.

“We’re talking about the opportunity to attract major manufacturers to the coast as well as the economic development that naturally takes place when you are constructing such a large project off the coast,” she told Spectrum News 1.

These projects take years to build, she said. And then after the turbines are all built, she said, they have “significant operations and maintenance needs that employ a good number of full-time well-paid employees.”

“Our state is ready to seize the moment and claim billions of dollars for the state’s economy while reaping the priceless benefits of a cleaner, healthier, more resilient energy system,” said Michelle Allen with the Environmental Defense Fund’s North Carolina Political Affairs team.

“The bold targets set by this order and the creation of the Offshore Wind Interagency Workgroup underscores the state’s commitment to leading on offshore wind and puts the state in a strong position to compete for as much of the burgeoning $140 billion industry as possible,” she said in a statement.