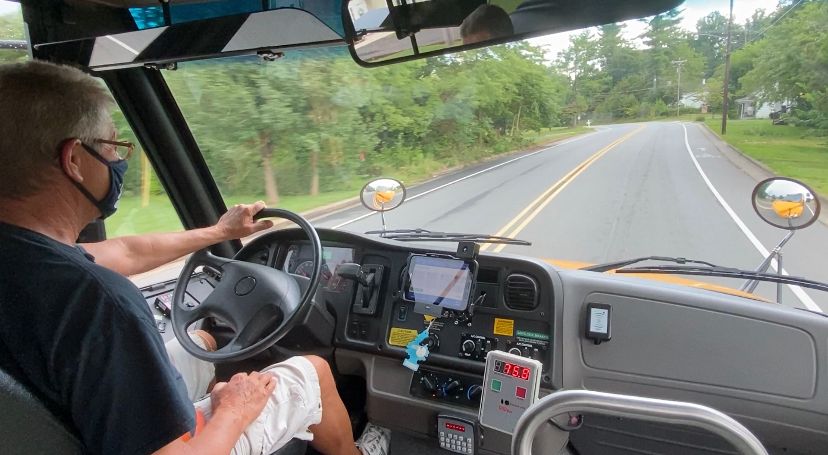 MOUNT AIRY, N.C. — School districts across the state are preparing for the new school year while navigating a shortage of school bus drivers.

Mount Airy City Schools, and many other N.C. districts, are struggling to find bus drivers

After years of having just enough drivers, this year may be the tipping point, according to MACS Transportation Coordinator Jon Doss

Mount Airy City Schools says filling bus driver positions is a challenge each year, and this year is no different. A variety of reasons have caused a shortage, and the pandemic is a huge part, according to MACS Transportation Coordinator Jon Doss.

“There were other folks who had children with special needs, and for health concerns, due to COVID, had resigned,” Doss said.

Reggie Johnson is beginning his second year as a bus driver for the district. After retiring from a 25-year career as a truck driver, Johnson turned to school bus driving as a part-time job.

He makes between 15 to 20 stops each morning, picking up students for school and making sure they return home safely. During his time with the district, he’s only had to cover another driver’s route if they’re sick. According to the district, this year’s cover is very thin. If a driver gets sick or has to quarantine, they may need help in covering bus routes.

For Mount Airy City Schools the process for getting a driver into a bus can be complicated, sometimes taking more than three months. Drivers also get paid monthly. Doss says bus drivers are vital to the school system and its students, despite the challenges that come with the job.

“I describe transportation, and school busses, as our backbone. We’re not alway kind and generous to our back,” Doss said.