We all know that the weather here in central New York isn’t the same every day in every town, but usually similar conditions are seen and felt on a given day.

This time of year, that gets complicated due to a couple of factors, primarily snowpack and proximity to Lake Ontario.

On our record-breaking warm day in Syracuse recently, I was out for an early afternoon walk and couldn’t help but notice things feeling a little cooler when walking by areas that still had snow on the ground.

Perhaps you have also experienced this. There is some pretty cool science behind it.

Snow, as we know, is white, and therefore reflects sunlight up and through the atmosphere. In meteorological terms, we say that snow has a high albedo, or reflectivity.

Because of this, the ground cannot warm effectively because not only is there snow present, but it reflects most of the incoming sunlight.

Therefore, areas where a snowpack remains are generally cooler this time of year. 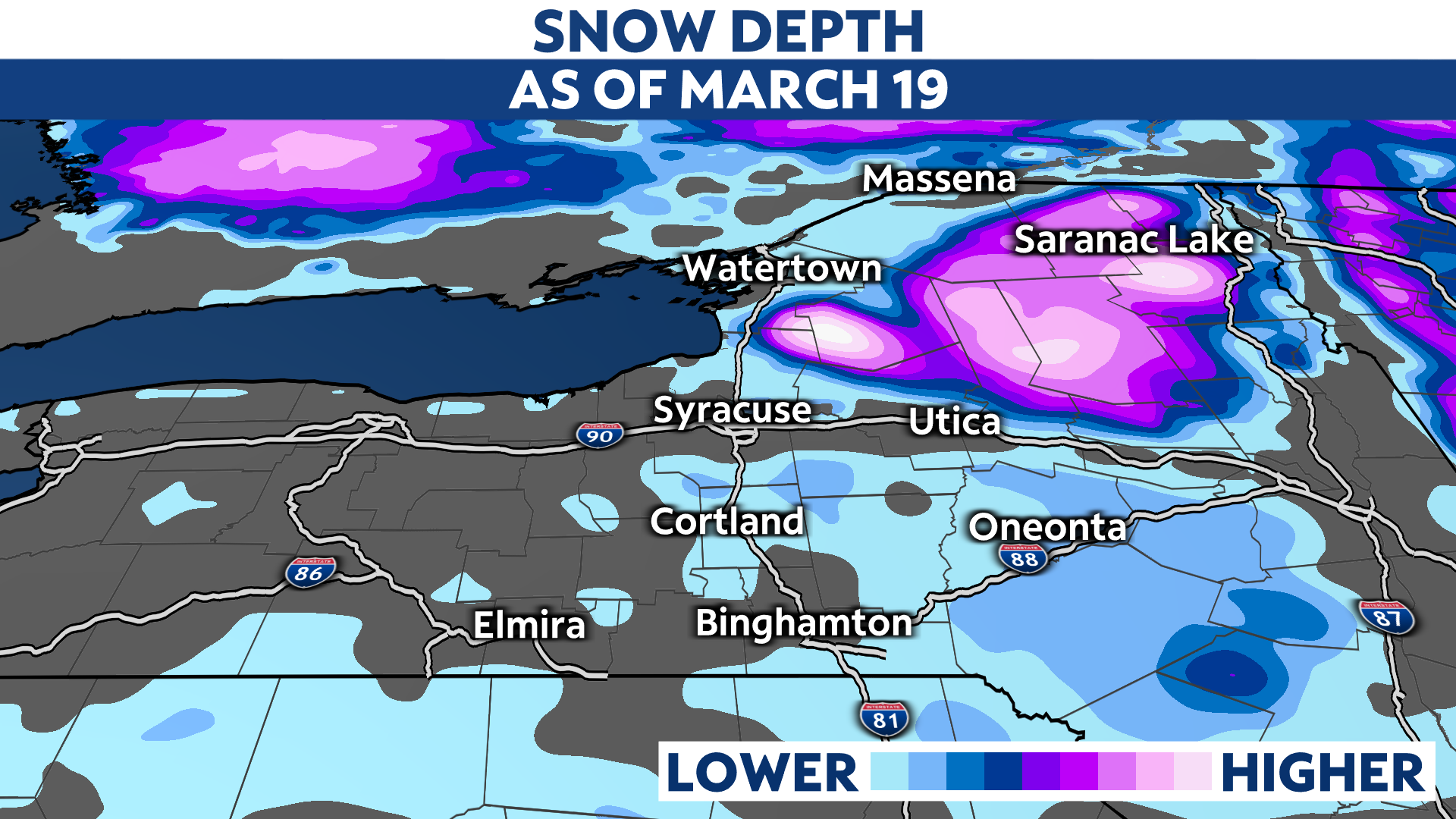 Higher-terrain areas such as the Adirondacks, Tug Hill Plateau, and hills south of Syracuse are generally cooler, supporting residual snow. As we head into spring, that will likely bring down high temperatures.

Relatively colder overnight lows in these areas also happen for this reason, as snowpack releases heat back into the atmosphere quite effectively, particularly on nights with a clear sky.

We often talk a lot about Lake Ontario and its influence on how much snow we see during the winter, but the big lake’s impact extends beyond producing heavy amounts of snowfall.

To understand how the lake affects daily temperatures, we need to understand specific heat.

The specific heat of a substance essentially tells us how long or how much energy it takes for that substance to heat up or cool down.

Water has a pretty high specific heat. In other words, water takes longer to heat up or cool down than, say, air.

Because of this, Lake Ontario is able to gradually get colder during the winter months, but not cold enough to freeze, also due to its depth.

While Syracuse may see a high in the 60s or 70s, places feeling the influence of the lake water, like Oswego, may only make it into the 40s or 50s.

At night, the opposite is true.

If the general theme of overnight lows is teens and 20s, and the lake water is relatively warmer, places like Port City could end up seeing lows a little milder, perhaps around 30.

Despite our weather conditions being generally similar most days across our vast region, many microclimate effects can be seen and felt on occasion, such as the ones we have discussed here.

This can certainly add an extra challenge to the forecast, especially when certain forecast models don’t seem to be picking up on snowpack.

Now when you watch Weather on the 1s over the next few weeks and notice some discrepancies in the temperature forecast near water or at higher terrain, you know what is likely causing them.