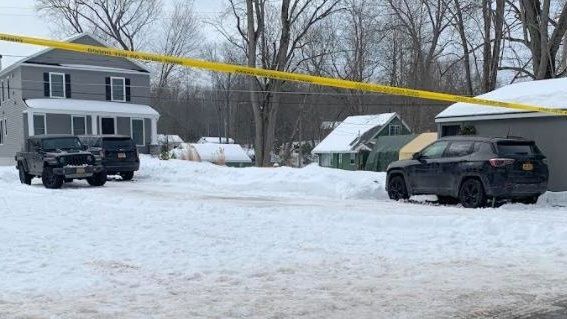 The wife of an Onondaga County Sheriff’s Office deputy involved in a murder-suicide in February has been arrested on charges of her own.

Eames’ husband, Isaac Eames, shot and killed his son and left his wife injured before taking his own life in Brewerton on Feb. 7.

An investigation into the couple’s transactions going back to January 2020 reveals they allegedly made off with more than half a million dollars in illicit funds.

A failed transaction with J.P. Morgan was a lynch pin in the investigation.

"And I'll be perfectly candid, and I think everybody up here was hoping that the answer would be in the negative that she was not involved and she was unaware of the expenditures,” Fitzpatrick said. “Sadly, the information uncovered by the sheriff's and by my office indicates to the opposite."

Karen Eames is being arraigned.