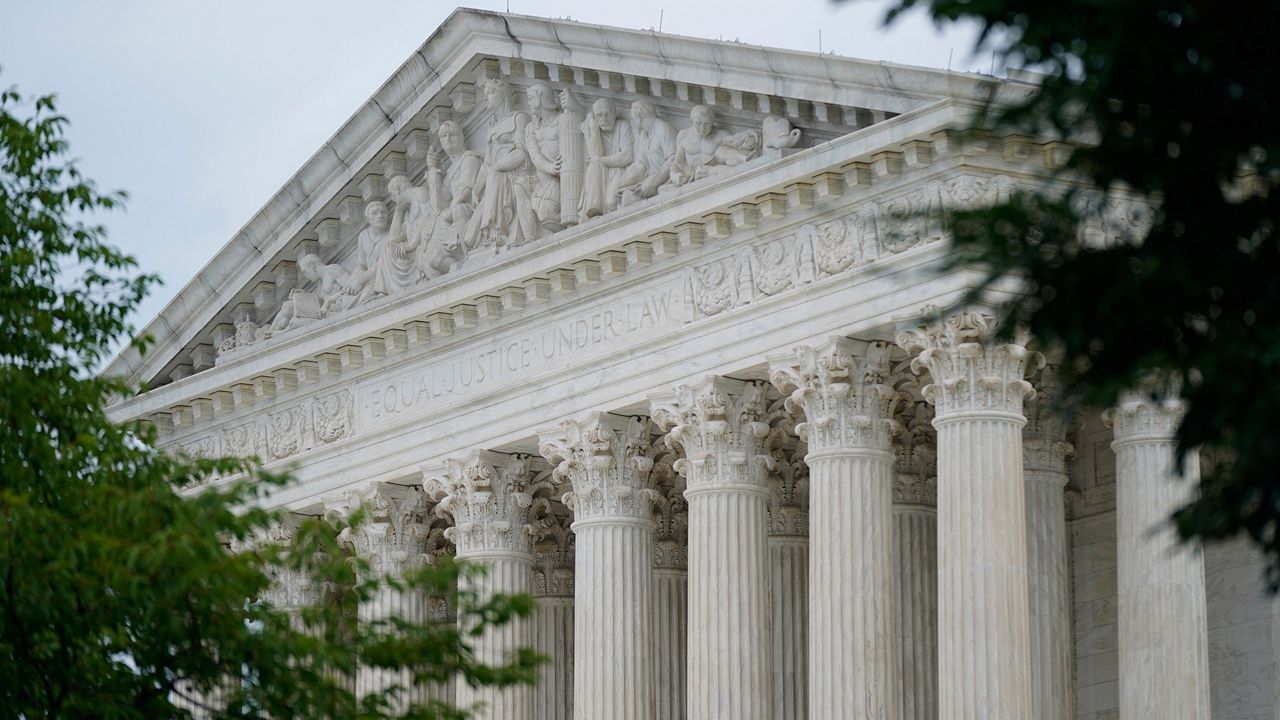 2 'blockbuster' cases before the Supreme Court this session

By statute, the first Monday in October is the first day the Supreme Court of the United States convenes its annual session. Monday was that day, and on the docket are some cases that could be as consequential as Dobbs, the abortion case the court ruled on last term.

“This term we have environmental cases, we’ve got gerrymandering, we’ve got affirmative action, we’ve got religious rights versus LGBTQ rights; we’ve got immigration; we’ve got another slew of blockbuster cases,” Bonventre said.

Capital Tonight asked Bonventre about two specific cases the court is expected to hear this term: Moore v. Harper, which deals with the power of the state Legislature; and Merrill v. Milligan, which deals with voting rights.

Moore v. Harper will test the legitimacy of a controversial conservative legal theory called the “independent state legislature doctrine" and determine which branch of government has the final word over elections — the Legislature or the judiciary.

Here’s the backstory: Republicans in North Carolina are challenging whether that state’s Supreme Court has the authority to decide gerrymandering cases. The plaintiffs claim that only the state legislature can decide redistricting.

“In other words, state legislatures can do whatever they want with regard to redistricting and state supreme courts have no say,” Bonventre explained.

In a weird political irony, if this conservative theory (the independent state legislature doctrine) had been in effect this past year, the lines that New York state Democrats in the Legislature crafted — the lines that were thrown out by the Court of Appeals as being too gerrymandered — would have withstood the legal challenge brought by New York Republicans.

Another case that could have implications for voting rights is Merrill v. Milligan.

Here’s the backstory: An Alabama lower court (which included two Trump appointees), threw out that state’s redistricted maps on the grounds that 27% of Alabama’s population is Black, but their power has been so diluted by gerrymandering that this population only has a single district out of a possible seven.

The U.S. Supreme Court heard the case during its so-called “shadow docket" and negated the lower court’s ruling, basically saying, according to Bonventre, “We don’t care if you think it’s racist. We’re not allowing you to do anything about it until we get the case.”

The case will be argued Tuesday before the Supreme Court in the course of its regular session.

According to Vox, while the Supreme Court no longer hears direct challenges to state gerrymanders, this case is different because racial gerrymanders sometimes have partisan implications.

If the plaintiffs in the case win, voting rights activists claim the Voting Rights Act will be further weakened.

Roberts said "decisions have always been subject to intense criticism…but lately, the criticism is phrased in terms of ... the legitimacy of the court,” which is a “mistake."

Kagan disagreed. She said the court’s legitimacy has to be earned.

When asked whether he thought the court’s legitimacy is at stake, Bonventre said the court’s recent rulings have only been viewed through a scrim of politics, and that’s problematic.

“The reason why the court has such a low approval rating right now is not necessarily because the public and people who follow the court disagree with this decision or that, but because look at the line-up. It’s always conservative Republican justices on one side, and liberal Democratic justices on the other,” he said. “That’s not the way judges are supposed to be deciding cases.”