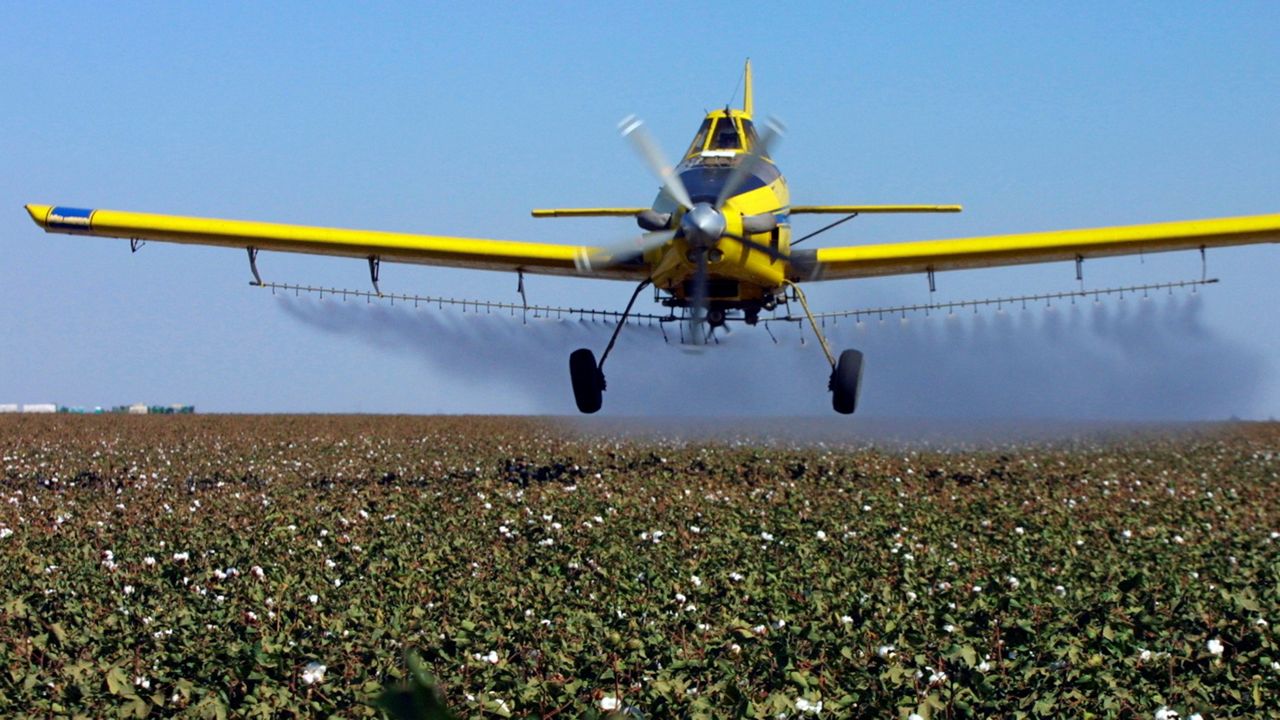 Farmers and vegetation management professionals concerned about additional pesticide restrictions are urging Gov. Kathy Hochul to veto a bill that would allow localities to ban the use of pesticides near state freshwater wetlands. (AP Photo)

Farmers and vegetation management professionals concerned about additional pesticide restrictions are urging New York Gov. Kathy Hochul to veto a bill that would allow localities to ban the use of pesticides near state freshwater wetlands.

Lawmakers who voted to adopt a pesticide application in wetlands bill at the end of session hope permitting local governments to adopt more strict rules to regulate the use of herbicides and pesticides in hopes to safeguard wetlands and protect the state's supply of drinking water.

The New York Farm Bureau has come out against the measure, and is asking the governor to veto it, citing the state Department of Environmental Conservation's extensive pesticide oversight rules and regulations and potential confusion for farmers operating in multiple localities with different rules.

Karen Reardon, the vice president of public affairs with Responsible Industry for a Sound Environment, a trade group that represents pesticide and fertilizer manufacturers, agrees those decisions should be left to DEC scientists and are inappropriate to involve local governments.

"We believe as an industry, because of the stringent regulatory framework in New York, the licensure as well as the deep expertise and I would say a very large staff within DEC to oversee these activities, that there's not a reason for this type of activity to be delegated out to towns," Reardon said Monday. "Locally, there isn't going to be this type of expertise."

The DEC has a stringent regulatory process for all pesticide applications. The agency issues licenses and permits to all professional commercial applicators, which goes through a required public comment period.

Reardon argues additional restrictions at the local level are unnecessary with the controls in place at the state level. Agriculture is the only industry exempt from the U.S. Environmental Protection Agency's federal Clean Water Act.

"Pesticides and herbicides should not have blanket application if a municipality chooses to regulate their local wetlands that way," said Harckham, adding local governments should have the option to have stricter regulations to protect their wetlands than required by the DEC.

Localities must have implemented a local freshwater wetlands protection law to prohibit the application of pesticides and herbicides in those areas. Adopting additional pesticide or herbicide rules would require passing another local law, including holding a public hearing and comment period.

"...The Farm Bureau tends to have a reflexive reaction when it comes to clean-water initiatives," Harckham said. "I would hope the Farm Bureau would work with us on this. It's a good bill. It's a local bill and it will go a long way to protect our drinking water supplies."

The senator cited a new U.S. Centers for Disease Control & Prevention report​ that shows 80% of Americans have glyphosaste, the active ingredient in weedkiller Roundup, in their urine.

"Eighty percent of us," Harckham reiterated Monday. "The fact we're allowing this in our wetlands, currently, is a really scary thing."

Lawmakers amended the bill to allow exemptions for using pesticides in freshwater wetlands for use against invasive species, such as harmful algal blooms.

"No products can be released into the environment until a thorough risk assessment on human health effects is completed," she said.

New York is home to about 2.4 million acres of wetlands. Some localities and municipalities have implemented local laws to regulate and protect their freshwater wetlands, but Harckham hopes more will be inspired to follow suit if Gov. Hochul signs his legislation.

The governor worked with Harckham to include his legislation in the $220 billion state budget to allow the DEC to regulate wetlands that are 7.5 acres or larger —​ a decision he says indicates Hochul may support this bill.

"Among the many environmental victories in the 2022-23 state budget, the governor’s commitment to improve the state’s wetlands protection program was fulfilled, which will save an estimated 1 million additional acres of unprotected wetlands habitat and help New York adapt to increased flooding and severe storms fueled by climate change," said Leo Rosales, a spokesman for Hochul.

"And she is reviewing this legislation."