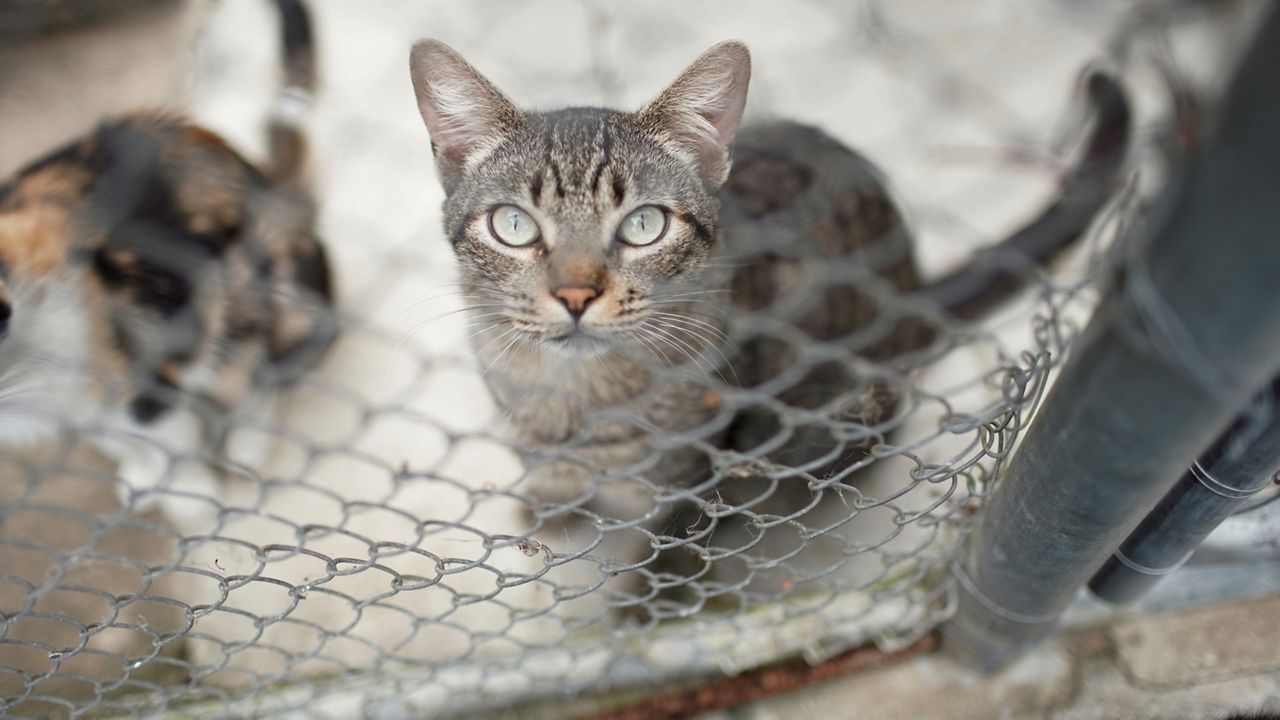 Gov. Kathy Hochul has given subtle hints to animal rights advocates she supports increasing protections for animals under the care of a shelter or humane society, which could include signing a law to create health and safety rules in animal rescue facilities.

The Companion Animal Care Standards Act would establish state standards to make sure homeless dogs, cats and other pets are kept clean and safe while living at a shelter or rescue organization and waiting to be adopted.

The bill was drafted with recommendations by small, medium and large-sized shelters, and would create a new licensing and inspection program.

Lawmakers voted unanimously to pass the measure this session, when it was introduced for the first time.

"There is massive bipartisan support for puppies and kittens, and actually, puppies and kittens are the only thing left in our political spectrum that are nonpartisan," New York State Animal Protection Federation Executive Director Libby Post said Tuesday.

The act is based on Association of Shelter Veterinarians' standards.

If the bill becomes law, the state Department of Agriculture and Markets will create care standards and regulations for municipal animal shelters and humane societies with new detailed rules about record-keeping, isolation requirements for sick animals, enclosure space, veterinary and transportation requirements and many others.

The department will annually issue licenses and inspect all shelters or rescue groups that care for homeless animals. About 500 entities will be eligible for a license.

"Folks looking to adopt an animal should be able to expect that shelter that they're adopting the animal from is compliant with some basic animal-care standards," said William Ketzer, senior legislative director with the American Society for the Prevention of Cruelty to Animals.

Shelters and rescue groups are eligible for funding to help with building construction or other upgrades to prepare for increased standards from the $8 million Companion Animal Capital fund in the state budget.

More than 100 organizations have received money from the fund to make upgrades to facilities, which can include new HVAC or plumbing systems, veterinary operating rooms, more spacious animal enclosures and more.

Gov. Hochul included the Companion Animal Capital fund in her executive budget in January, indicating she supports the issue and could sign the bill to enhance animal care.

Post said she thinks Hochul will support the Companion Animal Care Standards Act with her signature.

"When I saw her at an event and thanked her for signing last year's bills, she said, 'We're not done taking care of our companion animals yet,'" Post recalled. "I really think that she will stand behind this bill and the other bills that we passed this session."

Avi Small, a spokesman with Hochul's office, said the governor continues to review the legislation, but he would not answer questions about if she intends to sign it or when.

The state Animal Protection Federation helps and advocates for more than 110 animal shelters and rescue organizations across the state. The federation has at least $147,000 in grants available for shelters and rescues for low-cost shelter consulting services by a group of animal welfare professionals.

Consulting will be provided to 20 organizations across upstate and six in New York City. The education program will start in September. ​

​"No one is going to get left out in the cold — that was part of the reason why we did these grants... to help the shelters and rescues who need the help to enhance their level of care because the animals are the number one priority here," she said.

Some smaller shelters and organizations may merge together to provide the required amount of care to animals, Post said.

Federation consultants will educate staff at shelters and rescues and help them be more cost-effective under the proposed requirements.