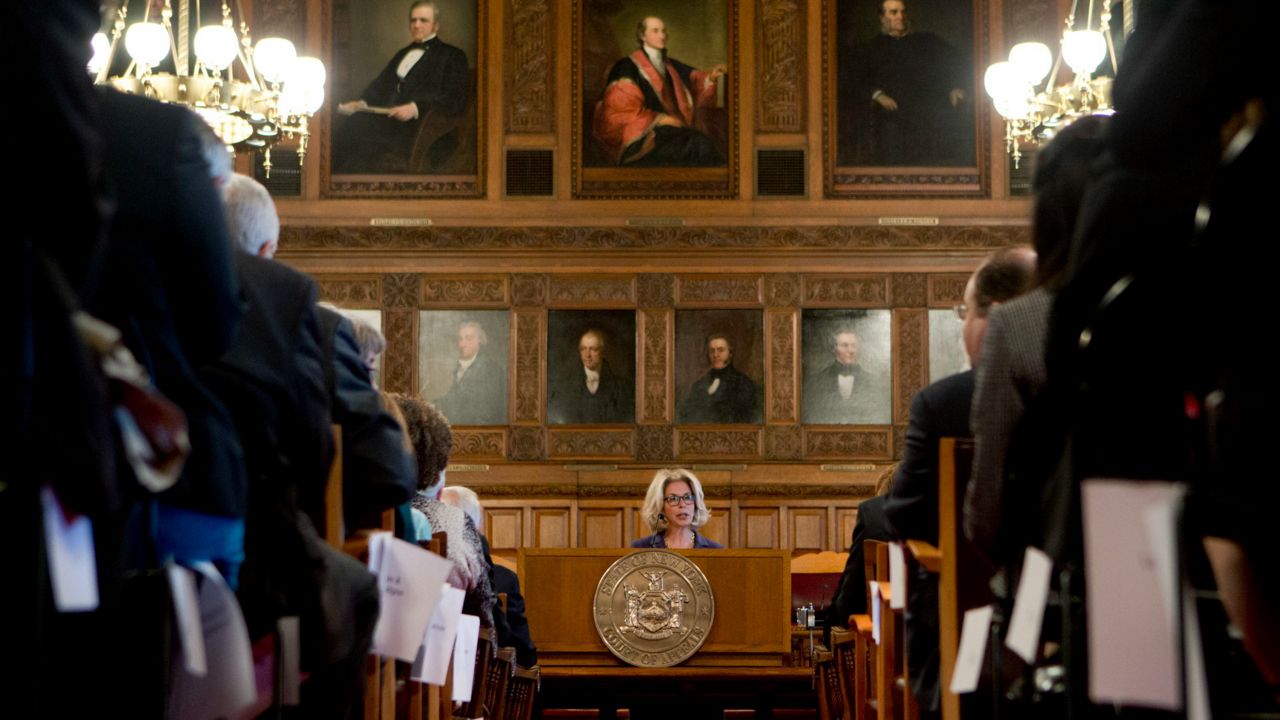 The Albany political world was shocked to learn Monday that New York Court of Appeals Chief Judge Janet DiFiore is leaving her post as the state’s top judge by the end of August, long before her term was due to expire.

Further reporting by Law360 found that DiFiore has been under investigation by the Commission on Judicial Conduct for using her position to influence other cases involving some of her critics. Vin Bonventre, Justice Robert H. Jackson distinguished professor of law at Albany Law School and editor of the New York Court Watcher Blog, said the sudden retirement gives Gov. Kathy Hochul the opportunity “to really reshape the court.”

DiFiore was nominated by former Gov. Andrew Cuomo and took the position in February 2016. Prior to becoming the chief judge, DiFiore served as district attorney of Westchester County. DiFiore’s term would have expired at the end of 2025, which is the year she turns 70, the mandatory retirement age. DiFiore did not give a reason for her retirement and a spokesperson said the retirement had nothing to do with the ethics investigation.

Bonventre said if the reports of an ethical violation are true, they hurt DiFiore’s reputation but isn’t sure if and how it impacts the court’s reputation. DiFiore’s legacy will come down to the work load of the court and the movement of the court to the conservative end of the spectrum on criminal cases, according to Bonventre.

Bonventre doesn’t make a firm prediction, but would not be surprised if Hochul picks the only judge she has nominated for the court in her short tenure, Judge Shirley Troutman. Troutman, of Hochul’s Buffalo, was sworn into her position this January. Bonventre said the recent confirmation, along with the history that would be made by the pick, helps Troutman’s chances. Troutman would be just the third woman and the first person of color to hold the position. The nomination of Troutman would open another position on the court for Hochul to fill.

People looking to be nominated to the court will need to apply to the Commission on Judicial Nomination. The commission will then submit seven names to the governor of those applicants. Gov. Hochul has to select a name from that list and the nominee is then subject to Senate confirmation. The Senate is not scheduled to come back to Albany until the start of the new legislative session in January.