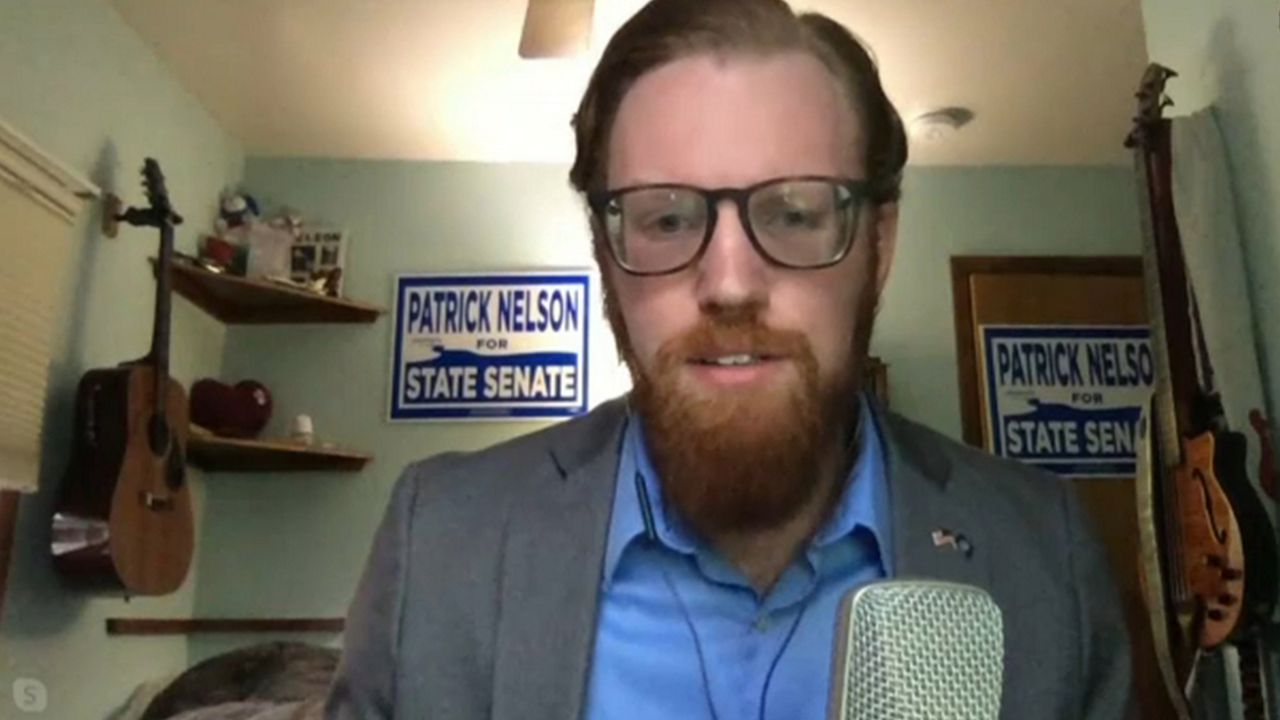 The district includes Columbia County, as well as parts of Rensselaer, Saratoga, and Washington counties.

When asked why he’s running, Nelson told Capital Tonight "because our district needs a senator. Someone who can deliver legislative results that can benefit our community, that can represent everyone in the community, not just those who agree with them.”

Nelson said the legislature has a lack of people who have a scientific background, which, as an RPI graduate in bio-chemistry, he has.

“We need to have a data-centered and rationale response to the ongoing pandemic,” Nelson said.

Nelson was also an entrepreneur in the biotechnology space.

“That experience brings a perspective on how we can get an economic recovery that focuses on growing new and small businesses, especially in upstate New York,” he said.

When asked what’s needed to grow business in upstate, Nelson mentioned both broadband connectivity and an idea to create a public payroll provider. Payroll is a small expense, but Nelson said there are huge compliance costs that accompany payroll that could cost as much as a part-time employee over the course of a month.

“Businesses are outsourcing payroll activity to [companies like] ADP and Paychex, and it costs a bunch of money to ultimately file paperwork with the Department of Tax & Finance anyway,” Nelson explained. “So, let’s cut out the middleman. It’s something that could be solved with software. Let’s make it free.”

Nelson, a business guy, is also for a universal health care system. He explained to Capital Tonight that while he was working for a biotech firm in California, an incident took place which informed his perspective on the issue.

“We had been out there a month, and a friend of mine falls into a grand mal seizure while playing chess and talking about the business plan. Very stereotypical nerds in California kind of thing,” Nelson said.

“I’m sitting there while he is suffering, going through that uniquely American calculation about the financial cost versus the benefit of whether I should call 911 to help my friend who is struggling,” he said.

“$5,000 for an ambulance on a company that had just raised $40,000 in angel investments,” he said. “Situations like this are the reasons why people don’t start businesses. Because of that risk.”

The Business Council of New York doesn’t support it.

Senator Daphne Jordan did not immediately respond to requests for comment.