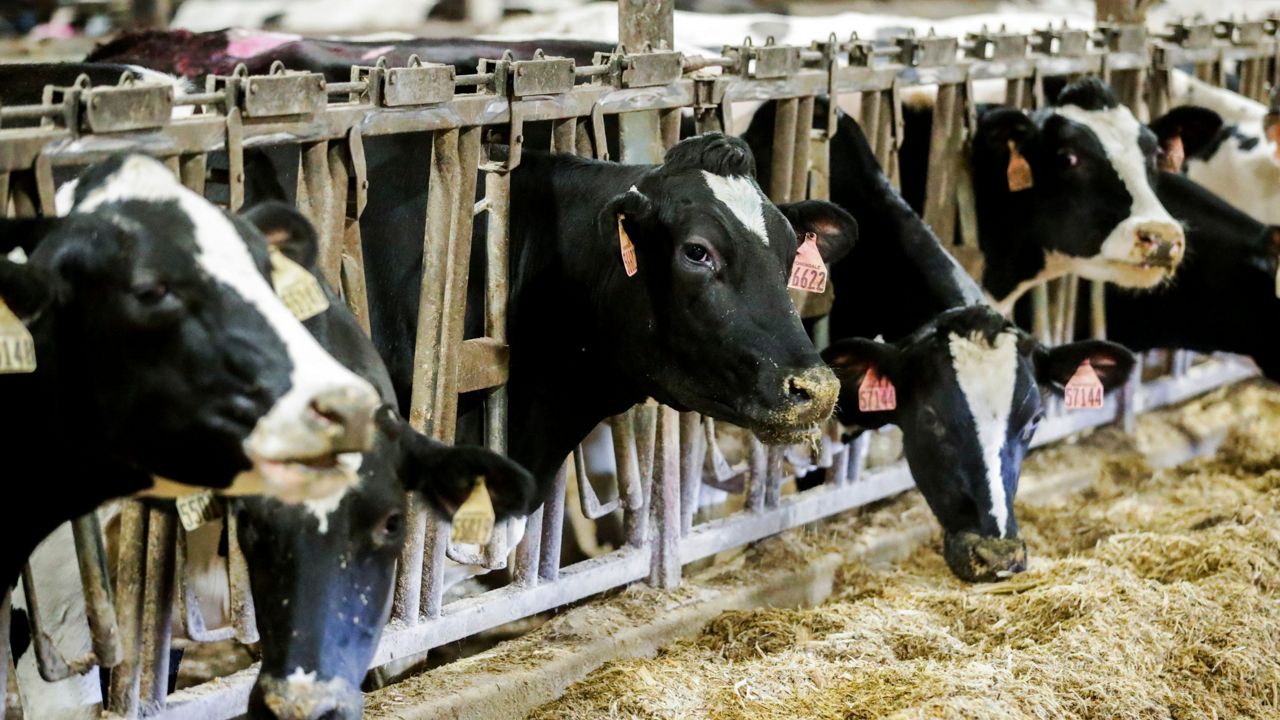 The new trade agreement between the United States, Mexico and Canada officially went into effect Wednesday.

Proponents expect it to have a significant impact on the U.S. economy. One of the industries that’s expecting an impact is the dairy industry.

"It's confusing because our last name is Lamb but the kind of animals we have on our farm our cows," Kendra Lamb of Lamb Farms in Oakfield said.

"We've just come out of a couple of really tough years in the dairy industry with our milk prices and 2020 was supposed to be a good year for us," Lamb said.

Unfortunately for farmers, as their fortunes were supposed to change, the coronavirus pandemic hit.

"Our prices plummeted pretty quickly and then we were fortunate that through some different assistance programs, a lot of creativity by the cooperative, prices have come back a little bit, at least right now," Lamb said.

She said farmers in New York were helped by state and federal assistance programs that connected them with families in need of the products. Now more help is on the way.

"We look at the USMCA as pretty promising and favorable to U.S. agriculture," Lamb said.

"NAFTA was very dated. It was 20-plus years and when it was negotiated, technologies and commerce that exist today weren't even contemplated so it brought it up to the 2020 standard," he said.

Reed said the new deal will stabilize the dairy and auto industries and open opportunities in the future on things like internet commerce.

"COVID-19 is a very unique situation and so we're not going to have as much of an immediate benefit but over the long term it's going to be a hug job creator," he said.

In six months, Canada is supposed to eliminate a tiered pricing system that placed extra tariffs on some dairy products. The industry estimates it will bolster farm revenue by nearly $550 million over the first six years if implemented correctly.

Lamb said while her cooperative has a diverse portfolio, it should definitely be another piece of the puzzle they were missing.