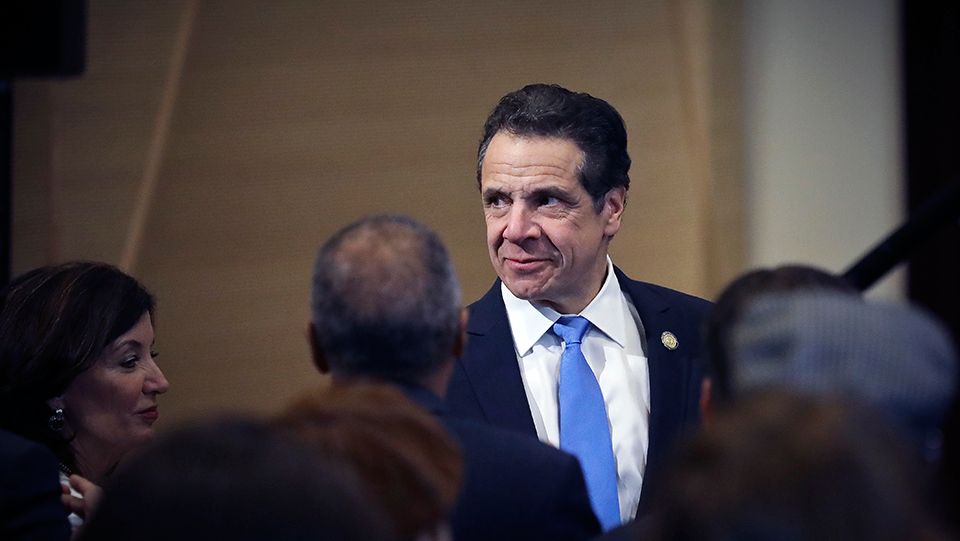 “I think this budget is probably the strongest progressive statement that we've made that actually addresses many of the difficult, difficult issues that we are facing,” said Cuomo.

“In many ways it was your classic Albany budget deal where everything is cobbled together at the last minute and in the dark,” said Blair Horner of NYPIRG.

For lawmakers, after a marathon voting session that began on Sunday and stretched into early Monday morning, the pay raise resolution for Cuomo was an especially bitter pill to swallow.

“This was absolutely ridiculous that we were going to pass a governor's pay raise of 40 percent during the budget process, every New Yorker should be outraged not only at the raise, but how it was done,” said Senator Robert Ortt. “Absolutely despicable.”

Other lawmakers chose not to vote on it, finding excuses to not be in the room when it happened.

“I happened to step off the floor and go to the bathroom, so I missed the vote on that,” said Senator James Skoufis. “Maybe you should ask another member.”

I asked Sen. James Skoufis about the resolution increasing Gov. Cuomo's pay: "Unfortunately, I was in the bathroom and I missed that vote."

This was said with a smile.

Lawmakers were also torn over the creation of a commission that would develop ways to publicly finance campaigns. The commission is required to submit a report by December 1 on the issue, but there's no guarantee a public funding system would actually be created.

The budget itself was finally approved at around 7 a.m. Monday, seven hours into the new fiscal year. Comptroller Tom DiNapoli declared the budget on-time, which means lawmakers, too, will be receiving a boost in pay.