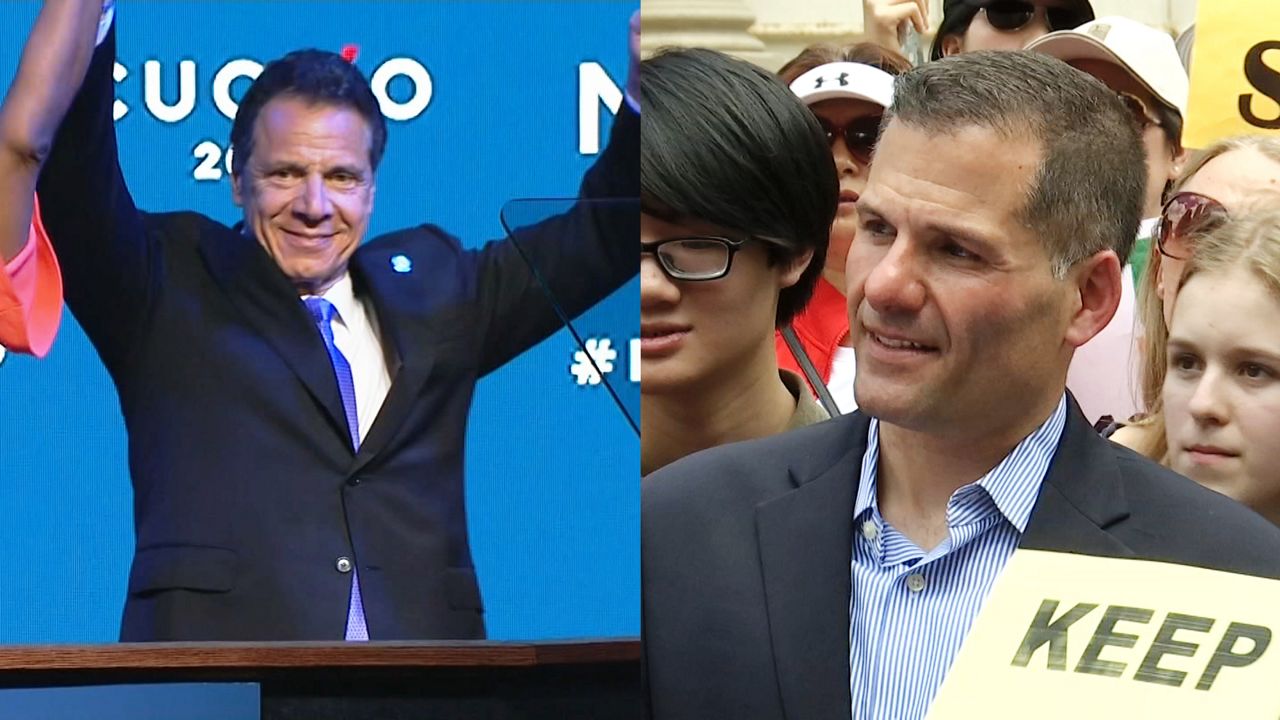 It was amid growing concern the Supreme Court could reverse Roe v. Wade that Governor Andrew Cuomo announced his top priority in the new year: the Reproductive Health Act, which expands abortion rights.

"We're going to pass that law with a Democratic Senate in the first 30 days of this new legislative session," Cuomo said.

Cuomo's women's rights agenda has lately also included shots at Republican Marc Molinaro, who in the past opposed legislation mandating equal pay for women and a bill that limited the use of handcuffs on pregnant female inmates.

"Who would vote against taking off the shackles of a woman in the middle of childbirth?" Cuomo said.

Molinaro says he recognizes abortion rights as settled law, but objects to the Reproductive Health Act because of its allowance for late-term abortions. Meanwhile, he's got his own vision for January 1.

In addition to limiting the governor to eight years in office and state legislators to 12, Molinaro would allow for voter referenda to effectively veto new state laws; create an independent redistricting commission; a database of deals to track economic development spending; a new Moreland Commission to root out corruption; and he'd close the LLC loophole that allows companies to circumvent contribution limits.

"Can you imagine what we're going to get done when we have a Democratic Senate?" Cuomo said.

That could include legislation like the DREAM Act, voting reform, campaign finance reform, and criminal justice reforms like the elimination of cash bail, which would all have slim chance of passing in a Molinaro administration, though he does take a fairly progressive stance on marijuana, while stopping short of legalization.

"I support decriminalization. I don't anybody should be in jail because of a marijuana-related issue," he said.