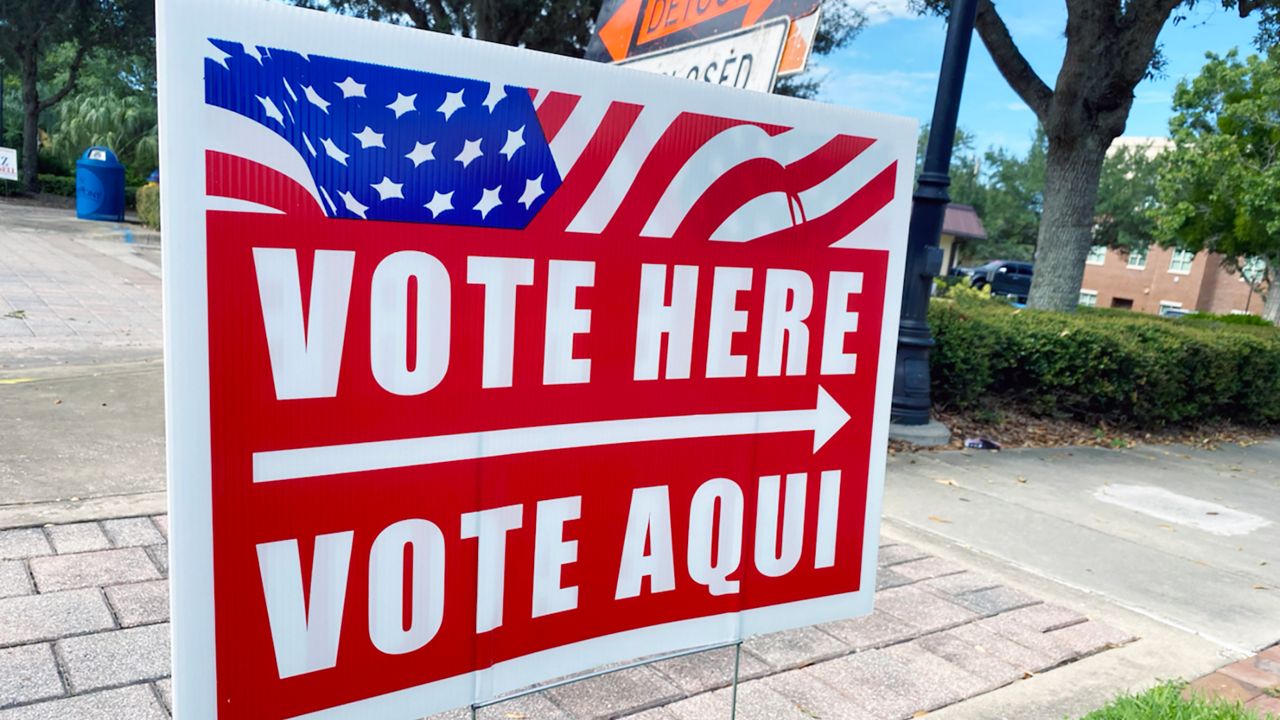 Why New York voters are anxious about democracy

New York voters are increasingly anxious about the state of the nation's democracy and its preservation. It's an anxiety that comes in the wake of a months-long hearing on the Jan. 6 attack on the U.S. Capitol highlighting former President Donald Trump's efforts to undermine the results of the 2020 election.

But it comes amid a time of intense dislocation for voters and Americans in general following a devastating global pandemic and fears the country is on the precipice of an economic downturn.

A Siena College poll this month found voters in New York are ranking generalized threats to democracy as their top concern second only to inflation. The issue polled ahead of crime as well as abortion rights.

At the same time, an even split of Democrats and Republicans cited the issue as key to them. But it's likely they are not all on the same page.

"It's a general erosion in public trust and public institutions and that's been going on for years," said Blair Horner of the New York Public Interest Research Group. "Maybe we're hitting a critical mass now where enough people are skeptical of what they hear where they distrust anything."

Republicans are more likely to believe the false claims Trump won the election. But there are also broader concerns among right-leaning voters over social media access and free speech. Democrats are fearful Republican victories could help Trump regain power in 2024.

"I think people realize how fragile democracy can be when you have people who are willing to violently attack the Capitol and that was an insurgency to dismantle our democratic processes," said U.S. Sen. Kirsten Gillibrand, a Democrat.

Despite the polling, Republican candidate for governor Lee Zeldin believes voters will ultimately focus on the isues that directly affect them and their families — pocketbook issues and crime, two themes he has honed in on as Election Day approaches.

"At no point am I coming across people who say what will decide my vote for governor is based off of who the last president was," Zeldin said.

On Monday, Gov. Kathy Hochul campaign highlighted texts Zeldin sent to former Trump chief of staff Mark Meadows about identifying supposed elections irregularities. The texts, first reported by journalist Hunter Walker, were made public as part of the ongoing investigation into efforts to overturn the election.

And Hochul in a new ad Monday highlighted Zeldin's endorsement from Trump, and the Long Island congressman's vote against certification of the presidential election.

Zeldin's campaign called the attacks a sign of desperation.

'You know Kathy Hochul is desperate when she’d rather obsess over a text message sent at the beginning of November before the election was even called, rather than focusing on the issues most important to New Yorkers, including rising crime on our streets and a skyrocketing cost of living. Where is her statement calling for a special session on cashless bail?" said spokeswoman Katie Vincentz. "Where’s her statement announcing she’s refunding the campaign donations she solicited in exchange for New Yorkers’ tax dollars? The fact that Kathy Hochul spends all her time pathetically grasping at straws like this instead of making life easier, safer and more affordable for New Yorkers tells you everything you’ll ever need to know about Kathy Hochul."

Horner, the NYPIRG official, said there is potentially more at work. New York's voter turnout can be low. Lawmakers have tried — unsuccessfully in the last year — to control the redistricting process to let them choose their voters.

"Part of it is, of course, government should operate in the open," he said. "The more opaque the government is, the more it feeds the public cynicism and skepticism."

The bigger challenge will be strengthening civics classes in the U.S., especially among younger people.