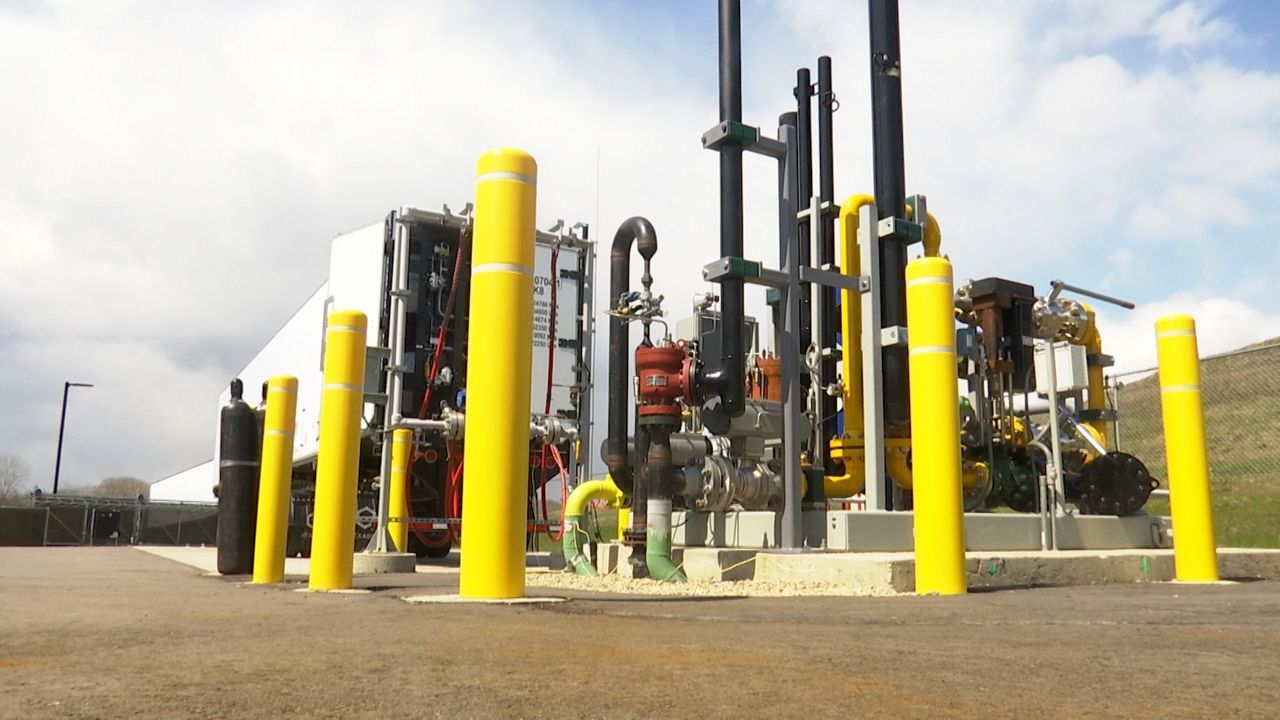 Republican candidate for governor Lee Zeldin is pressing for a reversal of New York's ban on a controversial natural gas extraction process, one that supporters have argued would bring much-needed jobs and people to parts of upstate, but critics have decried for environmental degradation.

Ending a ban on hydrofracking — put in place administratively in 2014 by then-Gov. Andrew Cuomo and in law by the Democratic-controlled Legislature last year — would also be a heavy lift and conflict with a separate law requiring the state to transition to more renewable forms of energy in order to combat climate change.

But the proposal is among a handful of Zeldin's stated economic goals if elected governor this November.

"Jobs can be created, we can generate revenue, we can drive down taxes," Zeldin told reporters in July during a virtual news conference. "There's a huge benefit for the state to reverse that safe extraction of natural gas ban that we have."

In the years since the fracking ban was put in place, the natural gas industry has turned its attention to other parts of the country where the process is allowed.

"They were pushing for opportunities for fracking in the Marcellus Shale and when it became clear they weren't going to be able to, they started looking elsewhere," said James Hanley, a senior policy analyst with the Empire Center think tank.

But with global disruptions like the war in Ukraine, natural gas has become an even more important energy source and upstate New York would be a viable location for extraction.

"Each well could bring in millions of dollars in direct economic benefits that bring in spin off jobs as well as direct jobs from the drilling itself," Hanley said.

But environmental organizations have long argued any economic effect would be outweighed by the cost to water, land and air.

"Fracking is a major threat to our climate and not just to our water, our health, our communities, our environment," said Eric Weltman, a senior organizer with the group Food and Water Watch.

New York in the coming decades is set to transition to more renewable and cleaner forms of energy in order to curtail the effects of climate change. The move will lead to major changes in transportation, home heating and energy transmission. Moving forward with natural gas drilling would fly in the face of that effort, Weltman said.

"It would violate New York's climate law," Weltman. "There is no way New York could move off fossil fuels, which we must do and have been doing."

New York banned fracking after a long campaign by environmental groups, which have also opposed pipeline construction and other forms of natural gas extraction. Any revival would re-awaken the movement, Weltman said.

"We took on the fossil fuel industry then and we won," he said, "and we would do so again now."