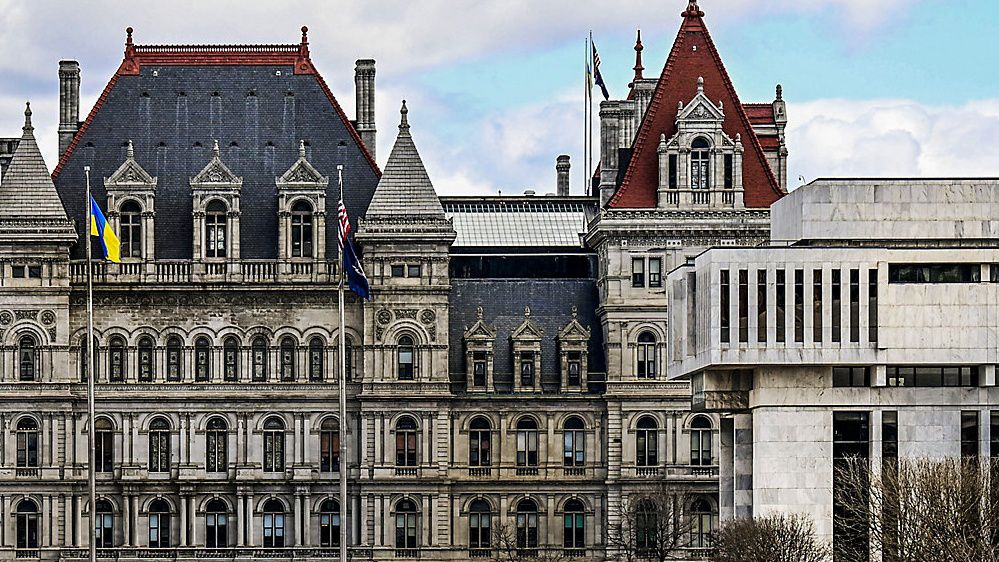 This past April, Gov. Kathy Hochul and Democratic lawmakers had a rare luxury in the world of New York state government: A budget surplus to spend.

Boosted federal aid and increased taxes on the rich filled the stats' coffers, enabling the spending plan to increase funding for schools and health care, provide bonuses to frontline, suspend some gas taxes and increase pay for public workers. But with an economic downturn potentially looming, alarm bells are ringing in budget offices.

How the state's budget is shaped affects millions of New Yorkers, from where they go to school to how they get to work. A recession could end the flush times of this year, and lead to tough questions over taxes and spending.

"It significantly changes the discussion because the financial plan was balanced over the next four years which was a great thing for the state," said Patrick Orecki of the Citizens Budget Commission. "This changes that discussion."

The Division of Budget this week project billions of dollars in gaps -- an estimation that revenue from taxes will not be enough to meet spending expectations and an acknowledgement the state's economy is likely sailing into headwinds.

"It really changes the landscape and how the governor and Legislature will have to approach the budget going forward," Orecki said. "The reality is with $6 billion budget gaps that's a big amount of money to tackle even under the status quo."

Peter Warren of the right-leaning Empire Center think tank wrote in a post this week the development was a signal spending needs to be restrained next year.

"Where the economy and financial markets go from here is unknown," he wrote. "But in retrospect, it seems clear at least that the Governor and the Legislature should have showed more fiscal restraint in April. There’s still time for Hochul to go back and exercise some."

Budget negotiations each year in Albany are a push and pull between taxes and where to send the revenue. The state relies on a relatively small number of very rich people to fund its priorities, with education and health care being the most expensive items each year.

But the budget also provides aid to programs that support people with developmental disabilities, boost measures to combat climate change and increase affordable housing. On the other end is taxation. Fiscal hawks have warned that turning the tax dial too far on the rich could send them fleeing to cheaper states, leaving fewer households to draw revenue from to pay for it all.

Michael Kink, the executive director of the progressive organization Strong Economy for All hopes cuts to services won't be the case. And doing so in a recession would hurt vulnerable people.

"Everyone knows that prices are skyrocketing and regular people, poor people, working people, are having a tough time making ends meet," Kink said. "State government has a role to play -- can actually improve peoples' lives."

Kink pointed to the experience of previous recessions in which spending was cut and the state's economy was slow to recover.

"We have a track record from prior recessions: State governments that invest in their people and maintain public services do better," he said. "We know have a tax system that actually reflects where the money is. There's not really a recession for the super rich."