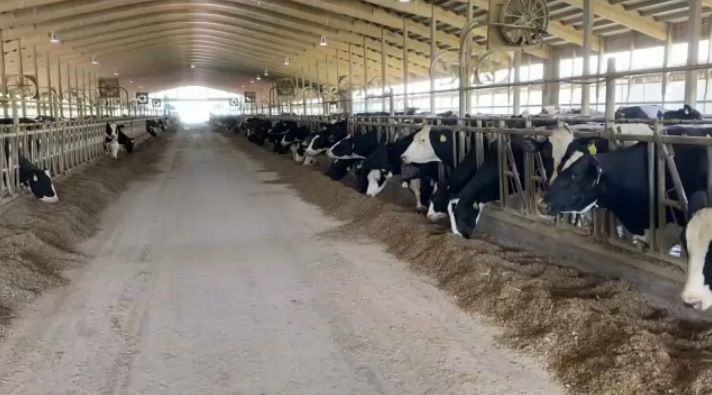 Stuart Ziehm's family has been farming for four generations. He's been grappling this summer with the added cost of fuel and supplies at his 2,000-acre dairy farm in southern Washington County.

"Agriculture being one of New York's top industries -- agriculture is one of the engines that drives the state and we have to make sure we keep all agriculture sustainable," he said.

Farms in New York are bracing for a lower overtime threshold as their costs continue to pile up. Agriculture producers are in a business of whims.

Ziehm is among the farmers opposing the plan to lower the overtime threshold for farm workers to 40 hours a week that is expected to be phased in over the next decade. A wage board at the state Department of Labor is expected to advance a final report in September backing the lower threshold.

"Change in the overtime would really put a lot more pressure on us, which gives us the inability to continue to reinvest in the business and takes away the ability to reinvest in our communities and our local towns," Ziehm said.

Farms in New York over the decades have consolidated, with many producers choosing to get out of the sector entirely. That has raised alarms among farm advocates and the agriculture business overall, pointing to the effect.

"Sustainablility is our ability to keep our doors open and as our costs keep increasing and it gets more complicated to operate in New York state, it does make us question how long we'll stay viable," Ziehm said.

But for advocates like Lisa Zucker at the New York Civil Liberties Union, the lower threshold will help workers.

She points to New York's plan to subsidize farmers with a tax credit to offset the overtime costs.

"So every hour pay paid by an employer is going to be reimbursed by the state of New York," Zucker said. "There's no reason why the overtime threshold can't be lowered to 40 hours."

But some farmers are skeptical, saying there's no guarantee that tax credit will be there in the long term.