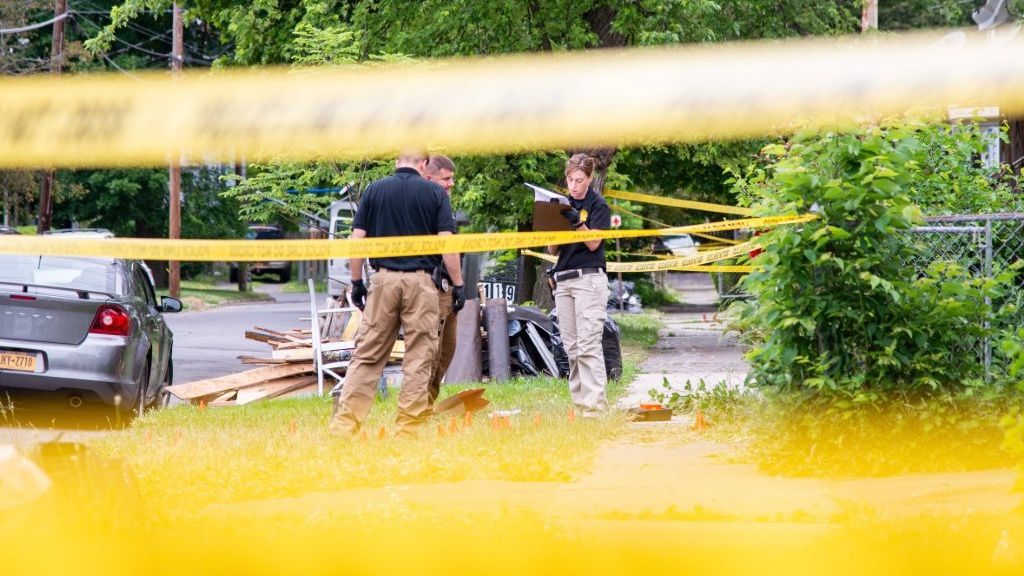 A majority of New Yorkers call crime a serious problem facing the state, and many are worried they could be a victim of a crime themselves, a Siena College poll released Thursday morning found.

Concerns over public safety in New York cut across political affiliation, age, gender, race and geography, according to the survey of 806 registered voters in the state. At the same time, voters remain split over whether to elect Gov. Kathy Hochul to a full term later this year or support a generic someone else.

And most voters continue to believe New York is heading down the wrong track.

The poll was conducted from June 7 to June 9 and has a margin of error of 3.9 percentage points.

The poll found broad support for a package of gun law changes approved earlier this month by lawmakers and signed into law by Hochul.

Most voters also say that while they have not seen a marked impact on a partial, 16-cent suspension of the gas tax in the state, 55% continue to support the move, 19% have not seen a noticeable change and 15% oppose the suspension.

The poll comes as primary voters will be heading to the polls starting on Saturday to pick nominees for statewide offices in the race for governor and lieutenant governor as well for the state Assembly. The primary itself will be on June 28.

Crime has been a dominant campaign issue. That's reflecting back New York voters themselves: 63% called crime a "very serious" concern for them. That includes 61% of Democratic voters as well as 69% of Republicans and 61% of independents. Majorities across the state -- from New York City to suburban voters as well as those upstate -- also call crime a very serious problem, the poll found.

A combined 65% of voters overall call crime a very serious or serious problem in their own communities, while a combined 60% are concerned or somewhat concerned they could be a victim of a crime themselves.

Hochul's favorable rating with voters stands at 46% favorable and 37% unfavorable -- also little changed from last month. Her numbers have rebounded more when voters are asked if they are prepared to elect her to a full term later this November.

In April, 45% support a generic "someone else" to supporting Hochul as a potential Democratic nominee. The poll released Thursday found voters split at 46% elect; 44% someone else. Still, Hochul's numbers with independent voters remain in a bad state: 59% support electing someone else.

President Joe Biden has a plurality of voters in New York giving him a favorable view: 49% to 46%.

The poll did find broad support for many of the gun law changes which Hochul championed. Voters back requiring permits for semiautomatic rifles as good for the state, 76% to 14% amd outlawing body vests except for law enforcement 58% to 24%.

Voters by a 63% to 19% margin support strengthening legal protections for women who are seeking abortions in New York, part of a package of bills approved ahead of a Supreme Court ruling that could overturn Roe v. Wade at the national level.