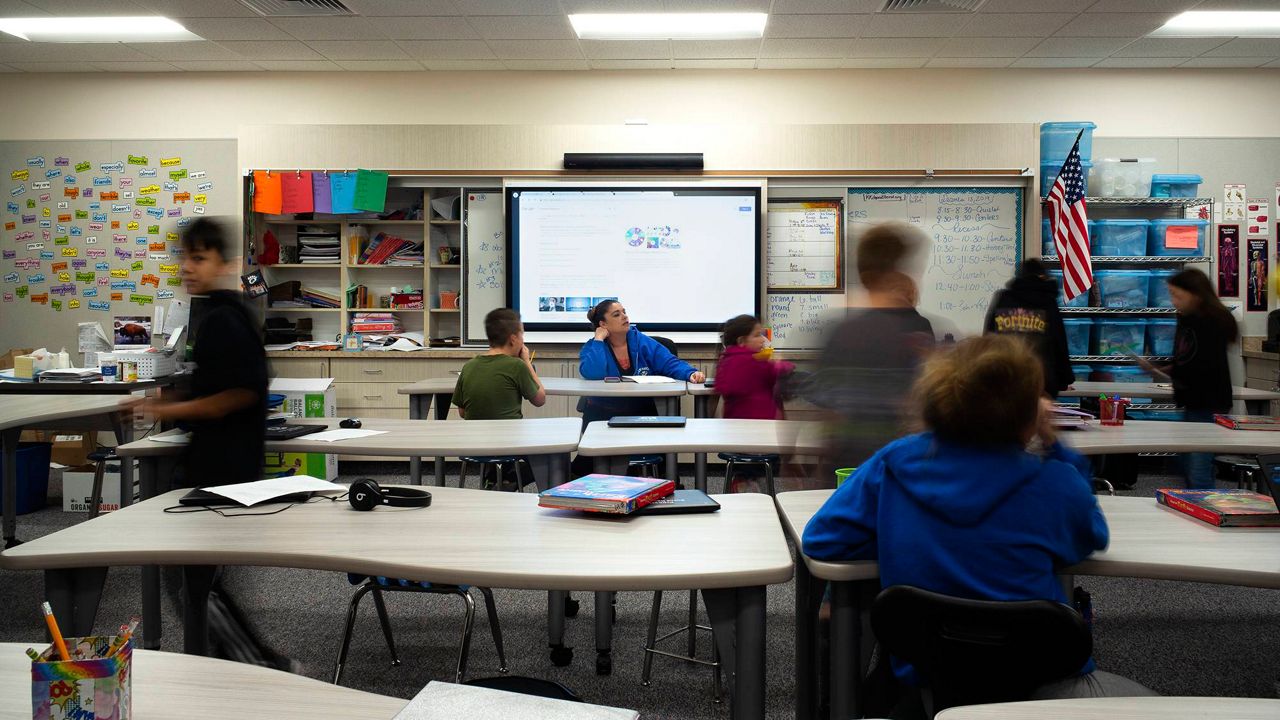 A panic button for a classroom or school campus can be one phone tap or push alert away. That's the idea behind a proposal given final approval by New York lawmakers in the closing days of the legislative session as officials reassess school safety measures in the wake of mass shootings around the country.

"We have to try in every way we can to stay one step ahead of what is clearly growing violence throughout this country," said Assemblywoman Pat Fahy, an Albany-area Democrat.

As New York moves to tighten gun laws in the wake of shootings in Buffalo and Texas, a bill heading to Gov. Kathy Hochul for her consideration would require schools to consider panic alert systems — silent arms that a teacher or staff member can activate.

"Having these silent alarms, we know from the research that they can work," Fahy said. "Especially with mass shooters, seconds matter, let alone minutes."

In Florida, implementation of these alarms is already underway in schools. The measure was named Alyssa's Law after a student who was killed at Marjory Stoneman Douglas High School in 2018.

Geno Roefaro, the CEO of SaferWatch, said his company's system is already in place in half of the state's school districts.

"So obviously with an emerngecy situation, you don't know where you're going to be in that instant," he said. "So having that ability on your phone or on a button, pressing that emergency button, that instantly notifies first responders, 911 centers, the staffs in the school. It allows them to initiate those 911 protocols."

The company's app can be used to alert first responders before and during an emergency. It can also help provide a head count of students and personnel after the emergency is over. A physical panic button can also be worn on a lanyard.

Having information from on-the-scene witnesses can provide with the panic alarms can be invaluable, Moffett said.

"The number one thing that kept me up at night was what did we miss?" he said. "Did we miss a piece of intel, a piece of information that someone is going to go to one of our schools, shoot people at our schools or even have a stabbing?"