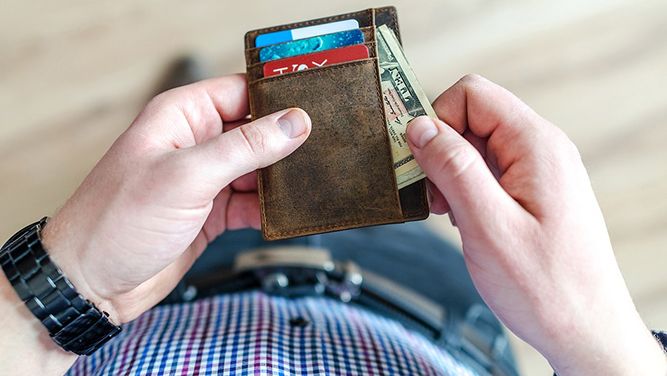 Inflation has led to sharp increases in everyday goods — groceries and gas now cost a lot more. In New York, a high-cost state to begin with, pain from inflation and high gas prices can be felt even more.

But as state lawmakers negotiate a state budget due at the end of the month, there are bipartisan calls for trying to find ways of easing price burdens on consumers and taking less of a bite out of their wallets.

"There's a lot of people out there right now who are still living paycheck to paycheck," said state Sen. Sue Serino, a Republican from the Hudson Valley. "So we have to do whatever we can do to make it more affordable for them, not be spending so much money and not be increasing taxes."

The per-gallon price of gasoline has remained steadily above $4 in most parts of New York state over the last several weeks, compounded by the war in Ukraine.

"People are going to the pumps, they're making decisions on how much gas am I going to put in the car?" Serino said. "Food is expensive, all the costs are up."

New Yorkers pay some of the highest property taxes in the country. The state a decade ago sought to cap annual increases by local taxing districts like municipalities and school districts. But lawmakers like state Sen. Jim Tedisco believe high property taxes have made it more difficult for people to remain in New York, especially for older adults.

Tedisco this week called for an expansion of the STAR program — a popular tax rebate for homeowners. His plan would largely double the average benefit and end property taxes for homeowners over the age of 80.

"They're having to make some tough decisions now because it's not only the pandemic affecting them, we have the highest inflation in 40 years," he said.

There are also calls for pay raises for low-income workers, including people who work in the home care sector. Home care workers have gone years with what supporters say should be considered a cost-of-living adjustment. Lawmakers in both the state Senate and Assembly have embraced the pay raise for those workers, seen as a needed retention tool for a sector that has lost workers to other fields during the pandemic.

"We're in a much better situation fiscally and financially then we thought we were going to be," said Senate Health Committee Chairman Gustavo Rivera. "It is the moment to make sure these investments are made. Ultimately these are investments. These are expenditures that will give us stability over the long term."

In the state Assembly, Democratic lawmaker Angelo Santabarbara wants to suspend toll collection on the 512-mile Thruway system in the summer months. Santabarbara this week pitched the idea as one that could help the tourism industry in parts of New York that may have struggled over the last two years, and encourage people to travel along the way.

The Thruway Authority has rejected a toll suspension, saying the money is needed to maintain the system's roads and bridges. Santabarbara wants to tap into federal aid to offset the loss of toll revenue.