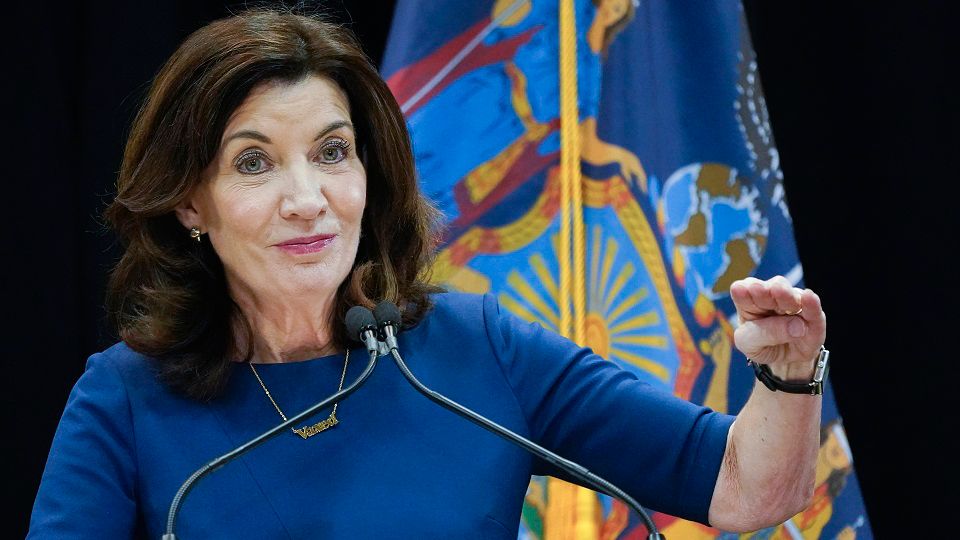 Gov. Kathy Hochul on Thursday picked up a notable endorsement in the race for New York governor from her hometown of Buffalo, while one of her Democratic primary opponents, U.S. Rep. Tom Suozzi, blasted her use of state aircraft to attend political functions.

But Rep. Tom Suozzi from the other end of the state was more than happy to stump on Brown's behalf. Brown won in November. On Thursday, he endorsed Hochul, who Brown said is doing "an exceptional job."

“We have seen an incredible decade of growth, development and progress in Buffalo, in no small part because of the support we have always received from Kathy Hochul," Brown said in a statement released by the Hochul campaign. "When she was elevated to governor during the pandemic, I was not surprised that she immediately addressed the challenges of the state with bold actions. Gov. Hochul knows our state better than anyone. She is extremely responsive to the needs of Buffalo and Western New York and I’m looking forward to our continued partnership in the years to come.”

Suozzi, meanwhile, called for an investigation of Hochul's use of state aircraft to get around the state and attend political events, including fundraisers. The use of state aircraft by governors has long been a controversial point in New York politics. Republican George Pataki raised the issue effectively against Democrat Mario Cuomo. Andrew Cuomo would later criticize Pataki for similar aircraft usage.

Suozzi in a virtual news conference with reporters pointed to Hochul's stated pledge in August of returning to a more ethical form of government.

"It's one thing to make a pronouncement, it's another thing to follow up on that. Actions speak louder than words," Suozzi said.

Hochul's campaign referred questions about the issue to the governor's office. A review by the governor's counsel found three trips so far that have been reimbursed to taxpayers, and her campaign paid the money on Thursday morning.

"Governor Hochul is committed to transparency, accountability, and the highest ethical standards," said Hochul spokeswoman Hazel Crompton-Hayes. "The governor's new deputy counsel who oversees ethics is completing a thorough review of all aircraft usage and necessary reimbursements identified thus far have been made, and we are creating additional controls and processes to better ensure consistent adherence to the strictest ethical guidelines."

Former Repubilican Westchester County Executive Rob Astorino appeared outside health care facilities in Oneonta and Amsterdam on Thursday to knock the state's mandate that health care workers be vaccinated, and called for the re-hiring of the thousands of people who have left their jobs because of it.

"A lot of people were affected. Mandates and policies that make no sense," he said outside St. Mary's Hospital in Amsterdam. "Their livelihoods were ruined and the economy is suffering as well."

Health care networks across the state have struggled with staffing shortages in recent weeks as the omicron variant has produced a record number of daily cases and a spike in hospitalizations has followed. Bed shortages due to low staffing levels in dozens of hospitals have led to the state requiring elective surgeries and procedures be temporarily halted.

Astorino expects the pandemic, and the issues that flow from it, to be on voters' minds when they cast ballots this year.

"It's the economy, it's taxes, it's crime, it's education," he said. "All of these things are self-inflicted by the Democratic Legislature and this Democratic governor."