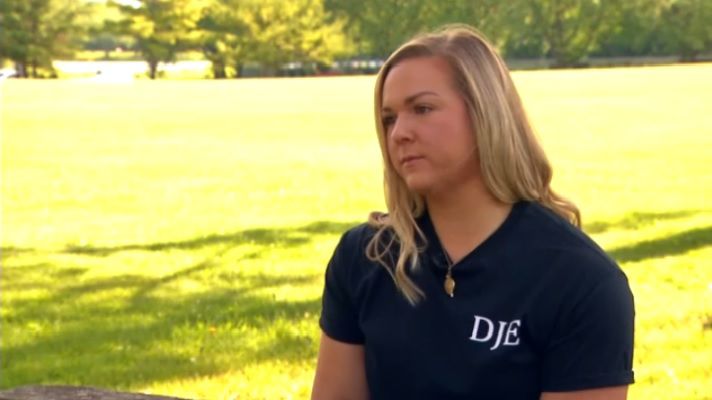 Losing a family member is one of the biggest challenges in life — especially if it was because of someone's negligence. But the Grieving Families Act hopes to lessen the pain by recovering monterary damages for that person's life.

When Jenelle Rodgers first met her fiance, Dylan, they immediately found they had something in common: A shared birthday on June 22.

"Before we even met, he said 'well, we're either going to go on a first date and never talk again or we're going to get married.' So, it was pretty instant from that point on," she said.

She built a life with Dylan. The couple bought a house in Scotia and were planning their wedding.

"Dylan, probably the easiest way to explain him, he was authentic and he was unapologetic about it, in a nice way," she said.

But two years ago, Dylan died in a motorcycle crash after another driver failed to yield.

"We had an established life, we had a home, our wedding was planned," she said. "And when he died, the lawyers told us how little there is out there for someone who is not married, that according to New York state law, I don't exist, essentially."

At issue is a pre-Civil War state law that denies people who are not married from being included in wrongful death cases. Rodgers has a support system from her family and Dylan's family. Still, she was shocked when she learned about the law.

State lawmakers have introduced a bill that would update New York's wrongful death law to include grandparents, siblings and domestic partners, as well as those close to the victim.

Forty-one states in the country have updated and expanded their wrongful death laws in recent years; New York has not.

Business groups have raised concerns with the effect the legislation would have, especially on health care providers.

"Who benefits?" said Tom Stebbins, the executive director of the Lawsuit Reform Alliance. "The personal injury trial lawyers who are publicly pushing this bill for their own profits."

It would also add emotional damages, not just economic ones, to the law.

"To think of having someone to go through the emotional loss and strain of a death on top of a financial burden and health concerns," she said. "It's shocking."