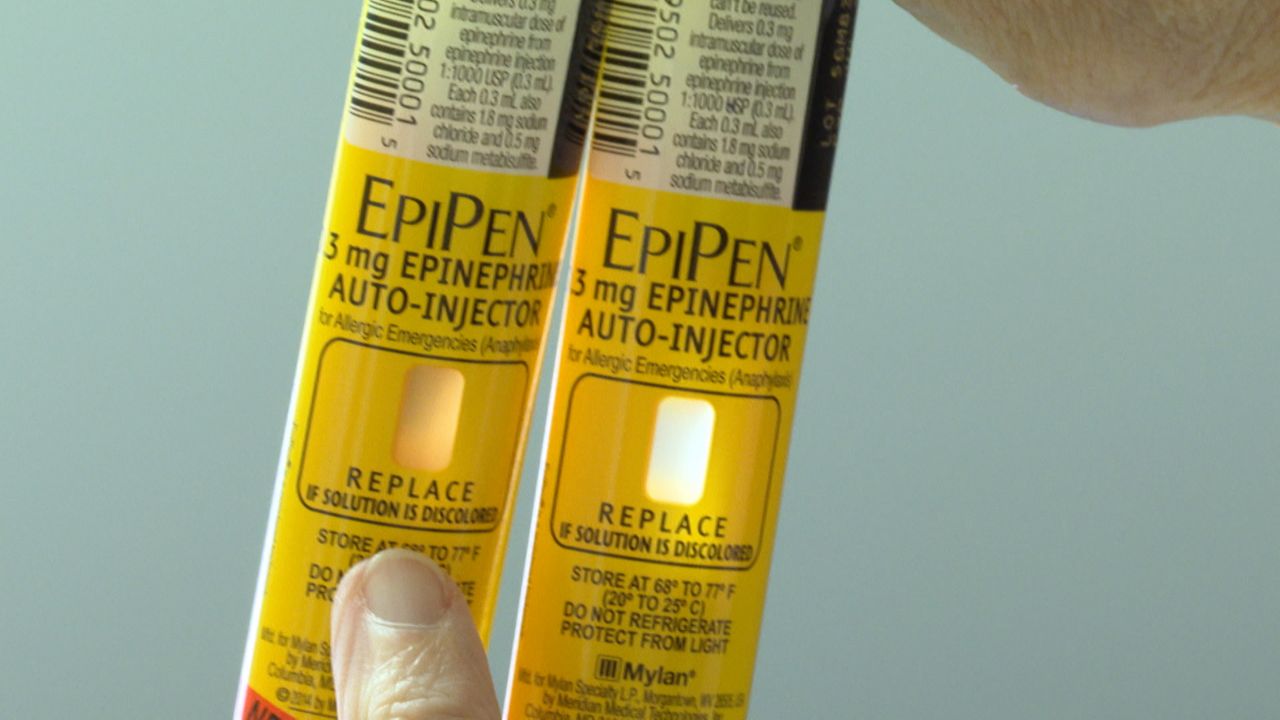 EpiPen expansion bill a rare sign of bipartisanship in Albany

Democratic Sen. Robert Jackson and Republican Sen. Jim Tedisco have little in common. Jackson represents the West Side of Manhattan; Tedisco's seat is in a conservative part of upstate New York near Albany.

But both men came together to support a measure that expands who can use an EpiPen in New York.

It's rare for a Republican-backed bill in polarized Albany to gain Democratic support. It's rarer still when that bill has a statewide impact. Republicans are out of power in the Legislature, making any successful legislation a challenge.

This week, the measure expanding EpiPen access to include forest rangers, park rangers and environmental conservation officers was given final approval by lawmakers. It now heads to Gov. Andrew Cuomo's desk for his consideration before it can become law.

Tedisco won Jackson's support for the bill when it was first raised in a committee meeting, and it immediately hit home for him. His daughter is a pediatrician; his grandson has allergies.

The two lawmakers hashed out the plan to pass the bill over subsequent phone calls. Jackson insisted Tedisco call him "RJ."

"He understood the importance of this," Tedisco said. "He emphasized an important lesson for public servants."

The bill may sound like relatively small potatoes in a state Capitol that has decided the contents of a $200 billion budget and oversees a complicated state of 20 million people. But advocates who have pushed for a steady expansion of who can use an EpiPen call the measure a lifesaver. It's an example, lawmakers and advocates say, of what works.

The push began with Monroe County advocate Jon Terry, whose sister died from a severe allergic reaction to a bee sting.

"She did not know she was allergic to bees, so she didn't have a prescription for epinephrine," said Terry, who has since founded the Allergy Advocacy Association. "She was completely unprepared and unaware."

Terry has sought to raise awareness since then of the dangers posed by anaphylactic shock caused by allergic reaction. Deaths are rare, but the problem can affect people of all ages.

"The number of people who are at risk for anaphylaxis has been increasing year after year," he said.

The bill could also be a boon to people who live and travel to rural areas of New York where emergency health care or a police officer can be up to an hour away — precious time for someone who is facing a severe allergic reaction.

"If COVID has taught us anything, it's that we need to look out for one another," said Assemblyman Angelo Santabarbara, the Democrat who sponsored the bill in his chamber. "We need to support one another, and when it comes to the tools to keep people safe, this is one of those tools."