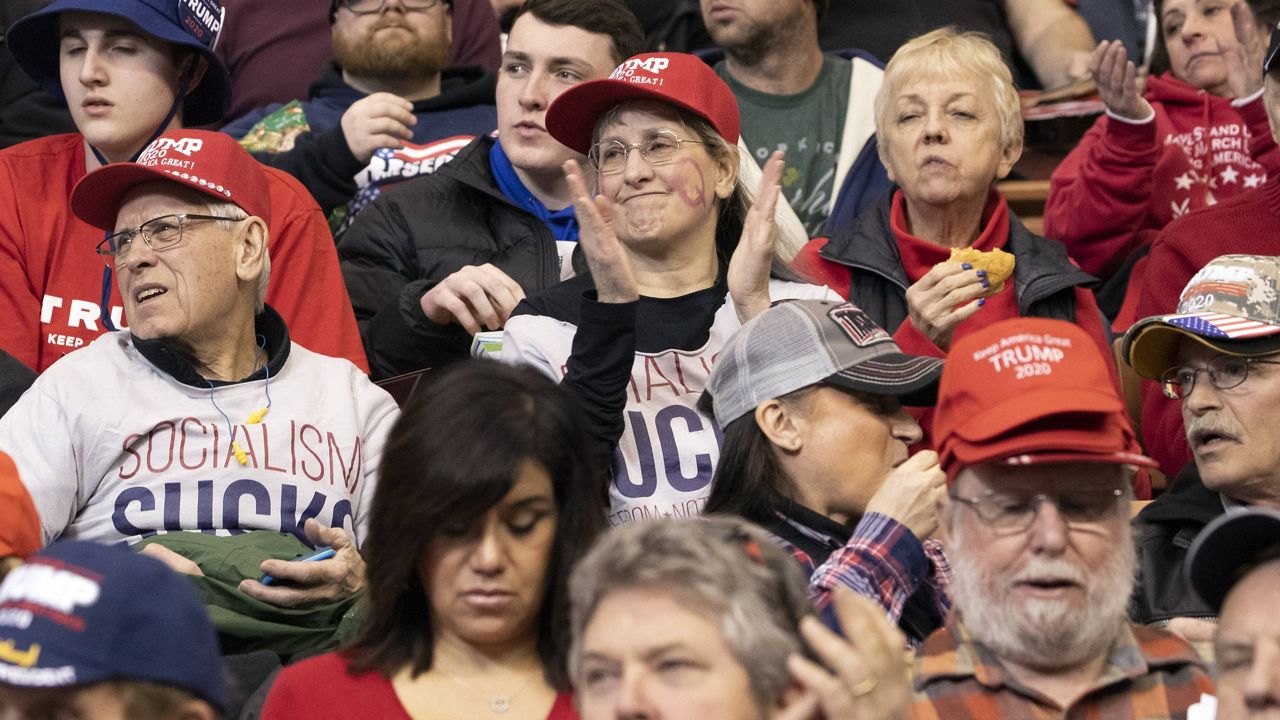 Why a Conservative Leader is Debunking QAnon

The QAnon conspiracy theory, roughly speaking, is both discredited and outlandish at the outset. The crib notes version is this: President Donald Trump is being opposed by a cabal of Satan-worshipping pedohpiles who are running an extensive child trafficking ring across the globe.

The theory, on the fringes of social media, has expanded its scope to include prominent Democrats, Hollywood celebrities and other prominent people of being in on the cabal. It is, to put it mildly, very false.

Conspiracy theories in American politics are, of course, nothing new. They've exisited on the left and the right over the decades, from the John F. Kennedy assassination to the Sept. 11, 2001, attacks. But the conspiracy has ricocheted across social media sites like Twitter and Facebook, gaining steam with followers, many of whom are also supporters of Trump.

The slow drip of QAnon into the mainstream, with Republican primaries being won by a handful of candidates who have made references to the theory, has alarmed some conservatives who want to stick to the facts. That includes Jason McGuire, the executive director of the socially conservative organization New Yorkers for Constitutional Freedoms and the chairman of the Livingston County Conservative Party.

McGuire recorded a podcast debunking QAnon. I spoke with him about it. Here's a transcript, lightly edited for clarity.

Spectrum News: Why did you feel it was important to put this podcast out there about the QAnon conspiracy?

McGuire: You're hearing about things like the QAnon phenomenon and especially around the political season, this was a concern of ours. I want this election, I want the work that we're involved in, to be about principles, to be about policies, not personalities. So as people go down that rabbit trail of QAnon and other kinds of conspiracies, it really distracts from the important work of the policies that we really want to focus on. So we thought it was time to draw a line in the sand and tell people wherever you are, we've got to focus, keep our eye on the prize and not get distracted by the other ideas that are out there.

Spectrum News: Have you gotten any sense there are people in the evangelical community who are suspectible to this? And I don't think it's because of they're religious since there are plenty of people who I see on Facebook, who don't attend church, who are posting things about QAnon. But was there a specific concern about the community you represent?

McGuire: It's not a large segment, but it does include some people. We just thought it was important to do that. I appreciate you acknowledging it's not because of the religious background. That's not what's driving this necessarily. But it is my community I can speak to. I think if everybody spoke to their community regarding these issues, we really could push back and keep things focused on the policies, not the personalities and not the distractions. So we're just doing our part by speaking to our segment of the community. Some of them may be caught up in some of this.

McGuire: Sometimes I think that can be a factor. I'm not really a critic of the media, per se; I just think conservatives need to get out there more and speak to media. But there are some concerns. We're looking at some of the protests that are happening around the state and the nation. I see reporters who are embedded with protesters, but not necessarily the police. We want to see both sides of those issues. This was an important factor for us to say, look, we live in a day and age where people can become their own media in a sense. Everybody has a blog, everybody can post something and that's now viewed as a credible source. Well, not all that's posted is credible. So let's keep the focus on the truth and regardless of where it leads, let's remember the truth matters.

Spectrum News: Are you worried about any blowback from this?

McGuire: We have. It's nothing we can't handle. There are people who have come across this, whether they saw this on Twitter or our website or Facebook, and they're pushing back on that. They don't appreciate being challenged on this point. Some people have viewed this as an anti-Trump posting. That is not it at all. There are an awful lot of things this president has done that I support regarding his policies, his positions on the issues. And that's what I want this to be focused on, not by the distraction of some kind of conspiracy theory.

Spectrum News: Speaking of the president, are you worried this could paint Trump supporters with a broad brush?

McGuire: There's a very small, very, very small number of candidates who are taking these positions. We recognize that. But every time it's one of those candidates, they seem to get the headline, and that's what we want to push back on, saying this isn't true. The reality is it's single digits of percentages of people who are supporting this. This isn't a broad thing, but it's enough that when you see something that isn't truthful, that we as the Christian community should push back on and say this isn't right and make a statement.

Spectrum News: A central tenet of Christianity and major religions is searching for truth. Was that a motivation in getting this out there?

McGuire: A person of honor is a person of integrity and they guard their words and actions against falsehoods. That's Ephesians 4:25. Jesus himself said he was the way, the truth, and the life. So when you worship truth, it's hard not to call out untruth when you see it. When you see something dishonest, when you see a lie, when you see a conspiracy, it's important we speak against that and speak up for that which is truth.