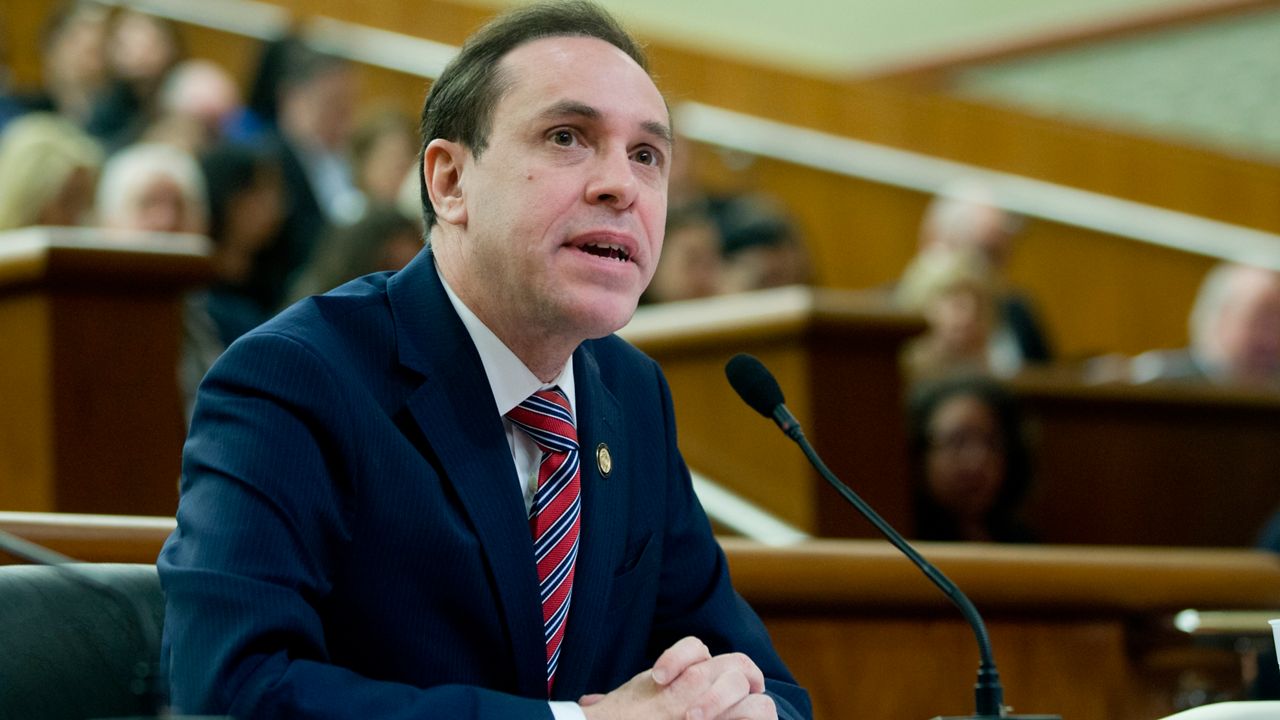 For over two hours, New York State Health Commissioner Dr. Howard Zucker was pressed by state lawmakers on data inconsistencies and state policies surrounding nursing homes in New York and their role during the COVID-19 pandemic.

The main question: Why does the state not have accurate data on exactly how many nursing home residents died from COVID-19?

This question has been asked by lawmakers, journalists, and family members repeatedly throughout this pandemic.

Currently, if a nursing home resident passes away from COVID-19 in a hospital, it is counted as a hospital death, not as a nursing home death. This has led to medical experts, lawmakers, and more to point out the inconsistencies with this data and explain the difficulties of moving forward with policies if the state still does not have an accurate death count.

"It perplexes me that an administration that prides itself on data driven policies" does not have this information, State Senator James Skoufis said.

"It perplexes me that an administration that prides itself on data driven policies," does not have this information Senator Skoufis says about the fact that the state does not have total number of ppl who passed away in nursing homes regardless if they died at the hospital

Assemblyman Richard Gottfried, chair of the Health Committee, also pressed Dr. Zucker, asking if the state knows the number of residents who were transferred to hospitals and recovered, how could the state not know how many of these residents died?

Dr. Zucker repeatedly dodged the question, saying the state does not have accurate data of nursing home resident deaths, whether in a home or in a hospital, because they are going through and making sure deaths are not counted twice.

But this non-answer did not stop lawmakers from continuing to press the health commissioner.

Senator Tom O’Mara pointed out how Dr. Zucker has known for a long time that he would be testifying at this hearing and questioned why he did not bring the correct data with him that he knew lawmakers would be asking about.

Senator Tom O'Mara questions how long Dr. Zucker has known he would be testifying at this hearing. @SenatorOMara then questions why the Health Commissioner did not come with the right data that he knew would be asked.

Assemblyman Harry Bronson also questioned the health commissioner on inspections into nursing home violations. According to Dr. Zucker, the state conducted 1,300 surprise visits, some in the middle of the night. But he was unable to give the number of violations or if any type of fines had been issued.

In his main testimony, Dr. Zucker continued to buckle down on asymptomatic staff being the cause for spreading COVID-19 in nursing homes. Repeating much of his own department’s report, Dr. Zucker said by mid-May, it was reported that 37,000 nursing home staff had been affected by COVID-19. This means approximately one in three nursing home workers had COVID-19 at one time during the worst of the pandemic.

"The peak in deaths occurred before the peak in admissions,” Dr. Zucker explained, saying this contradicted the belief that the March 25 guidance, which allowed COVID positive residents to be admitted into nursing homes, was responsible for spreading the virus.

"The peak in deaths occurred before the peak in admissions."

He also continued to say that if nursing homes were unable to properly care for COVID-positive residents, then they were not to accept them back into their care.

But this was not clear in that March 25 guidance, Assemblyman Kevin Byrne pointed out, saying that nursing homes felt they did not have an option at all.

Senator Patrick Gallivan also pressed Dr. Zucker, saying that there were in fact facilities that did ask for help and for their residents to be transferred.

Dr. Zucker continued to disagree saying that no one reached out. “We were available.”

Other questions surrounding resuming visitation at nursing homes, testing result wait times and lack of proper PPE were also brought up during this hearing.

This was the first of two joint legislative hearings on the impact COVID-19 had on nursing homes here in the state.