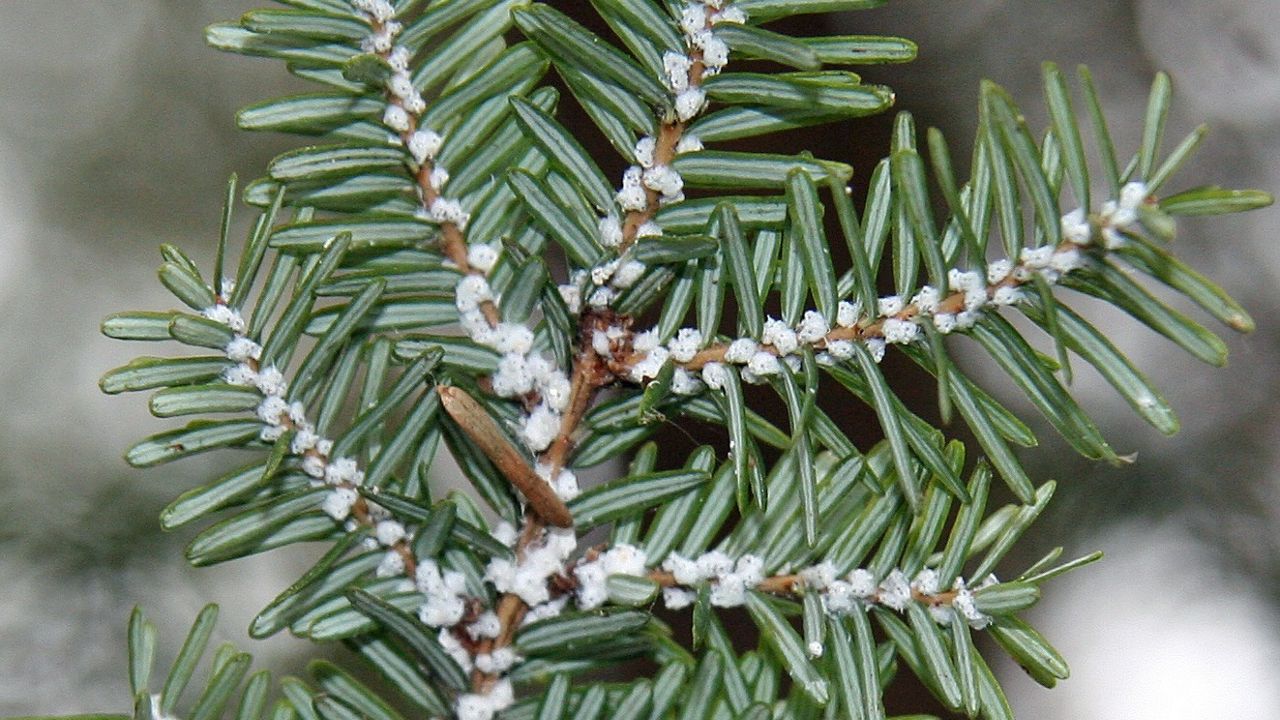 2,000 beetles unleashed to save hemlock trees threatened by small insect

A tree native to New York state is under attack.

You may have a hemlock in your yard, or it might be your favorite kind of Christmas tree. Either way, you’ll see hemlocks across the state. But they’re being attacked by a tiny insect that can kill the trees.

Hemlock woolly adelgid, or better known as HWA, is an insect that was brought on nursery stock from Japan into the Richmond, Virginia area around the turn of the century.

“And since that time it's spread. We really started noticing it in the seventies in the Blue Ridge Mountains in Virginia. But now it's spread all the way to Nova Scotia, across to Michigan and down to Georgia, encompassing a large range of Hemlock Trees,” said Mark Whitmore, principal investigator - forest entomologist at the Department of Natural Resources, Cornell University.

When the HWA feeds on the twigs of the trees, it kills the buds and the hemlock tree will not produce anymore needles. Eventually, the tree will die.

“So what we’re trying to do is save the trees. And by doing that, what we’re doing is releasing predators that eat these insects that feed on the trees," Whitmore said.

“Me and my field partner, Brittney Rogers, found the first find of a hemlock woolly adelgid in Oswego County in the southwest portion,” said Robert Smith, terrestrial restoration and resiliency coordinator.

Smith and Rogers first discovered the HWA back in 2020, and they’ve watched it spread over the two years since then. The hope for placing the beetles on the hemlock trees is that they will not only eat the HWA, but populate to help save other hemlock trees, especially because other species depend on the trees.

“In wintertime, it’s really important because snow does not accumulate to much depths, so it shelters deer in the winter time. Also, it provides shade that is essential to maintaining water temperatures and streams, which is necessary for the native brook trout,” Whitmore said.

The trees alone cover about 36,000 acres in New York state parks, and about 17,000 acres of Mexico State Park.

“The fact that we have these resources of using a biocontrol to come and control the hemlock woolly adelgid to help save the forest so that our park patrons and users can continue to enjoy them for future generations is really important for us and it feels good to be a part of it and to be able to make this happen,” said Mike Serviss, regional conservation project coordinator for the Central Region of state parks.