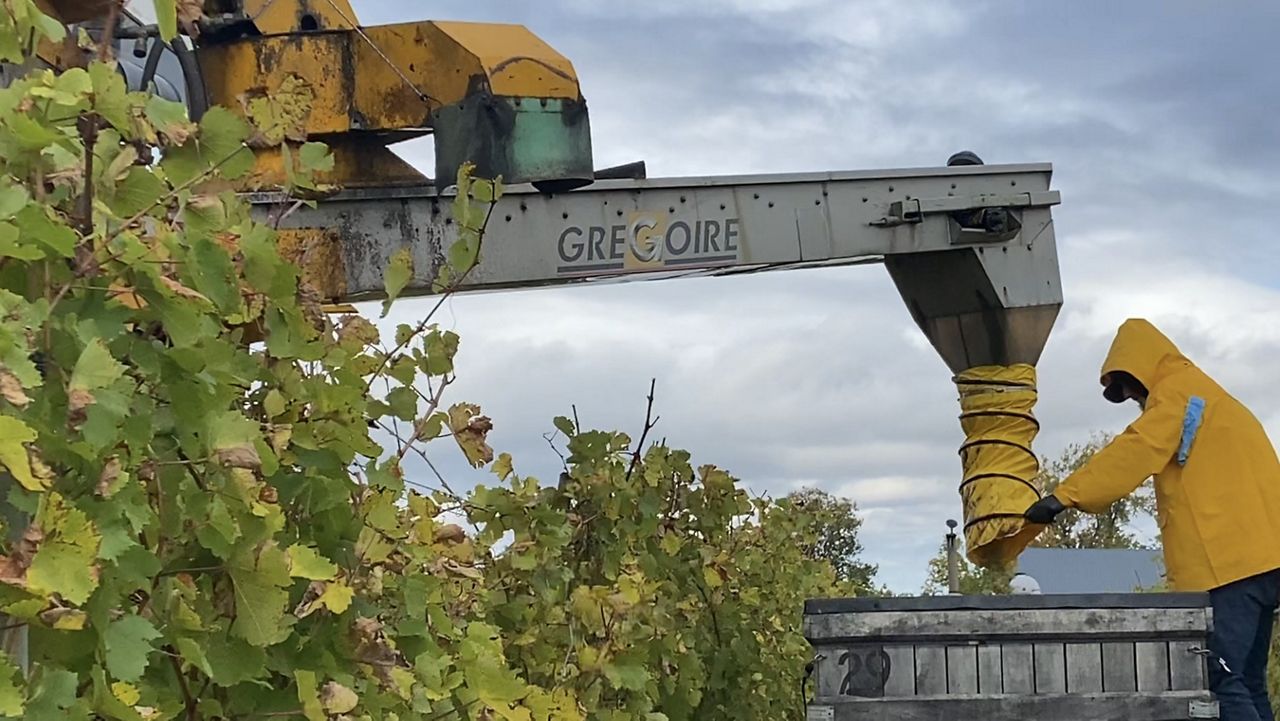 ROCHESTER, N.Y. — It’s harvest season for wineries across the Finger Lakes, working hard to move past the COVID-19 pandemic.

It’s as busy as it is exciting at Three Brothers Wineries and Estates.

“We’re bringing in fruit four to five days a week,” assistant winemaker Eli Bombard said. “It definitely has some long days, late nights and early mornings, but it is exciting because it’s the only time of year we can do this.

“We get one shot at it, and that’s pretty much it."

“It’s a lot dirtier than you might think,” Bombard said. “I am constantly covered in grapes, and I’m always sticky.”

The industry continues to bounce back from the pandemic.

Paolicelli says they weathered a lot of changes.

“That was just a lot of unknowns, a lot of regulations,” Paolicelli said. “A lot of seeing what we can do - 50% capacity, seated tastings, all of that.”

Some of those regulations they decided to keep, like not allowing buses or limos anymore.

“It’s just a different atmosphere here now,” Paolicelli said. “People come in with their cars, they come in smaller groups, and they’re just here to sit down and have a tasting. Hang out.”

But Erica is excited that many things are returning to normal.

“There’s another event we did not do for the last two years that we’re bringing back called Frost Fest. It’s ice sculptures and that’s a really fun event,” Paolicelli said. “We have a holiday market happening in December.”

The biggest challenge across the Seneca Lake Wine Trail is still in regards to jobs.

“The Finger Lakes is hiring,” Paolicelli said. “We definitely ... every winery out there has jobs open.”

Bombard couldn’t be happier with his.

“It’s really satisfying when we get completed bottles come off the bottle line,” Bombard said.

Bombard hopes that shines through when their wine hits the shelves.