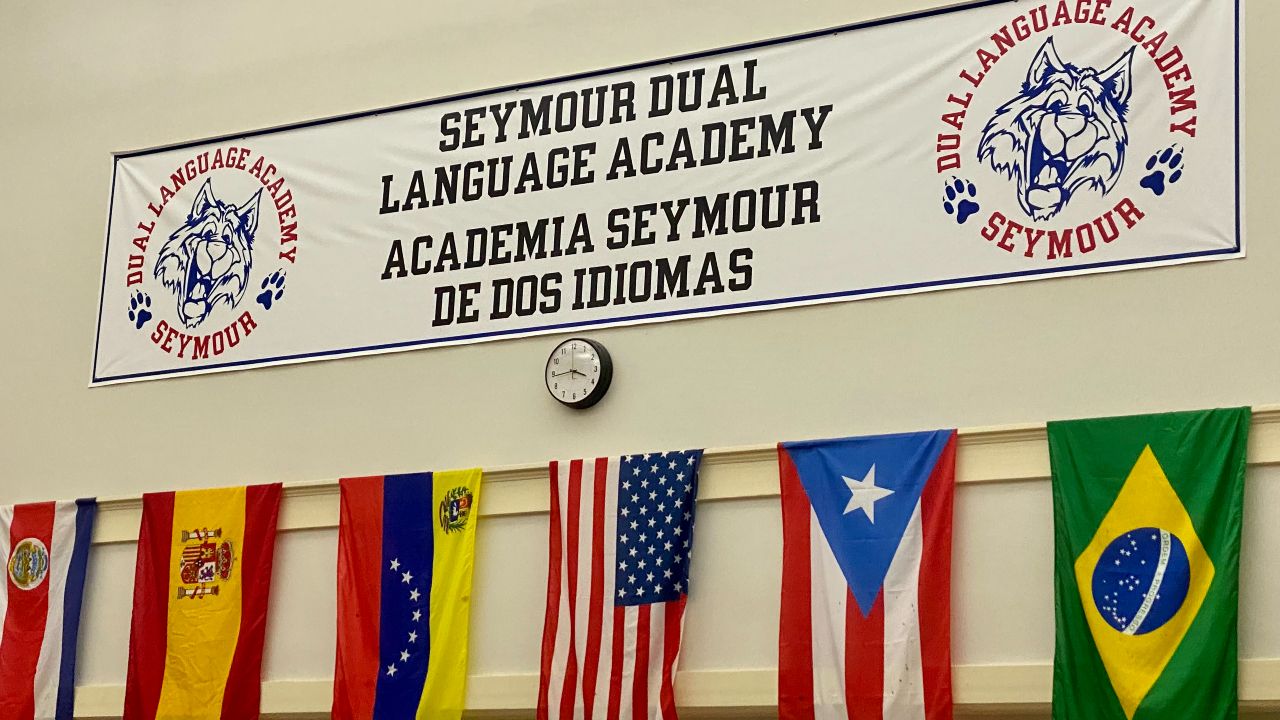 Celebrating the Spanish language and Hispanic heritage is something James Nieves does year-round. He’s the Principal of Seymour Dual Language Academy in Syracuse.

Nieves says the majority of his students enter the program speaking one language, but will leave speaking two.

“At the end of fifth grade, they should be able to engage in a conversation in either Spanish or English,” said Nieves.

To meet that goal, every classroom is staffed with two bilingual teachers.

For the first several years, teaching is done in the student’s language of dominance, while the second language is slowly introduced.

“Second semester of second grade, all the way to fifth grade then we turn into a simultaneous model,” said Nieves.

Half the day, class is in English, the other half in Spanish.

“I was, like, so confused,” said Figueroa. “It felt really hard because I didn’t know any word, all I knew was ‘hi,’ and that’s it.”

But she stuck with it and now as a fourth grader Leigh says it’s easy.

Myrna Garcia is the director of the Latino-Latin American Studies program at Syracuse University. She says being bilingual is a beautiful thing.

“It allows us to explore the world more deeply,” she said. “The language is what allows you to be in contact with your culture.”

Garcia says many Hispanics are now several generations removed from their native countries and the Spanish language is being lost, something dual language programs could help prevent.

“I’ve had both personal friends and students who have expressed their concern, ‘I’m losing the language of my family,’ when I hear that, I feel that they think they’re losing a bit of their identity,” said Garcia.

Back in the classroom, Figueroa says among the many benefits of being bilingual, she’s most excited about using it to help others.

“I want to be a teacher,” said Figueroa. “I can teach them and I can help them.”