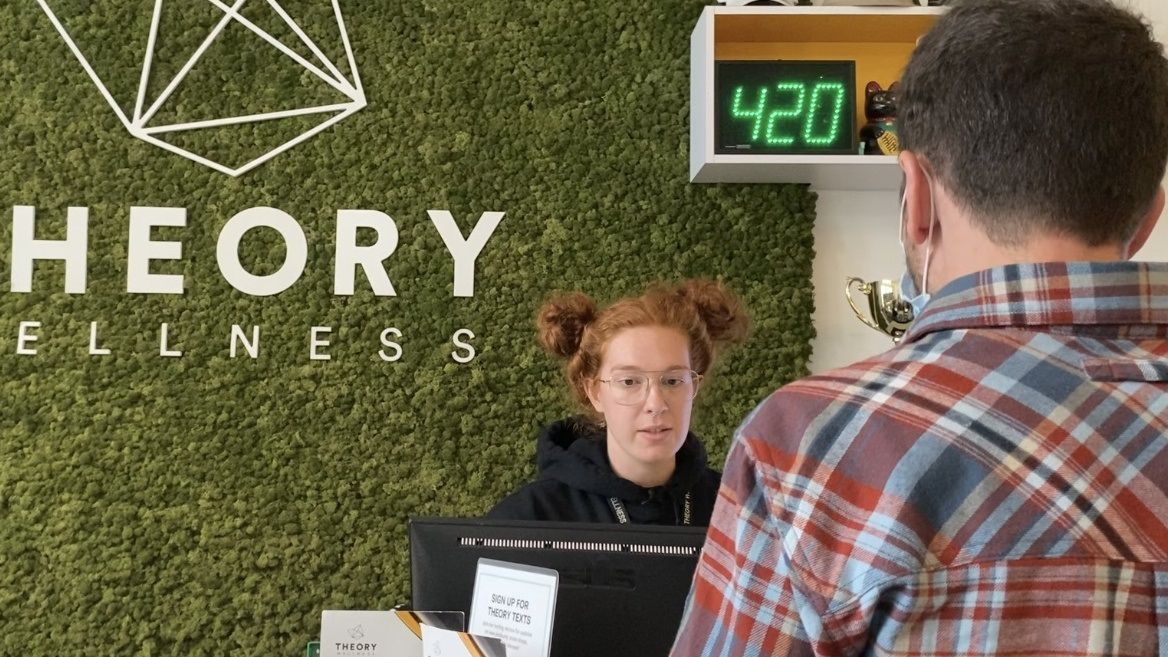 For many New Yorkers, crossing the border to Massachusetts to legally purchase marijuana will soon be in the rear-view mirror.

New York state is working on licensing retailers, and some are on track to open by the end of 2022. But until then, for adult-use customers like Mike McCallion, Massachusetts it is.

He traveled to Theory Wellness in Great Barrington from the Woodstock, New York area. It’s a two-hour drive.

“I wish that they had something more local," said McCallion. "It’s a little ridiculous that people have to drive all the way from New York. It’s not like we can’t get it. By not putting it in New York, they’re not denying us the right to get it. We’re just going to drive further and throw our money into someone else’s economy.”

When Theory Wellness expanded into recreational sales in early 2019, they were one of just six spots on the east coast offering adult-use. Some days, up to 50% of its customers are from New York, according to Chief Marketing Officer Thomas Winstanley.

“When we see new states coming on board, whether it’s New Jersey, New York, Connecticut, Vermont, we see those as net positives," said Winstanley. "Will there have some business impact to us operationally? No doubt.”

While the store could see a decline in sales, Winstanley says ultimately, their goal is to see cannabis legalization grow.

“To see another state, arguably one of the biggest states in the country, come online for it shows that the journey for prohibition repeal is finally starting to take foot in a big way on the east coast," said Winstanley.

In a short three years, Theory Wellness has seen a lot of growth which has allowed it to expand what it offers and create new products.

“We like to stay on point with trends in product categories, but also give people a chance to try cannabis in ways they never thought they would," said Winstanley.

And as New York begins to take a go at it, Winstanley said in his experience, it’s a halo effect. The money brought in to their store has benefitted locals looking for work and increased sales at nearby businesses.

”Ultimately, I think everybody is working to create that future. We all agree on what we want that future to be," said Winstanley. "The path to get there can be challenging, but as long as you stay collaborative and communicate openly, there is a way to do it and be successful, and hopefully we will see it in New York.”