SARATOGA SPRINGS, N.Y. — U.S. agriculture leaders advocated this week for the 2023 Farm Bill, set for renewal next year, to provide more funding for farms to implement more sustainable practices as a way to combat climate change rather than force changes through mandates.

“In this next Farm Bill, we have an opportunity to think about how we address climate change as we go forward,” said New York Commissioner of Agriculture Richard Ball. 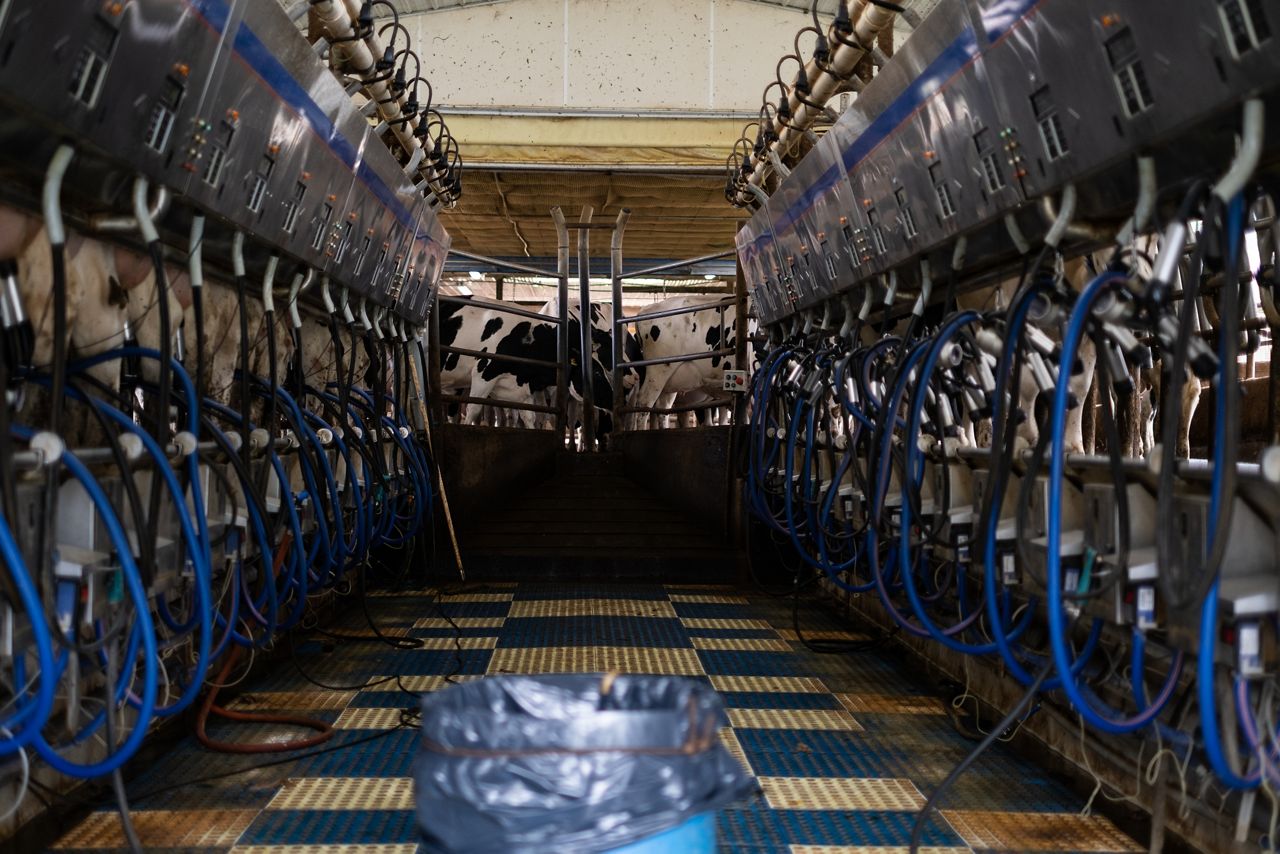 While the 2018 version of the Farm Bill included some climate change initiatives, more are predicted to be included when lawmakers debate the bill next year.

Reducing greenhouse gas emissions is a major lift for individual states, Ball said at the annual meeting of state agriculture commissioners and leaders but added farmers can play a role as long as they have the resources to help.

“It's going to be important that in the States, as we look at this Farm Bill, we think about how to align our needs with the technology that's going to be needed, the technical assistance and the funding with what comes out of the Farm Bill,” Ball said this week in an interview at the National Association of State Departments of Agriculture meeting in Saratoga Springs, N.Y. 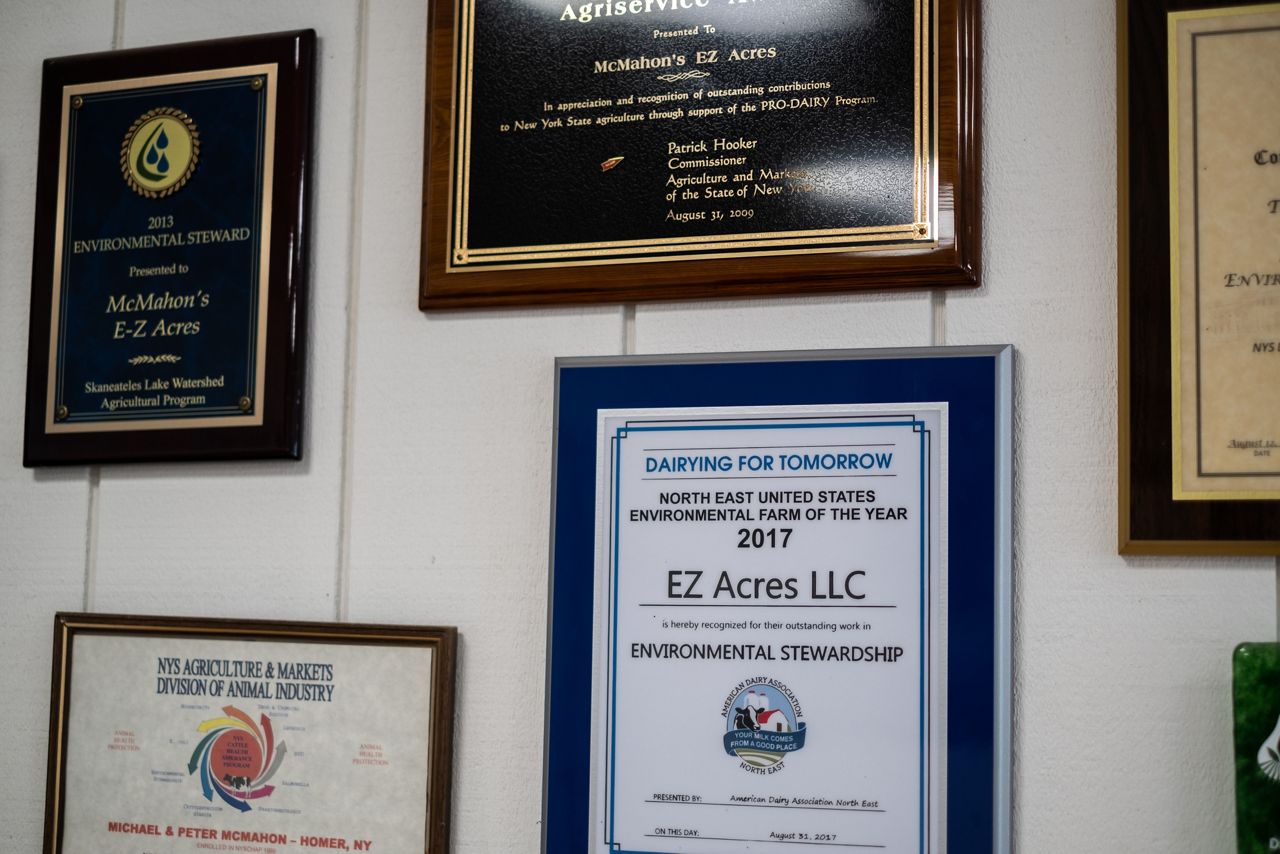 Many sustainability awards hang on the walls at EZ Acres. In 2018, the dairy was named U.S. environmental dairy of the year. (Emily Kenny/Spectrum News 1)

But combatting climate change might look different in different parts of the country. New Mexico Secretary of Agriculture Jeff Witte says the Farm Bill should respect the diversity among our states’ agriculture.

“What we need out of the Farm Bill is flexibility,” Witte said. “You need to consider the state's needs and the individual producers' needs. These programs are going to be voluntary, and incentive- based, and they're going to be important for the future of agriculture. Not only in New Mexico, but across the country.”

For example, in Hawaii, a concern is erosion of the soil impacting water quality for offshore wildlife. Whereas in New Mexico, farmers are experiencing the impact of drought. 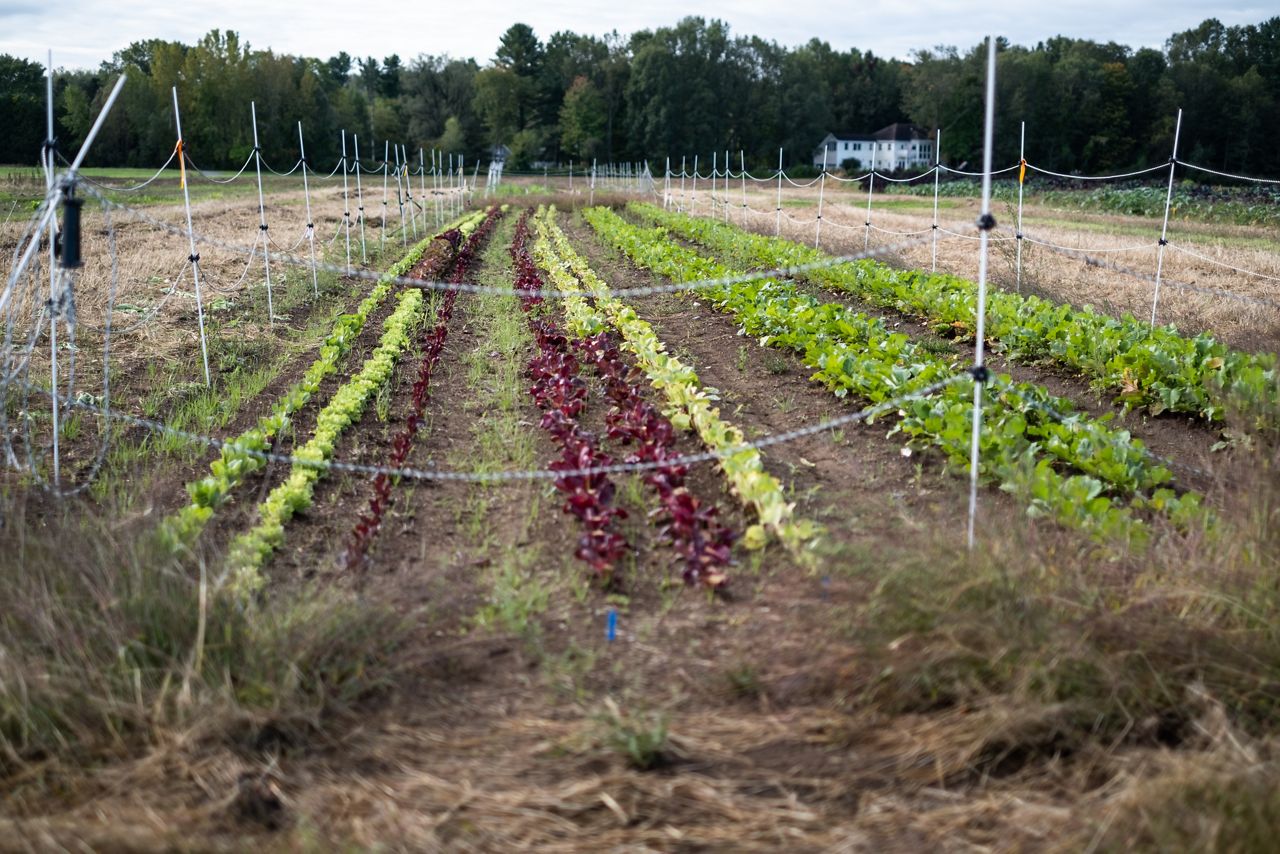 “It's going to make it more difficult for aquaculture offshore due to all of the erosion and everything that's going to affect the water quality,” said the Hawaii Chairperson of Agriculture Phyllis Shimabukuro-Geiser. “We're trying to do some regenerative projects where we're using clams and mussels to clean up water quality.”

Lynn Trizna, executive director of Pitney-Meadows Community Farm in Saratoga Springs, says that for their non-profit farm, it can be difficult to understand what they want out of the Farm Bill — and for smaller operations to take full advantage of the funding available.

“I've looked through the Farm Bill, but it's a lot,” said Trizna. “Sometimes, it's really hard for small farmers to understand what funding they can access and what affects them. That’s my thing is the bandwidth to sit down and figure it all out.” 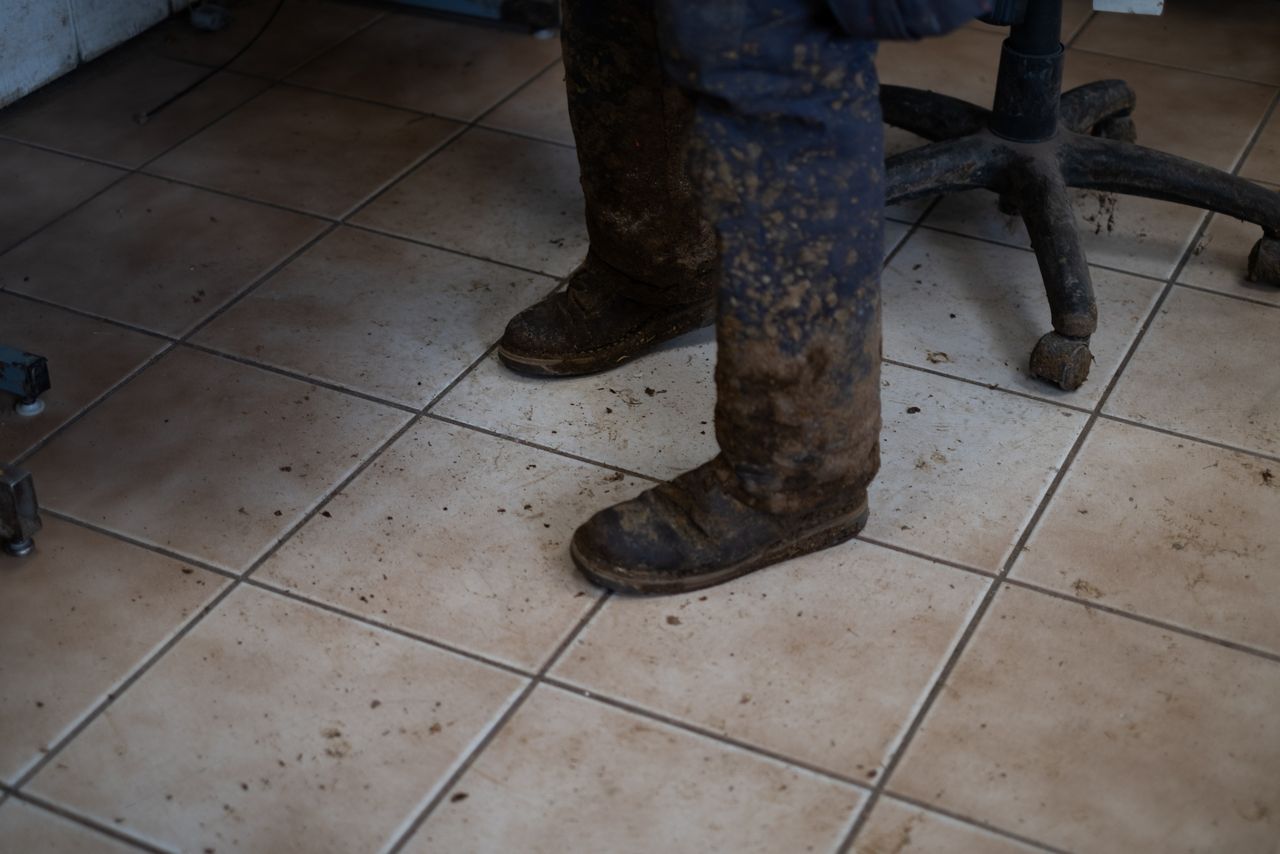 The assistant herd manager at EZ Acres puts on her boots to go out to the barn. (Emily Kenny/Spectrum News 1)

Pitney-Meadows has implemented a variety of sustainability practices such as maintaining soil health, composting and putting in windbreaks.

Wes Ward, secretary of agriculture for Arkansas, said he believes the solution to helping smaller farms is through education and research.

“I think there are a lot of farmers throughout the country, Arkansas included, where they don't know what programs are out there, and it goes back to some of the discussions about research and development,” said Ward. “Just making sure that the practices that we're encouraging to be implemented are the best practices out there. If they don't know and no one's telling them, if they're not part of the conversation, they miss out on opportunities.” 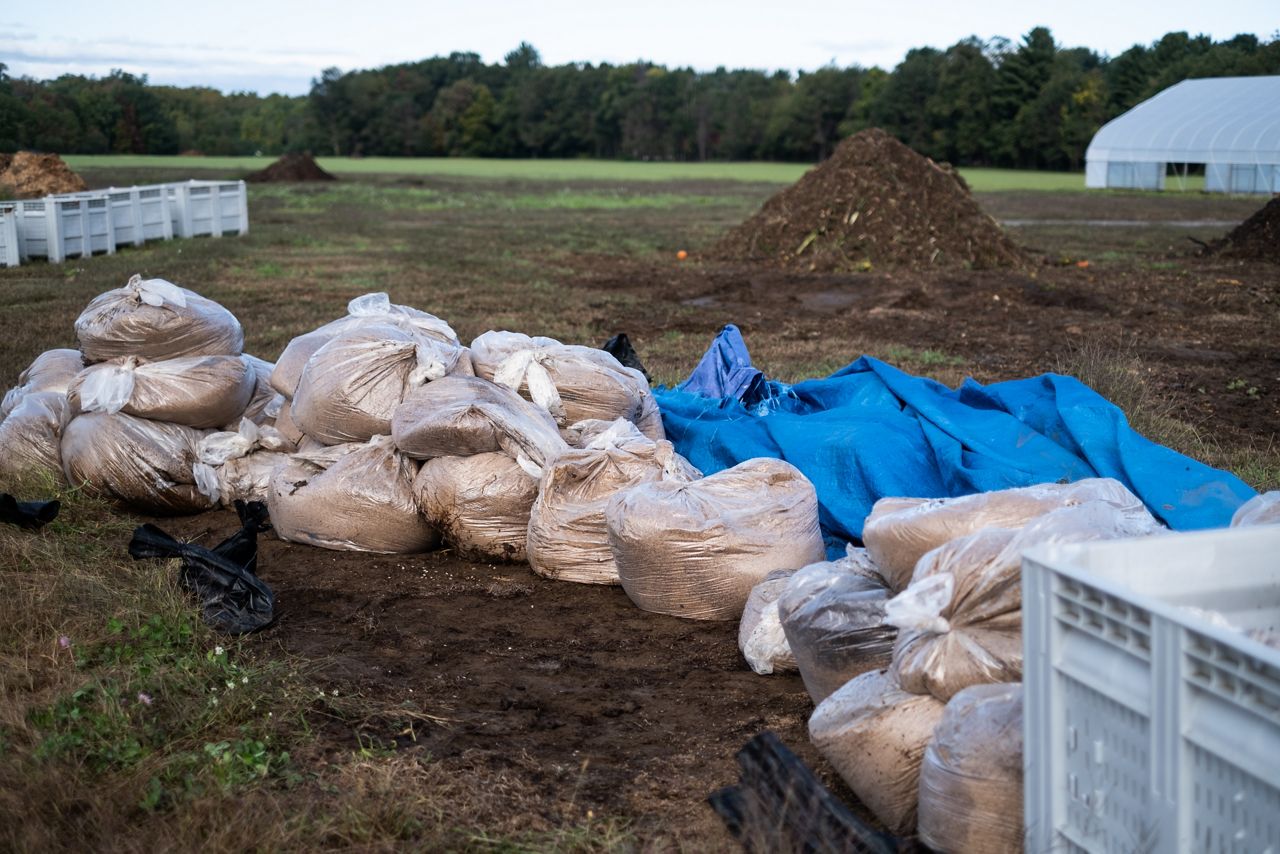 Byproduct from Death Wish Coffee roasting their coffee beans will be used at Pitney-Meadows on the fields. It is a good way to help the soil retain moisture. (Emily Kenny/Spectrum News 1)

Dairy farmer and owner of EZ Acres in Homer, N.Y., Mike McMahon, whose farm sits on two water sheds, an aquifer and between two trout streams, said for his farm it is vital to implement these conservation practices to maintain clean drinking water for the region.

The aquifer under EZ Acres provides water to neighboring cities, and the watersheds the farm lies on impacts tens of thousands of people. So when McMahon needed to put forth a plan to prevent manure from entering the drinking supply, the solution for storage set him back $720,000— what he called the “Taj Mahal of manure storage.” 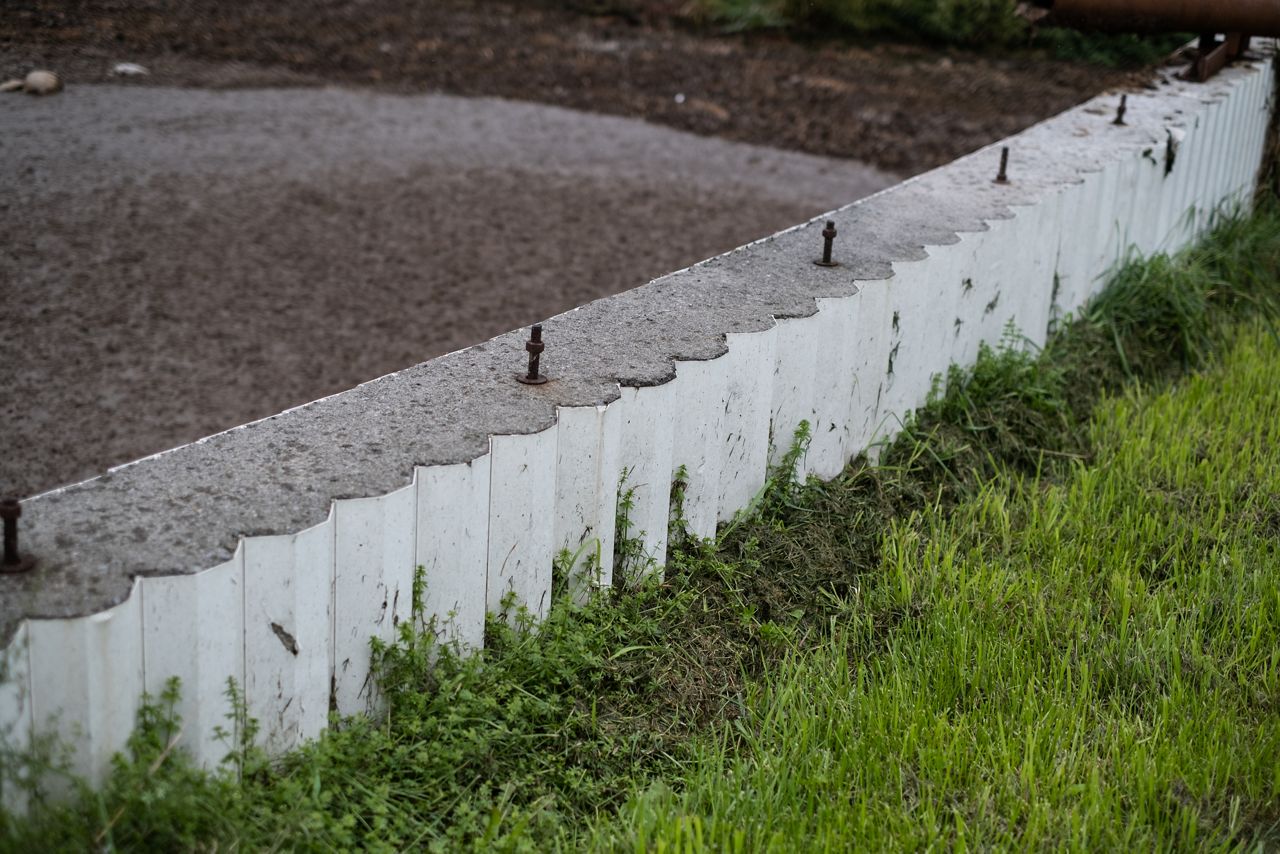 The wall of the manure storage at EZ Acres. It is a structure built with PVC pipe walls that are filled with cement. It is lined with a heavy plastic liner making it an entirely sealed unit. (Emily Kenny/Spectrum News 1)

“We do it to be good neighbors, and good stewards of the environment,” McMahon said.

Similarly, to the measures Pitney-Meadows has installed, implementing these practices is expensive. McMahon says they have received funding from the Soil and Water Conservation District, National Resources Conservation Service, and a variety of grants in addition to contributing their own funding.

It’s projects like this that state agriculture leaders hope are supported in the 2023 Farm Bill, along with grants available through the Inflation Reduction Act that passed in August.

Through its own initiatives, New York’s commissioner said he feels good about what the state is doing to help curb climate change.

“I look at our dairy industry and see what a great resource we have in our dairy industry,” said Ball. “We have the ability to sequester carbon on our farms. We have the ability to look at producing energy on our farms. We have methane digesters on many of our farms, we have renewable natural gas opportunities on many of our farms. We've invested over the years because of environmental reasons and storages on our farm so that we can be appropriate and spread the nutrients at the right time. Those same efforts help us to be able to put ourselves in a position to capture methane and create electricity or renewable fuel. So, I like where New York is right now.” 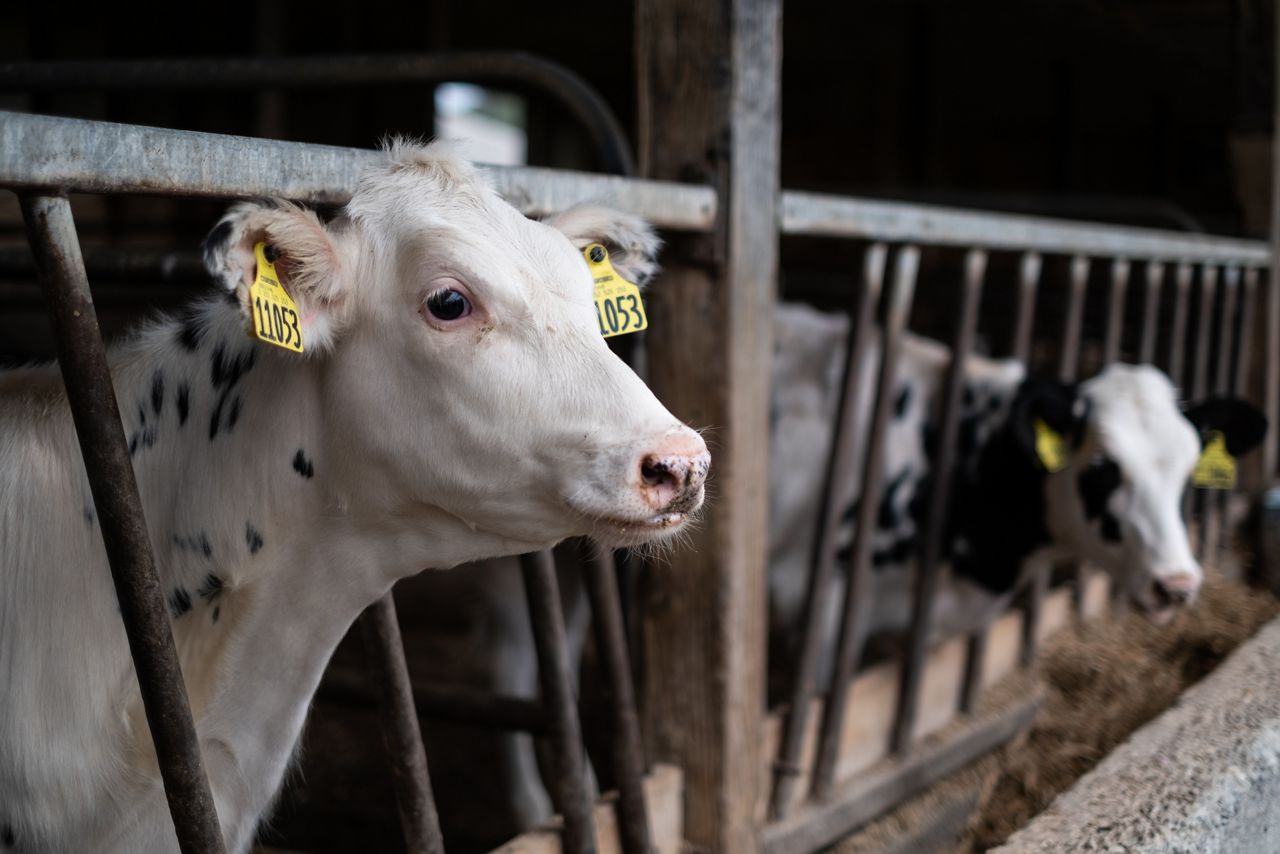