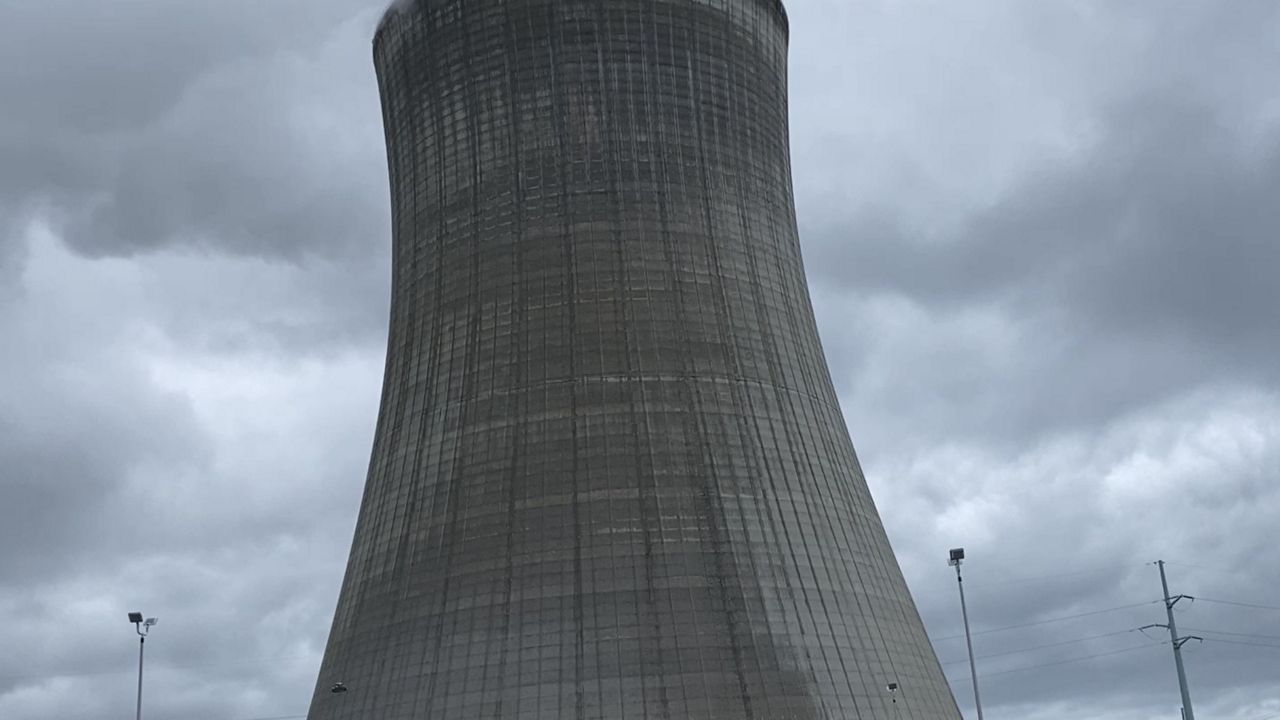 Officials on Wednesday cited progress on what is being called the nation’s first nuclear-powered clean hydrogen production facility.

Last year, the U.S. Department of Energy approved construction and installation of an electrolyzed system that will separate hydrogen and oxygen molecules in water that will take place at Nine Mile Point, a nuclear power plant in Oswego County.

“And then we will take that hydrogen and we will make alcohols like ethanol or methanol in some applications. In other applications, we’ll blend it into the natural gas pipeline system to begin to reduce the emissions from natural gas while taking advantage of this great pipeline infrastructure we already have,” said Joe Dominguez, president and CEO of Constellation Energy Corp.

Dominguez said they want to start replacing some of the aviation fuel used in the U.S. with an environmentally friendly fuel that burns the same way.

“Those applications — long trucking, trains, ships — those things are going to be hard to do with battery technology," Dominguez said. "The battery is way too much, the technology is immense. We need to have drop in fuels that work with all the engines we have right now. By using clean hydrogen, we can make liquid fuels that could work in every engine in America. That’s what we’re aiming to do.”

“We’ve been working with Constellation for years, both in support of Nine Mile and the other nuclear fleets projects, but also really utilizing this resource for more innovative and forward-looking applications like today’s announcement. So we really see this as New York’s Future and broadly our nation’s future,” NYSERDA President and CEO Doreen Harris said.

Dominguez said they will be producing hydrogen by next year.