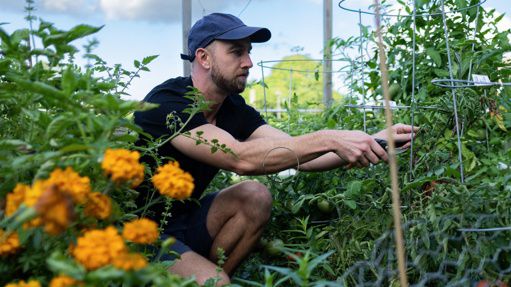 A plot of land on Syracuse University’s south campus has been attracting national attention as part of a larger movement to continue to give back to Indigenous people through agriculture.

"It's not just plants. It's food, it's culture, it's science, it's nutrition; it's so many different things,” said Syracuse University and Falk College graduate student Ethan Tyo.

It’s Pete’s Giving Garden, and it's part of the university property that is expanding. 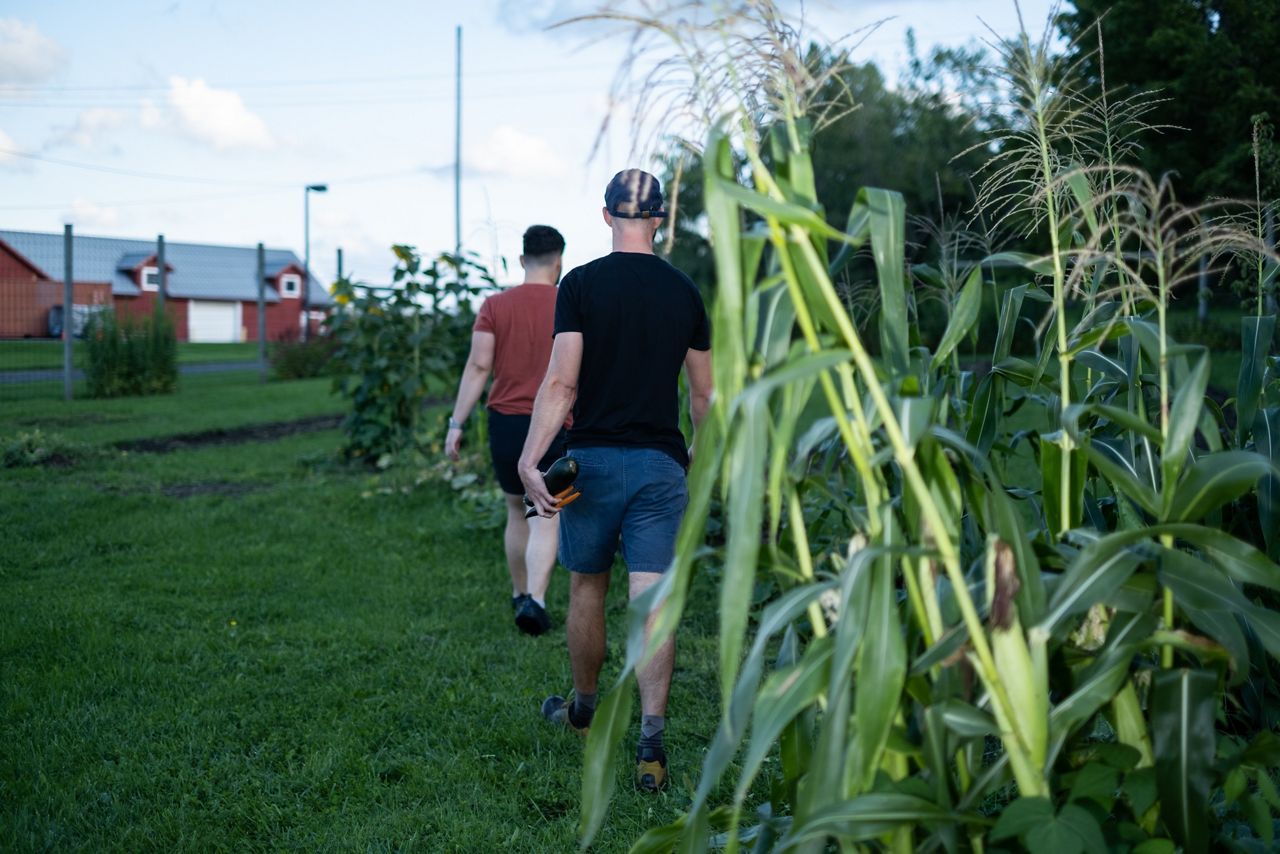 “I'm super excited to be a part of what's essentially still the very beginnings of this,” said the garden’s student manager, Gabriel Smith.

“It takes into account this, the social aspect of it, the social justice aspect of it and the equity aspects of it, being able to show that and also have it be student run, student led, student grown,” Smith added. “Then students are the ones that benefit from it, [which] is just a really fantastic kind of circular model there.” 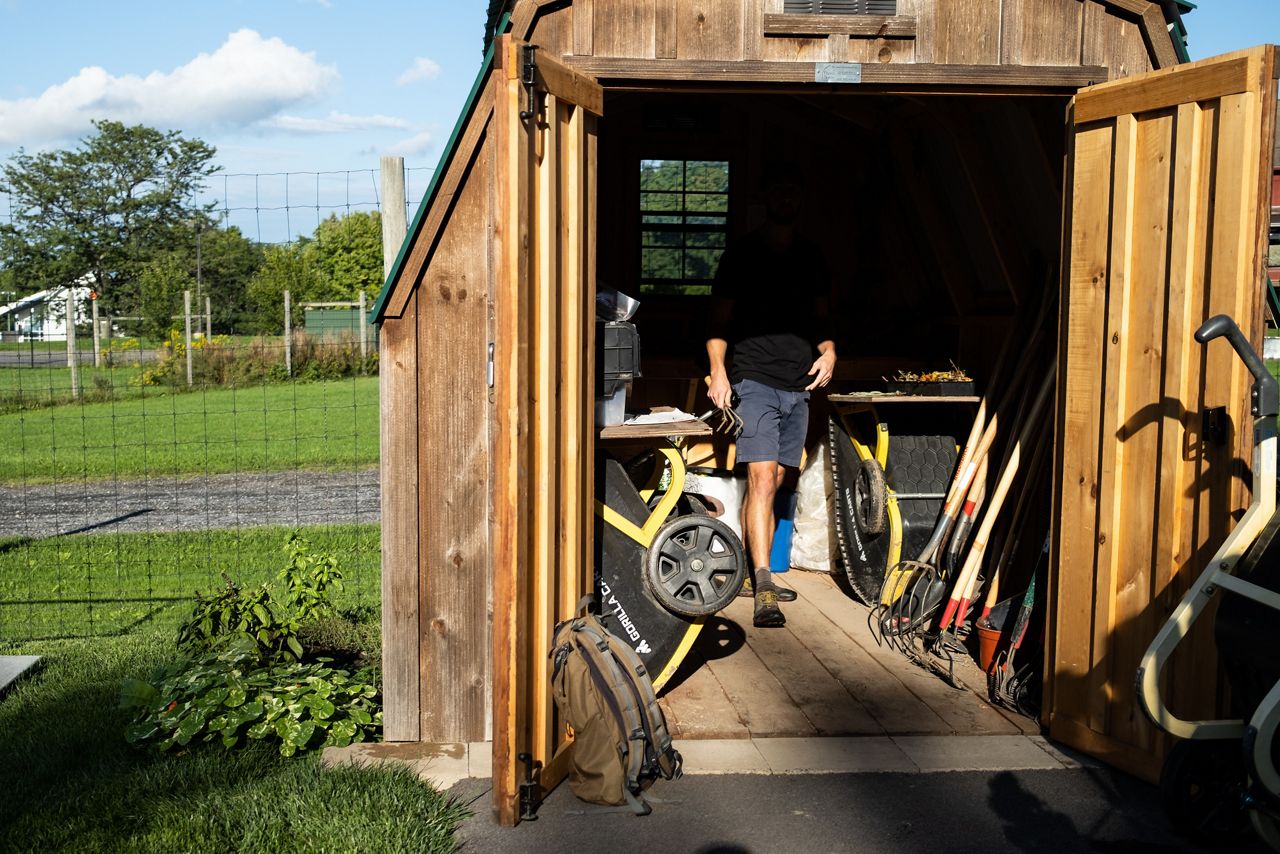 One project with deep social ties to the region is the Three Sisters Garden, being organized by Tyo.

“I am originally from Akwesasne, the Mohawk reservation at the top in New York State,” he said. “I've lived there most of my life and kind of that's where I got my foot in really understanding just exist in on reservation territories and the issues with that and so figuring out both my culture but also personal growth was one of those big things that kind of led to this project.”

A grad student’s practicum and dive into indigenous agriculture, history, and culture.

“They’re traditionally grown in mounds with the corn being the centerpiece, it's always the ‘first sister’ it's the oldest sister's the one that's supposed to nurture and take care," said Tyo. 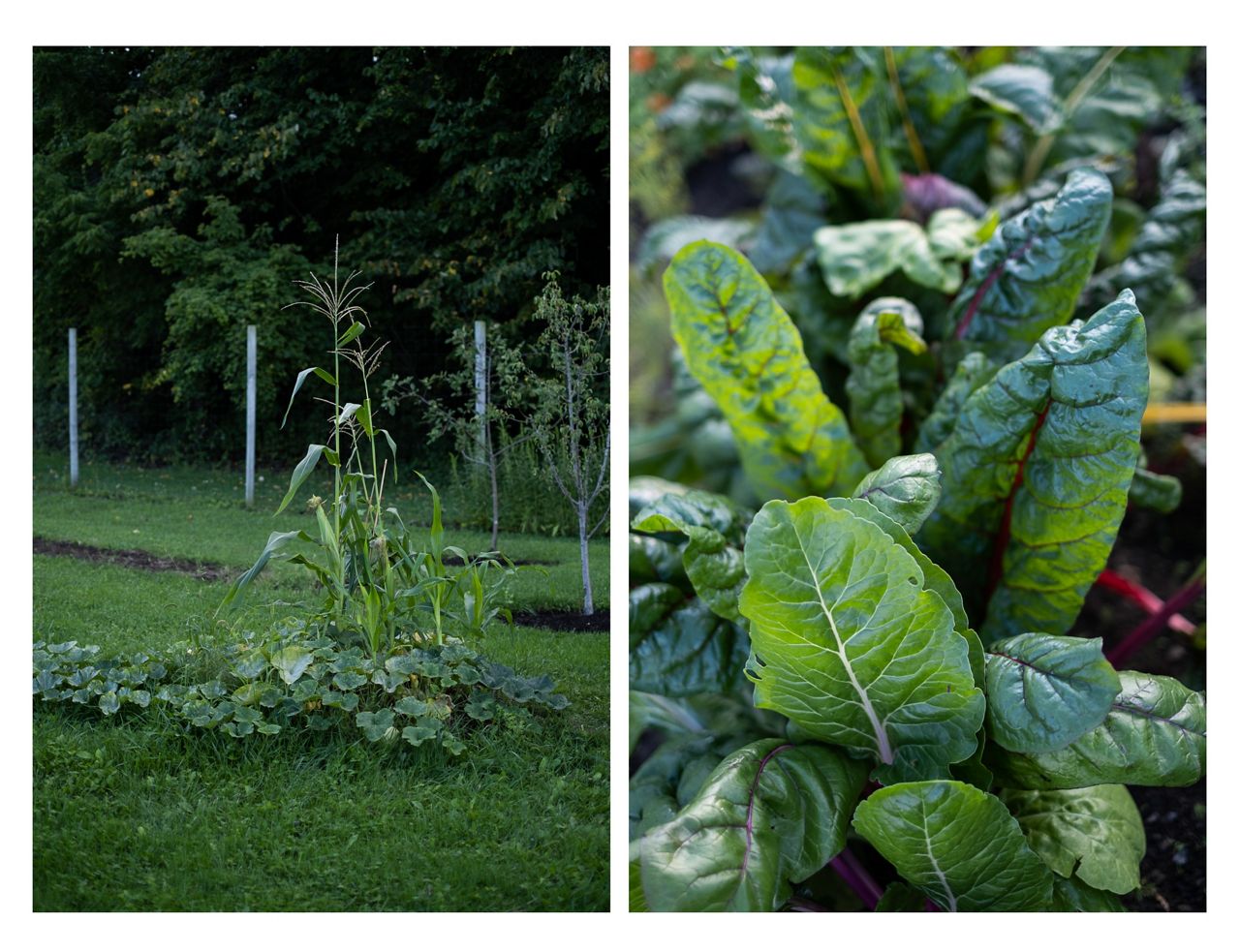 The Three sisters garden on the left and chard growing in Pete’s Giving Garden on the right. (Emily Kenny/Spectrum News 1)

The other two sisters are squash that acts as a natural soil shade and pesticide —beans that help feed nutrients through the soil and structure. More important than any of the three alone is building one community across regions that understands the importance of their history.

“There's this momentum, both here, but also nationally now about the work that we can do,” said Tyo. “I think it's I think it's just framing in that sense that it's not combative. It's it's healing. Like these have grown much better than last year. And all it took was the fact that we have taken care of the land and we've kind of showed it that and so it's taking care of us.” 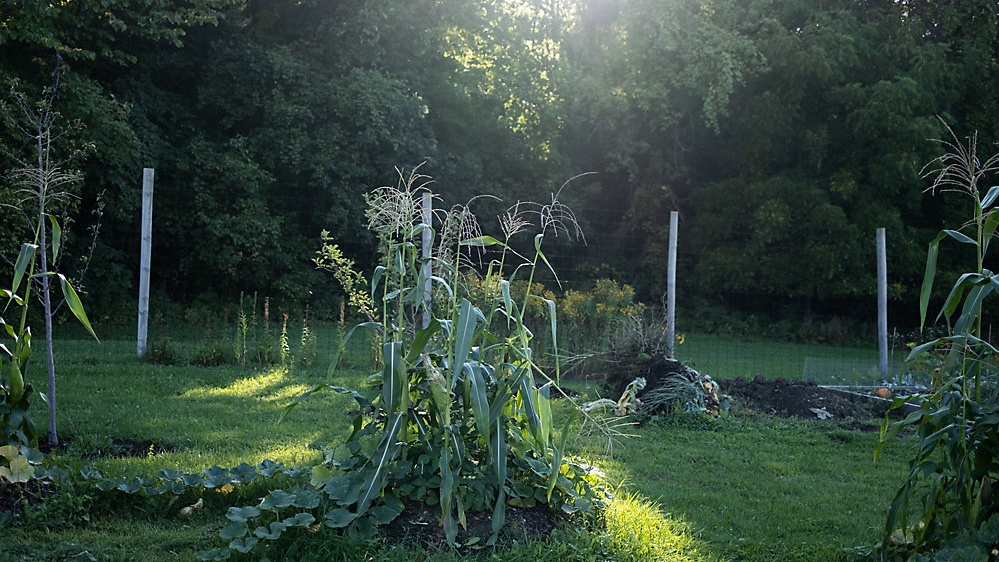 People from the Salt City to the Onondaga nation and beyond are really starting to notice.

“The feedback has been overwhelming and I think it's it's something that I didn't really plan for,” Tyo added. “I've had friends, family, community members, clan mothers, chiefs show up to these events and to see them come to this want to be involved with it and want to speak about it is so impactful and so meaningful. It's not an email. It's not written and the fact that a lot of universities are struggling with how to do that. I think projects like this showcase that have given space for Indigenous students to really create the space for themselves.”

The garden in Onondaga Hills has brought national attention, and with two others working with intent down at Colgate and Binghamton University, it's attention and progress that's spreading. 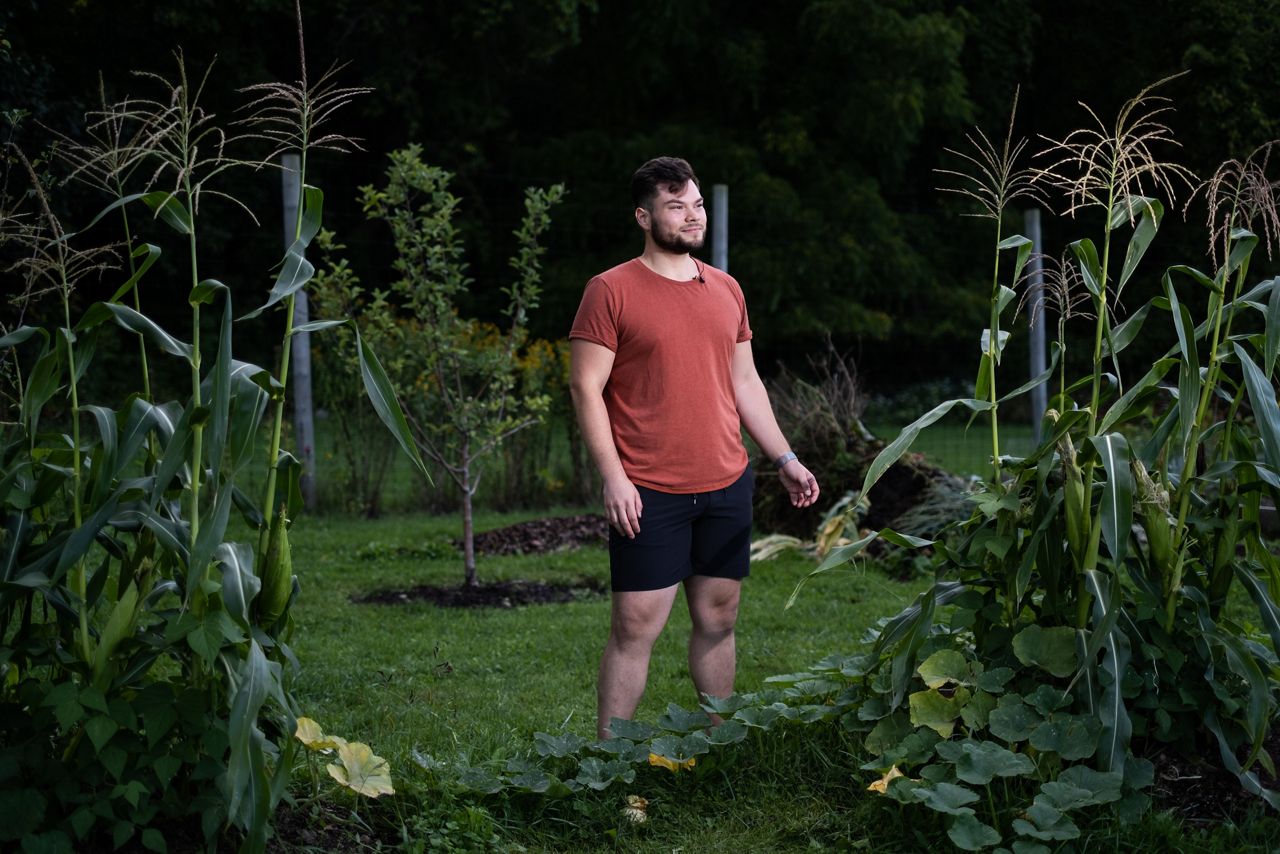 Ethan Tyo stands for a portrait near the Three Sisters Garden he planted. (Emily Kenny/Spectrum News 1)

“Our land needs help and that we need to take care of and we need resources and finances and we need the more knowledge and more science and more projects really be done to help recover this because if I could teach my nieces and nephews about this, if I can bring this back and teach my parents and my family about this, and to show them what corn looks like and what the Three Sisters look like while they're growing,” said Tyo. “We all can relate on these experiences beyond that cultural barrier. It's just about starting that conversation and bringing space for that.”

One of the unique things about these gardens. The beans used for these crops are specific to local tribes and nations. Tyo and company are even keeping records of seeds that even includes some rare seeds native to historic tribes and generational connections. 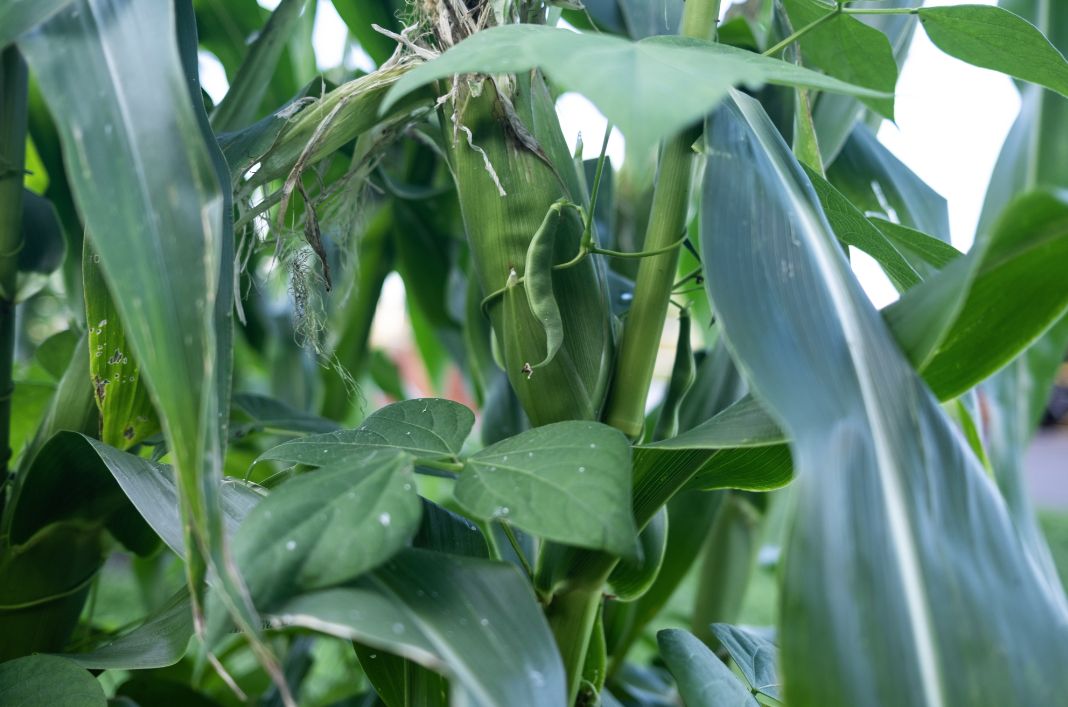 A bean plant wraps around a corn stalk which acts as a natural trellis for the beans in the Three Sisters Garden. (Emily Kenny/Spectrum News 1)