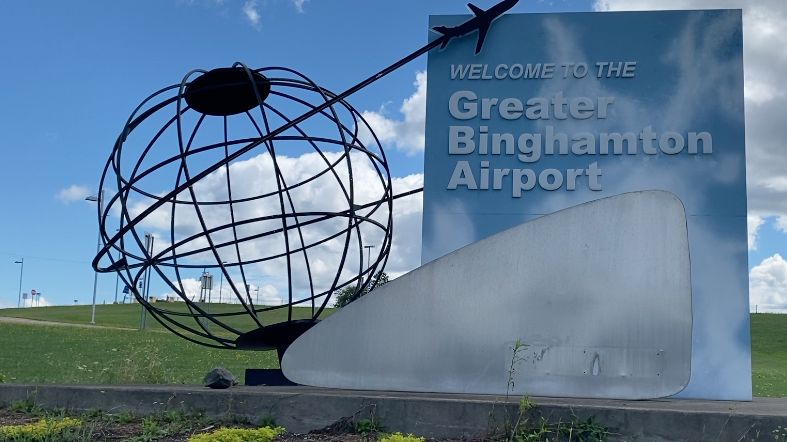 The roars of a jet engine are sounds Broome County residents have been waiting for over two decades. Following years of airlines pulling out of the area, a new one has come on board: Avelo Airlines.

For the first time in recent memory, the Greater Binghamton Airport is celebrating some good news. And for Mark Heefner, the airport commissioner who took over just three years ago, it’s a moment he’ll never forget.

“When I got the phone call, I was actually on the way to the delivery room with my wife, and it was kind of one of those, wow this is amazing, this is even more amazing. It’s a career-defining moment and just makes you extremely proud of our team here and all the work we’ve done,” said Mark Heefner, Greater Binghamton Airport commissioner.

BGM previously offered just one Delta flight a day to Detroit. Now, Avelo plans to offer flights to and from Orlando International and RFW in Fort Myers. They’ll depart twice a week at a low cost.

“We look at those small, convenient airports where we know that there’s not traditionally service, but there’s demand for service. Between our values and Binghamton’s values of being an easy airport where you don’t have to get here four hours early and deal with traffic and what not, you can easily get your vacation spot without having to spend more time in the airport than you do in your destination,” said Courtney Goff, Avelo Air communications manager.

Flights will depart on Tuesdays and Saturdays, offering non-stop travel to Florida. While Avelo is a new company, they’ve already found success in smaller airports across the country.

Heefner expects Binghamton to be no different, and said it could be the start of much more.

“I hope that the community and also the airport looks back at this moment and goes, 'this was a turning point. This is when we made that turn.' This is a monumental time where we started getting back to our prominence. This airport used to be humongous. This airport used to have so much service. We’re getting ourselves back there. We’re climbing out, just like our community,” said Heefner.

The first flight takes off November 16 and starts at $79.