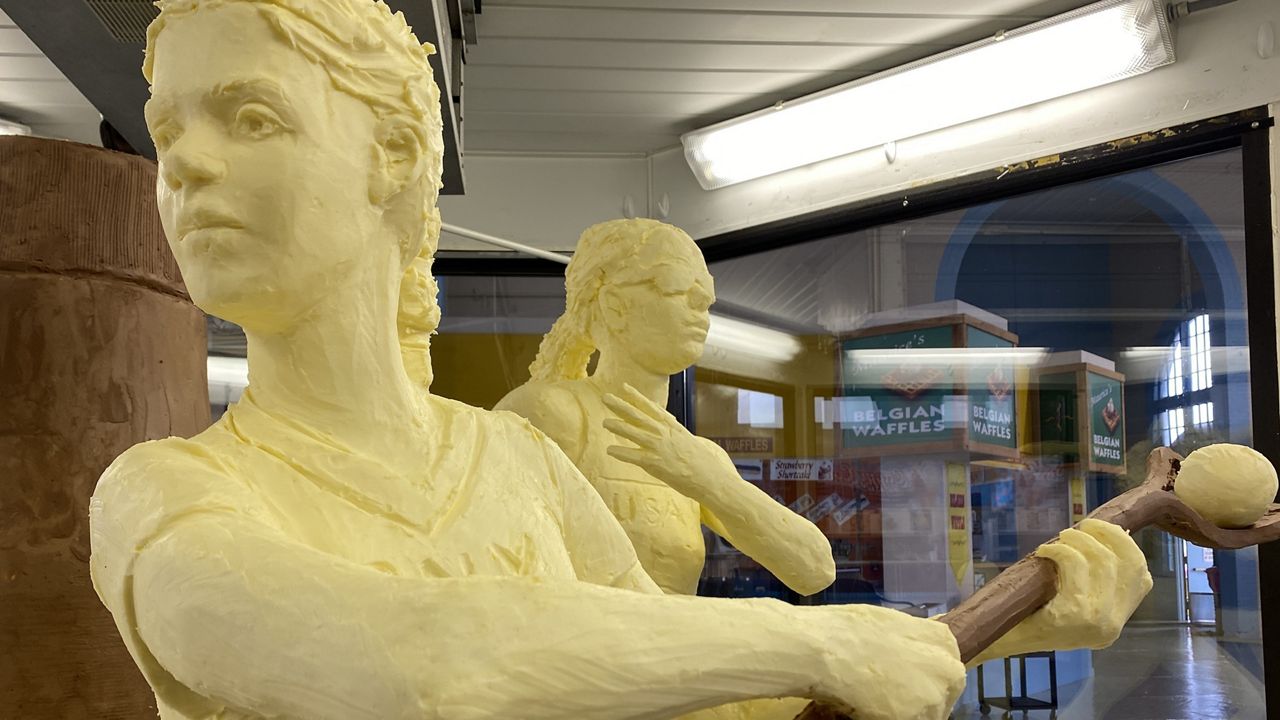 The main centerpiece is a chocolate milk bottle.

Around it are female athletes at different ages, including a young skier, a high school gymnast, college lacrosse player and adult runner.

For the first time in 16 years, there is color included in the sculpture. You can see the brown bottle, balance beam, skis, track and lacrosse stick.

It took 10 days to build the sculpture, which was created by Jim Victor and Marie Pelton. It is made of 800 pounds of butter and was sculpted in a 40-degree room.

This is the 20th year Victor and Pelton made the fair's butter sculpture. When the fair is over, all the butter will be brought to Noblehurst Farms in Linwood to be recycled into renewable energy.

Here are some fun facts about the sculpture from the American Dairy Association North East: