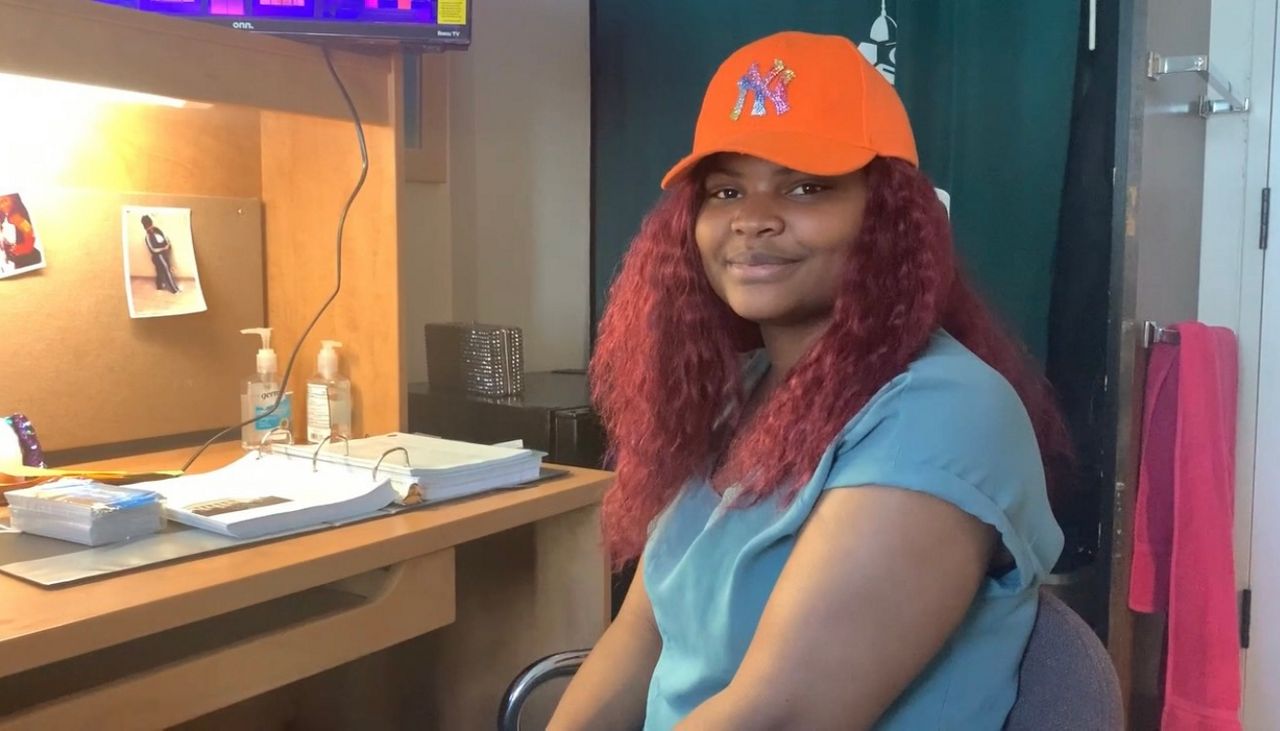 'I got shot on Friday; I went to school on Monday': Syracuse teen battles with homelessness, poverty

In New York state, one out of every five children lives in poverty, according to 2019 U.S. Census data. That’s about 800,000 kids statewide. Syracuse is number one, followed closely by Rochester and Buffalo, with the highest child poverty rates in America.

One teen who experienced violence and homelessness said life is full of uncertainty.

“I got shot Friday. I went to school Monday. Like, it was a lot going on when I got shot," said Khamanyie Richardson.

Homeless and shot at age 14. Now 17, Richardson is still homeless when not in college. She has struggled with housing insecurity and poverty for most of her childhood.

“I have never had stable housing. I'm going home, but whose home am I going to?” said Richardson.

Never knowing what home or shelter she might sleep in, she finds peace and consistency living on campus while attending college, which she began at age 16. Now that the semester is over and she packs up her dorm room, this teenager has no place to live once again.

“I need housing or I'm dropping out of college because college is hindering me from actually getting the housing that I need. School's going out and it’s like, 'Oh my God, I don’t know where I’m gonna stay. I don't know where I'm gonna stay. Where am I gonna sleep at? Where's my stuff gonna go? Where's my stuff gonna be?' So it's harder to pay attention. It's harder to pay attention, but I've just balanced that my whole life," said Richardson.

Her past keeps her focused on her future and staying in school.

“If I quit and I'm going to work, I'm going to be just like everyone else around me because I see them don't go to school, and they're still living the way I don't want to live. They're gonna go right into the system. They just don't follow the pattern. Jail, jail, drugs, jail. I think people knew that I was homeless. But it wasn't my situation that I was homeless. It wasn't because of me. It was just the life I was given,” she said.

Richardson recalled Furman Street in September of 2019, when being homeless literally put her life in danger.

“It was just a random day and just someone came by just shooting, and I just got hit and it was just chaotic. I still don't know who shot me, I still don't know what happened. So it was just a lot. It was a lot to deal with. Walking with, having a bullet with you and nobody caring that much, I was 14 dealing with pain that was unbearable. Every day, I will cry. I don't want to be here because the pain was just so unbearable and I couldn't take it so maybe, maybe God was just saying you gotta take something. I don't know,” she shared.

Richardson is one child out of thousands in poverty, taking something and pushing through homelessness.

Census data shows 42% of Buffalo children are in poverty. Rochester and Syracuse report 48% of their city’s kids are impoverished. ​