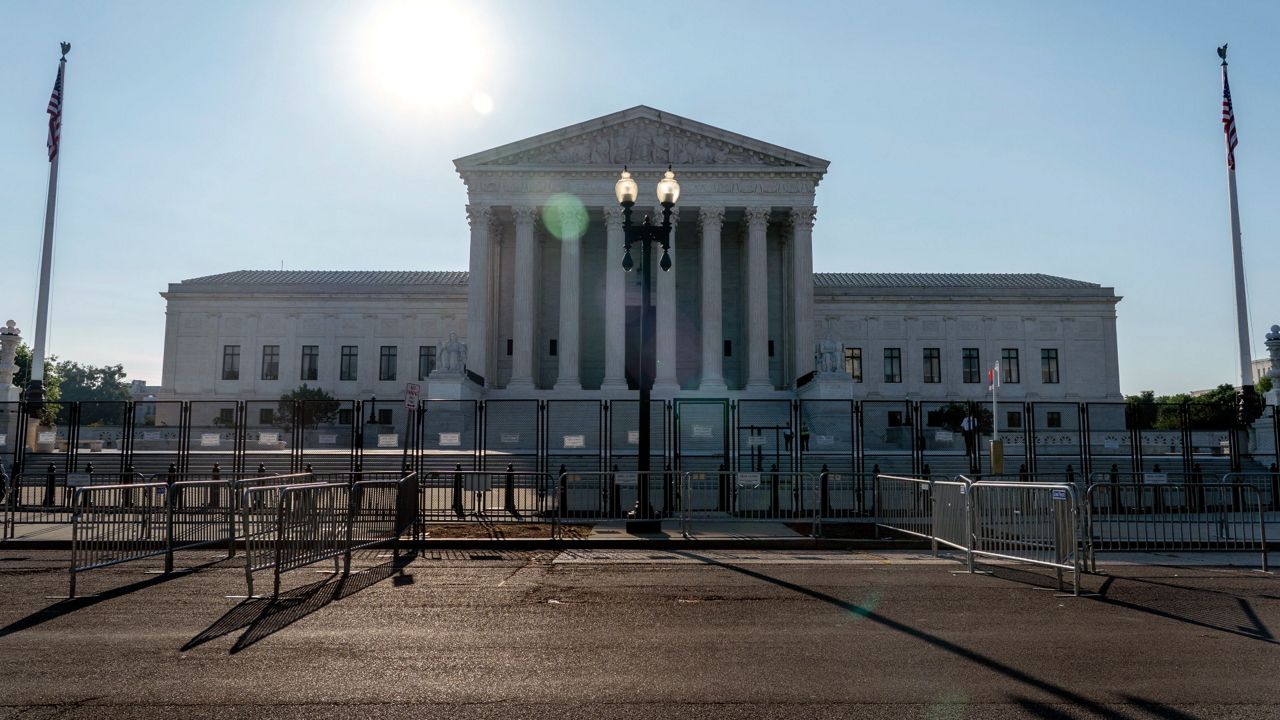 The Supreme Court overturned Roe v. Wade on Friday, prompting outrage from Democratic lawmakers in New York who vowed the state would remain a safe haven for anyone seeking access to an abortion.

In a tweet posted just after the court struck down the landmark abortion decision, Gov. Kathy Hochul said the ruling “rolled back the rights of millions of Americans, disregarding their interests and — more importantly — their lives.”

“Access to abortion is a fundamental human right, and it remains safe, accessible and legal in New York,” Hochul wrote.


Speaking to reporters soon after she posted her statement, the governor noted that the ruling came just one day after the court struck down a New York law that made it more difficult to obtain a concealed carry license.

"This is what happens when extremism takes over… we lose our ability to protect our citizens from gun violence and women will lose the right to make a decision... about our own bodies," @GovKathyHochul said following the Supreme Court's ruling striking down Roe v. Wade. pic.twitter.com/p9YTUlOQhr

“The Supreme Court, one day ago, tells states, state leaders like myself, that I don't have complete control to determine who should be able to carry a gun in a place like this,” she said. “But that same Supreme Court has no problem stripping away a woman's right to control her body, and allowing states to regulate her decisions.”

“This is what happens when extremism takes over, not just our country, but has infiltrated the Supreme Court of the United States of America,” she added. “We lose our ability to protect our citizens from gun violence, and as women, we lose the right to make a decision, a very personal decision, about our own bodies.”

New York Attorney General Letitia James called the decision “one of the darkest moments in the history of this nation.”

The Supreme Court's vicious decision to overturn Roe v. Wade is one of the darkest moments in the history of this nation.

Make no mistake: While other states strip away the fundamental right to choose, New York will always be a safe haven for anyone seeking an abortion.

“Make no mistake: While other states strip away the fundamental right to choose, New York will always be a safe haven for anyone seeking an abortion,” James tweeted.

"There is nothing to call this Supreme Court opinion but an affront to basic human rights and one that aims to shackle women and others in reproductive bondage," Adams said in the statement.

At a news conference Friday afternoon, he called on state and federal lawmakers to pass legislation to protect abortion rights.

“We should look at every law that’s possible in the state, and we should, just as we’re going to ask the governor to return to Albany to deal with the right to carry, we should deal with this issue,” he said. “But let’s be clear. If we pass something in the state, we’re leaving our sisters behind in other states. This is a national problem. It is time for national leadership to step up and solve this problem.”

Adams’ remarks came after his five female deputy mayors and chief housing officer, Jessica Katz, spoke out against the ruling.

One of his deputy mayors, Anne Williams-Isom, said she thought about her two daughters after the ruling came down.

“Because the truth of the matter is, being a mother is the best job I have ever had, and I love it so much, but when I was 18 years old, I was not ready to be a mom,” she said. “So if I didn’t have access to a safe, affordable abortion, I would not be with you today. I wouldn’t have the life that I wanted to have. I wouldn’t be able to be the mother that I want to be.”

“At 18, I wasn’t financially ready, socially ready, emotionally ready,” she added. “So today is so important for all of those people throughout this country that do not and are not as safe as they need to be.”

Adams, meanwhile, shared two personal stories about the impact the issue had had on his life.

There is nothing to call this Supreme Court opinion but an affront to basic human rights. Join us now at City Hall. https://t.co/kRT7PRVgqP

“I was 15. And I just got home from being arrested, and Linda came to me and she said, ‘Eric, I’m pregnant. And look at your life,’’” he recalled, without elaborating on the nature of their relationship. “And it was my desire, automatically, just to say, ‘Linda, keep the baby.’”

“She said, ‘Eric, you’re arrested. You’re not going to school. What future is this baby going to have?’ And she made the decision that was smart for both of us. She made the right call. Because she was empowered, she was in control,” he said.

Years later, when the mother of Adams’ son Jordan learned she was pregnant, she “made the determination she wanted to have her son,” the mayor said.

Friday’s ruling, Adams went on to say, marked “the erosion and destruction of the ability of women to have and be empowered.”

“This decision will fundamentally alter the role of women in our society by constraining their freedoms and challenging their autonomy,” he said. “A direct attack at women in this country.”