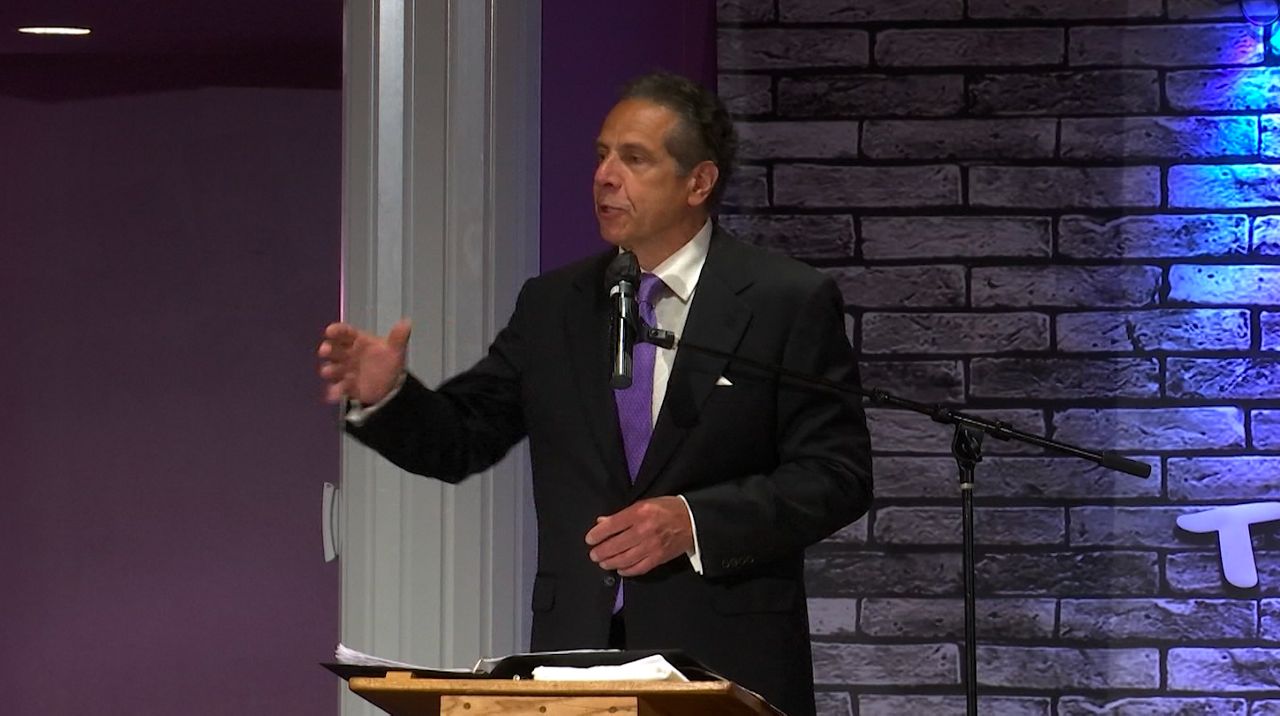 Cuomo spoke at the True Bethel Baptist Church in Buffalo on Sunday and denounced the shooting that killed 10 people and injured three more.

“This race-based mass shooting goes back to the old days,” Cuomo said. “It’s like the lynchings. Instead of a noose, they use an assault rifle. That’s all this is.”

Cuomo himself signed a number of new gun laws into effect after mass shootings across the country, including a Red Flag Law, which prevents people from buying or possessing a gun if they’ve shown signs of hurting themselves or others.

Investigators say the shooter made threats of violence to himself and others back before he was old enough to buy the gun in the shooting, but that didn’t pop up as a red flag when he bought the rifle.

“That is supposed to be reported and I don’t know if that law worked the way it was designed to," Cuomo told reporters.

Gov. Kathy Hochul wants to know how that fell through the cracks.

“That is my first question as to what happens there and I want to know what happened to the application of our Red Flag Law which I championed across the state," Hochul said in an interview earlier this week.

Hochul has signed an executive order requiring training for state police to report a red flag if there’s probable cause.

Now the legislature hopes to act on a number of gun control measures.

Democratic Assemblywoman Amy Paulin has several bills in the works, including:

“There’s always this debate between 18 and 21 tobacco alcohol everything else," Paulin said. "But we’re learning towards 21 in most of those instances but not yet for guns and I think the time has come.”

The executive director of the New York State Rifle and Pistol Association says more laws may not be the answer, since the last decade’s worth of new gun laws didn’t stop the shooter. Executive Director Tom King says criminals likely won’t follow new gun laws, so he says the state should focus on enforcing the current laws on the books.

“A criminal is a lawbreaker,” King said. “A lawbreaker has not obeyed the laws and has broken the laws in existence. What makes anyone think he’s going to obey a new law just because it’s passed?”

The legislature returns to session on Monday. If lawmakers plan on passing any of these bills, they’d have to do that before June 2, which is their last day of session. Former Gov. Cuomo says a quicker fix is to enact a federal ban on assault weapons.